Russia’s decline is visible to everyone, including China, despite its grandiose claims and attempts to bury history. 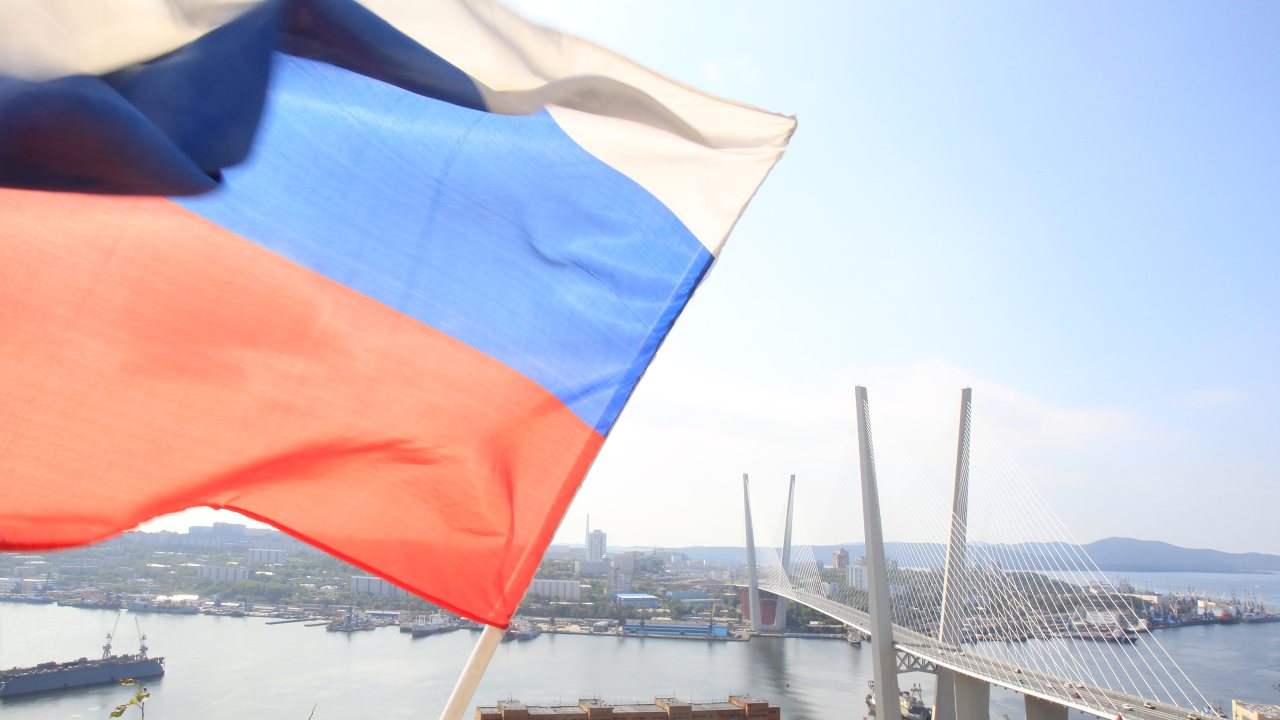 Photo: A Russian national flag flutters in front of a general view of a new bridge over the Golden Horn bay in the Russian far-eastern city of Vladivostok September 10, 2012. Credit: REUTERS/Sergei Karpukhin.

In 1997, the First Opium War officially ended with the British administration and forces leaving Hong Kong. The Second Opium War is still ongoing, since the Russian Federation continues to occupy the Amur region and Outer Manchuria. This land area was extorted from China in 1860 during the Second Opium War, under threat to set Beijing ablaze.

Surely no one these days thinks of returning Vladivostok to China?

Let’s first understand the limits of Russia’s expansive claims to territory it does not currently occupy. The Kremlin or its servants claim any terrain that has been Russian territory or under Russian administration for the last 800–900 years, or has a Russian-speaking population. These claims include Alaska, Ukraine, Finland, Estonia, Latvia, Lithuania, and Moldova. Russia also sees any country that was a part of the defunct Soviet Union as part of the Russian Empire, which must at the very least accept Russia’s authority, or risk being brought back to the fold at any time. Putin has for years talked about Russian peace, or Russkiy Mir, as the natural end state. The concept is pure Soviet ideology; mir was the happy state of global harmony achieved once the Soviets had eradicated all obstacles to socialism.

Putin further enunciated this idea at the St Petersburg Economic Forum on June 17, when he asked, “What is the Soviet Union? It’s historical Russia.” He then attempted to reassure anxious neighbors that they were unlikely to be invaded (unless they took the Ukrainian path.)

The trouble with old territorial claims against others is they’re just as likely to have claims against you. So Russia has a potential counterclaim clan composed of Finland after the loss of Karelia, Viborg, and Petsamo, and other countries such as Georgia. As things stand, the irredentists are silenced by the disparity in power between Russia and minor countries.

Not so China. Its claims to Russia’s Far East are fact-based and indisputable. Chinese maps from the 13th century show the area around Vladivostok as Yongmingcheng, and to this day the port itself is still called Hǎishēnwǎi alongside the Russian imperial name of Vladivostok. From a Chinese and Korean perspective, the name Vladivostok must feel as natural as Salisbury, as Zimbabwe’s capital was formerly known, in Mashonaland.

It is notable that public discourse on decolonization regularly avoids any mention of Russia’s continuing colonial occupation. Maybe it is time to change that.

Once understood, Putin’s selective imperialism becomes glaringly obvious. Treaties and agreements are subservient to the Kremlin’s understanding of history, or Russian military power, whichever is the greater.

Chinese (and Korean) claims over the Russian Far East are significant. There was a substantial Chinese population in the Russian Far East until Soviet mass deportation to China; ethnic cleansing of the Far East peaked in the 1930s. Before the Russian revolution, the Chinese made up 41% of the registered labor force in the then Amur and Primorsk oblasts. The actual number was likely higher as many Chinese did seasonal cross-border work as day laborers. Ethnic Russians were likely the minority, which is what drove Stalin, as always, to select the inhumane policy of mass expulsion to guarantee Russian supremacy.

What does modern China make of this? For now, it is content to ally with its fellow global disruptor in an axis fueled by discontent at the continuing dominance of the US and a supporting cast of allied democracies. Despite the laughable imbalance between the two (Chinese adjusted national wealth is more than 5.5 times that of Russia), the Communist party (CCP) is getting cheap oil and gas from Putin’s regime while helping to prop up a large, if failing, autocracy.

The real strategic upside for China is a continued deterioration of Russia’s economy and abilities (it is, for example, short of more than 170,000 IT staff after a post-invasion exodus), and population — 2020 saw its largest recorded peacetime decline following huge numbers of pandemic deaths. Officials have warned that it may lose another 12m of its 145m population by 2035.

Russia is rotting, giving China a huge range of options with its declining neighbor. If current trends persist, China can reasonably expect its old territories to one day fall into its lap.

The CCP has a long memory, as it has made clear over the years with sometimes splenetic outbursts aimed at Japan and the UK, and their role in its history. Will Russia get a free pass? That seems hard to believe.

But China can hope to decolonize the Far East by simply continuing the current long-term strategic path. This doesn’t undermine access to Russian resources because the Kremlin is ever-more reliant on its giant neighbor’s goodwill to prop up the economy. Past attempts to diversify with Japanese and South Korean investment have failed, not least because Russia swiped the Kuril Islands at the end of World War II and refuses to discuss the matter. That tentative relationship is anyway now sanctions-bound.

Seen in this light, China can take its time.

The Chinese population is 10 times that of Russia and yet each Russian has 17.5 times more land per capita than his/her Chinese counterpart. Chinese farmers already work on Russian soil in the Far East and businesses have a strong presence.

Chinese leaders may well have a better understanding of Russian decline than their Western counterparts. Russia is not a superpower but is treated as a superpower. There is a reason why Russia constantly threatens the use of nuclear arms; the country is an economic dwarf compared to its geographical size.

Russian GDP is only nine times greater than the revenues of the American retailer Costco. The economic strength of Russia is limited; natural resource sales produce cash flow that can be distributed to keep the Russian people calm and elites happy, but not much else. Almost no one outside Russia seeks to buy Russian cars, household appliances, or TVs.

It confounds logic for China to treat Russia as a superpower and an equal when Russia has a tenth of the economic torque, unless China itself has fallen for the Russian propaganda and sable rattling.

Sun Yat-Sen, the nationalist father of modern China, pushed for the decolonization of the Russian Far East and the resettlement of Han and Manchu Chinese on their ancestral lands, until the Chinese Revolution halted further discussion. But even these days, Chinese spokespeople splutter when reminded of its past status.

Will China now get tough on Russia and raise its demands, now that the Russian Far East is drained of military units, while the Kremlin has made itself an international pariah and its economy groans under the weight of Western sanctions? Probably not.

For now, Vladivostok can continue under the Russian flag with the certain knowledge that one day it’s more than likely to become Hǎishēnwǎi, a city in China once again.

Jan Kallberg, Ph.D., LL.M., is a Nonresident Senior Fellow with the Transatlantic Defense and Security program at the Center for European Policy Analysis (CEPA). He is a former Research Scientist with the Cyber Operations Research Element (CORE) with the Army Cyber Institute at West Point. He teaches part-time as a Faculty Member with George Washington University and New York University. Follow him at cyberdefense.com and @Cyberdefensecom.