The European Commission has given Georgia a warning signal and an opportunity on the road to membership. 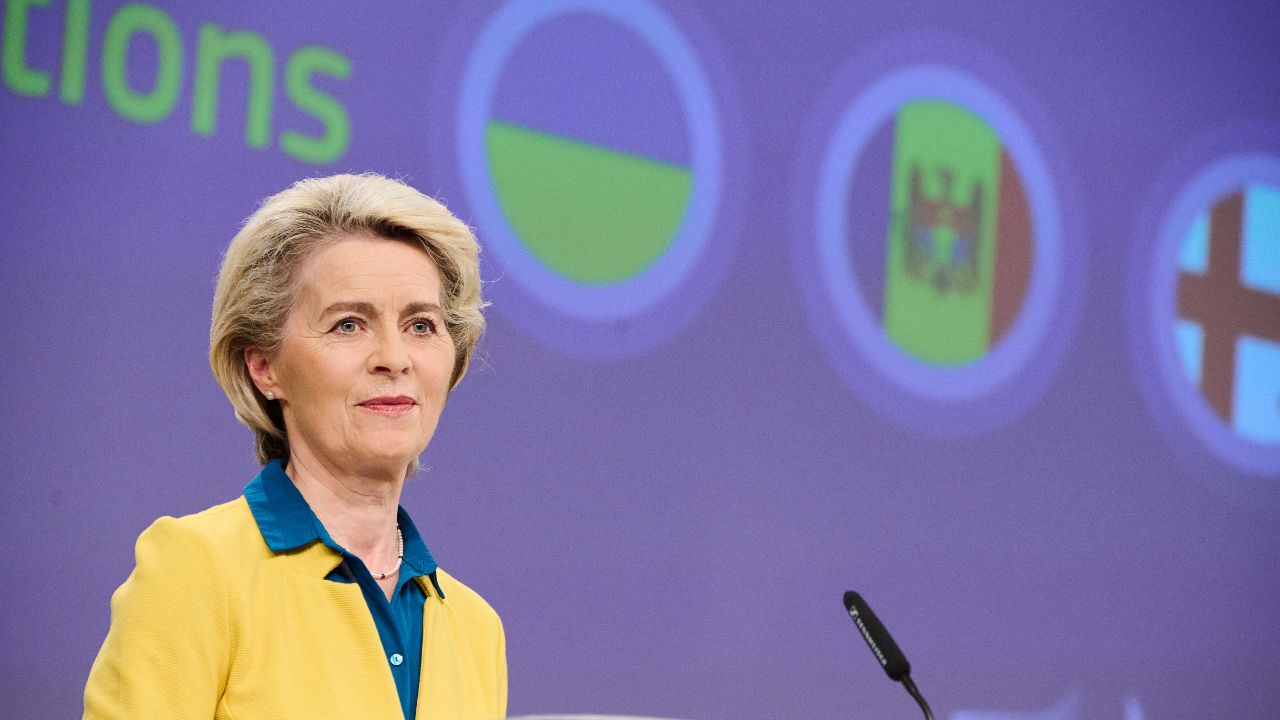 Photo: A press conference on the European Commission’s opinions on the application for EU membership submitted by Ukraine, Georgia and the Republic of Moldova as invited by the Council. Credit: Dati Bendo, European Union 2022.

Georgians understandably responded with dismay to the June 17 news that it was now officially behind Ukraine and Moldova in the effort to join the European Union (EU.) The June 20 demonstrations in Tbilisi in support of EU membership showed as much — they were the largest in years. Yet Georgia’s government and opposition can together turn this setback into an opportunity for concrete progress on the criteria set forth by the Commission before it issues its progress report at the year’s end.

The country’s opposition was quick to point out that the Commission has put Georgia in a lesser category than Ukraine and Moldova. Whereas those two states were recommended for immediate candidate status — on the understanding that certain reforms are implemented — Georgia will only reach the same point after such measures are put into effect. The opposition says this differentiation is the result of the government’s democratic backsliding and that Georgia risks being left dangerously behind.

The government will rightly point out that EU candidate status itself is purely symbolic and offered only because Ukraine is defending itself in a war. (Turkey is also technically an EU candidate but has little prospect of membership, even in the medium term.) In reality, it will be the actual alignment of Georgia’s political, economic, and judicial systems through legislation, regulations, and effective implementation – concretized in the course of accession negotiations over many years – that will determine Georgia’s EU membership. And from this perspective, regardless of perceptions of recent backsliding, Georgia still stands equal to if not ahead of the others.

Both arguments have merits, but they miss two larger points.

First, the Commission’s own words are important: the number one issue the Commission urged Georgians to address is political polarization. Still remembering the rejection of the April 19 Charles Michel Agreement — first by the United National Movement, and later by the government — the EU is telling Georgians they must identify and pursue a national interest greater than any individual or party interest.

Any American talking about political polarization must do so with humility, as the United States is itself extraordinarily polarized. But American institutions are independent, strong, and are proving effective, despite such problems. Georgia has no such track record.

The Commission is saying to Georgia that blame-casting and finger pointing, while failing to work together to solve key national challenges, is not a pathway to the EU. Polarization does not end when one side tells the other to stop being polarized. The signal from the EU is that Georgians must find a way to disagree fundamentally in some areas, while working together on other issues of fundamental national interest, all within the construct of democratic institutions.

Second, despite this warning signal from the Commission, the window for Georgian EU membership is now open for the very first time. This is a historic development. For years, under governments led by both the United National Movement and the Georgian Dream, the country was seen as a regional leader in economic and political reform. Yet despite such positive assessments, the window on EU membership remained closed, as Europe itself was not prepared to contemplate a new eastern enlargement.

Now, this has changed. Thanks to Russia’s unprovoked and brutal aggression against Ukraine and Ukraine’s steadfast defense of European values, the Commission has recommended opening the possibility of EU membership to Ukraine, Moldova, and Georgia. The Commission is essentially acknowledging that maintaining such “grey zones” has invited corruption and conflict that threaten Europe itself, and that the solution is to open up to eastern enlargement. This process will still require progress by the aspiring states themselves, but the EU will now be strategically “open” to their success.

With this in mind, the EU Commission has given Georgia a roadmap. This must not be dismissed lightly. By identifying concrete issues relating to political polarization, the judiciary, the electoral process, and respect for the Venice Commission’s recommendations, the Commission is telling Georgians what they must do to take advantage of this first-ever strategic opening.

This is an opportunity that Georgia must not miss. Consider the economic difference it will make to the grandchildren of today’s Georgian voters as to whether or not the country is an EU member state. Consider the security implied by EU membership, and guaranteed by NATO membership, which would be more likely if Georgia was entering the EU.

The best response to the Commission’s recommendations, and the EU Council’s ultimate decision on June 24, will be to establish a non-partisan, technocratic commission, including international and domestic experts, to draw up proposals on how to address every one of the Commission’s recommendations – and to present this for review and approval by a special parliamentary commission made up of all parliamentary parties and convened solely for this purpose. Former government officials from both GD and UNM governments who are now out of politics could help shepherd this process.

Time is of the essence. Of course, there will still be differences among parties on how specific issues are handled. But they should give themselves a deadline for producing progress on these matters this autumn, before the Commission prepares its progress report on Georgia by the end of 2022.

Without such concrete steps, the symbolic separation of Georgia from Ukraine and Moldova made today may become more than symbolic tomorrow.