Putin’s war is transforming European security. But not yet fast enough. 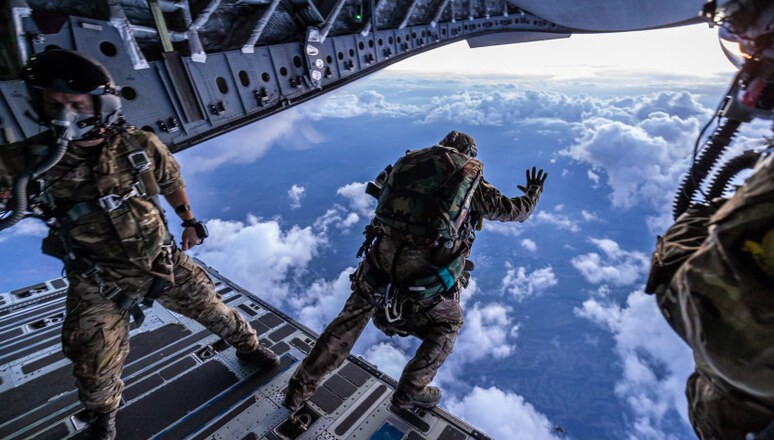 Photo: Troops from NATO Allies and partners are taking part in a series of long-planned military exercises stretching from the High North to the Balkans to enhance the readiness and interoperability of NATO forces. Credit: NATO.

Wishful thinking used to be the Leitmotiv of Western thinking about the Baltic Sea region. Outsiders’ contribution to these frontline countries’ security rested on the belief that a tripwire military presence would protect them from Russian aggression. If triggered, the tripwire would bring immediate reinforcement; if necessary, the full might of the Western alliance would be brought to bear on Russia to liberate conquered territories.

In truth, NATO countries mostly lacked the stocks of weapons and equipment to fight a serious war with Russia. Reinforcement plans, promised in 2016, never materialized. Nor did investments in military mobility. Whereas the British troops in Estonia, and the much larger American forces in Poland, looked like serious deployments, others (such as the multinational Canadian-led force in Latvia and the German presence in Lithuania) seem more symbolic.

Russia’s attack on Ukraine on February 24th reduced this approach to tatters. The Kremlin’s risk appetite is far higher than the wishful thinkers assumed. Russia’s bestial treatment of civilians in occupied Ukraine reminds Estonians, Latvians, and Lithuanians of the trauma they suffered under Soviet rule. It is morally and strategically imperative to defend the Baltic states at the start of a conflict.

Creating the necessary defense arrangements in the Baltic states will be hard. But the decision by Finland and Sweden to join the alliance will help. A decade of strategic contortion is over. Intelligence-sharing and decision-making, for example, no longer have to bridge the gap between NATO and non-NATO countries. Yet many details remain to be worked out (among others: the command structure, location of headquarters, new defense plans, maritime strategy, and force posture).

For now, as previously, the United States is filling the gap. On February 24, four hours after Latvia’s defense minister Artis Pabriks was woken with news of Russia’s attack, American warplanes were landing at Riga airport. The anecdote, told by Pabriks at this weekend’s Lennart Meri Conference, held in the Estonian capital Tallinn, illustrates the centrality of the US role in regional security. But indispensability is a vulnerability. Would the US reaction have been so prompt under the former (and perhaps future) President Donald Trump? The Baltic states worry privately that American decision-makers have long yearned to shrug off some of their European responsibilities;  perhaps now they will ask Sweden and Finland to do more. The Baltic dilemma is that broadening the burden-sharing eases an American drawdown. But relying solely on one country is inherently precarious.

The underlying problem is trust; many European countries, seen from the eastern flank, are still squishy on security. France is plagued by presidential egotism. Germany may have dumped its disastrous Russia policy, but has yet to find a credible new Ostpolitik focused on defending NATO’s eastern flank. The pace and scope of the Zeitenwende are both too much for some Germans, but disappointing for countries that need to rely on Berlin. Pabriks stated bluntly in Tallinn this weekend that the Baltic states’ trust in Germany is now “close to zero”.

Other Baltic leaders are less gloomy. But continental Europe’s divisions are exemplified in attitudes to Ukraine. Countries in the north and east mostly believe the only acceptable outcome is for Russia to be decisively defeated. Countries to the south and west want a ceasefire, with the Kremlin being allowed some face-saving territorial gains. At Ukraine’s expense, naturally. Hanna Shelest, an analyst from Odesa, gained applause from conference-goers when she suggested sharply that Italy’s Lake Como could just as easily be a bargaining chip.

Seen from Tallinn, Ukraine and its fate are close, almost unbearably so. More distant countries can still wallow in wishful — and dangerous — thinking.