The pace of events is accelerating as key battles rage against Russia in Donbas, Western European leaders visit Kyiv and the EU decides on Ukraine’s candidacy. 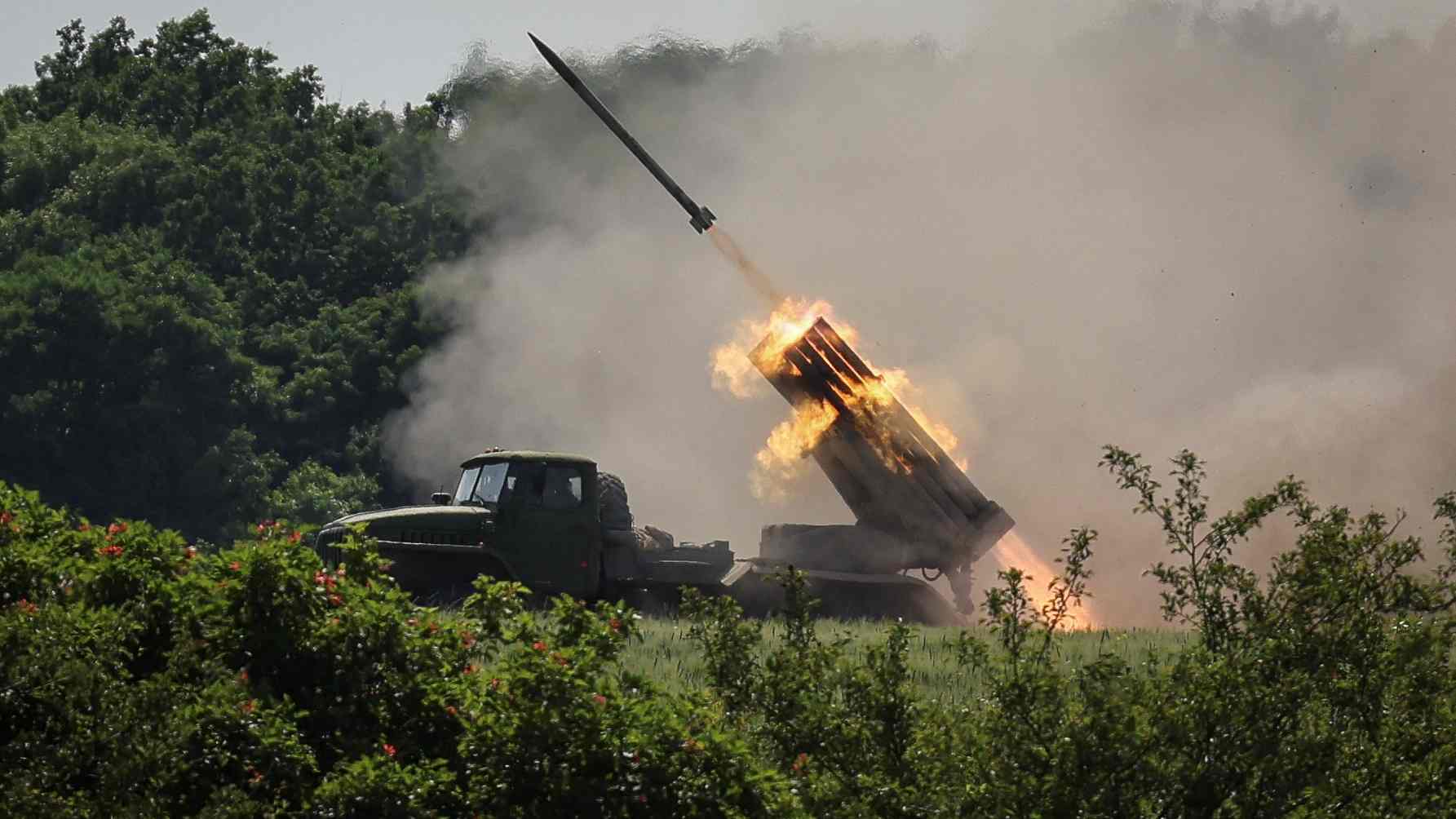 It’s mid-June, and a crucial battle for Donbas rages in Eastern Ukraine, with Russia seeking to grab as much Ukrainian territory as possible, as Putin’s recent remarks have made obvious. The nearly four month long conflict is no longer said to be about NATO enlargement, elusive Nazis, secret biological laboratories, or any other ludicrous pretext: Russia’s dictator has very clearly laid out his imperial ambitions, comparing himself with Peter the Great, and laying claim to all lands that once belonged to Russia — in Ukraine and far beyond.

Despite the rousing rhetoric, Russia’s successes on the battlefield in Ukraine have so far been modest. Having failed to capture any major city, with the exception of Kherson, and after razing Mariupol to the ground, Russia concentrated on seizing control of the entire Donetsk and Luhansk regions. In recent weeks, the war in Ukraine has been transformed into a battle of attrition, fought mostly with artillery. A victor may emerge in the coming weeks. Western ammunition can help to turn the tide in Ukraine’s favor – but it would need to arrive quickly and in much larger quantities (some reports suggest the Russian artillery preponderance is 20:1.)

Ukrainians badly need more Western weapons, and the human toll of their extraordinary resistance is rising. President Volodymyr Zelensky said Ukraine is losing up to 100 soldiers killed daily, other officials said the number might be closer to 200. This means 3,000-6,000 dead every month, and takes no account of civilian casualties. Ukrainian resistance and resilience has inspired the world: but it has come at a huge and rising cost. Tens of thousands dead, among military and civilian casualties, economic collapse (with GDP this year forecast to have dropped by as much as half), destroyed cities and infrastructure, and as many as 7 million refugees abroad, willing, but still not ready to return as Russian missiles continue to strike across Ukraine. Helping the country to defeat Russia on the battlefield would greatly limit these costs and would not allow Russia precious time to rearm and regroup.

Ukraine’s future may be decided in June not just at the military, but also at the political level. On June 17, the European Commission will announce whether it recommends Ukraine be granted the EU candidate status.

A day before, a trio of the European Union’s (EU’s) three biggest states, Olaf Scholz, Emmanuel Macron, and Mario Draghi, are expected to visit Kyiv (the story, initially leaked to the Italian media, has not yet been officially confirmed by Germany.) They are expected to express support for Ukraine, but fears have been expressed that (given past behavior) they might attempt to pressure Ukraine into concessions and some sort of a premature peace deal with Russia.

Quite apart from the past approach of the EU’s big three, their current policies also fuel concerns in Ukraine — Scholz’s promises to provide heavy weapons to Ukraine have not yet been fulfilled (and Germany is reportedly stalling the delivery to Ukraine of Spanish Leopard tanks.) Macron’s regular calls to Putin and his preoccupation not to “humiliate” the Russian leader, caused an uproar in Kyiv. While Draghi has been commended for Italy’s support of Ukraine’s EU candidacy and weapons provision, his proposal of a four-point peace plan was seen in Ukraine as unacceptable.

But the prospect of approving, or otherwise, EU candidate status for Ukraine gives the EU states powerful leverage. Whether Ukraine receives a green light will be announced at the June 23-24 EU Council meeting.

Ukraine’s government, civil society, and population have high hopes. Support for EU membership has been growing steadily in Ukraine since 2014, reaching peak levels after Russia’s full-scale invasion. Ukrainian NGOs and civil society organizations have been battling for years to bring the country closer to the EU standards, advocating for reforms and the fight against corruption. Significant progress has been achieved in both of these areas, despite Russian aggression. If anything, it made Ukrainians value their democracy and freedom more and work harder to strengthen institutions, increase transparency and eradicate corruption.

Granting Ukraine EU candidate status would boost Ukrainian morale and encourage further reforms, as leaders of 200 Ukrainian civil society organizations have stated in an open letter. It will serve as a pull-back factor for millions of Ukrainian refugees who are pondering whether they should return to their home country and what future awaits them there. Conditional EU support for membership would ensure that transformation of Ukraine continues.

Putting Ukraine on a real rather than a rhetorical track to join the EU would also be in the bloc’s interest. Candidate status would provide a legal framework and reassurance to foreign companies seeking to invest in Ukraine’s post-war reconstruction.

Ukrainians are aware that granting the EU candidate status to Ukraine is a first step and years would pass before the country was able to match the membership criteria. But it’s hard to overestimate the symbolic importance of this decision. Since 2014, Ukrainians have paid with thousands of lives for their desire to be a part of the democratic and free world. It would be a huge blow if their hopes are shattered again.

The NATO summit in this month’s dying days, from 28-30 June in Madrid, will also be watched closely. While Ukrainian officials no longer talk about alliance membership, they stress that post war Ukraine will need security guarantees against further Russian aggression. At the moment, only NATO, or at least its biggest members, can provide such a commitment.

Russia’s invasion of Ukraine was made possible by marooning the country beyond Western political and security architecture. It is now clear that designating the country as a “buffer zone”, or a “bridge between West and Russia” is not sustainable. Ukraine deserves to be fully integrated into the institutions of a free and democratic world, according to the stated desire and sacrifice of its people. The democratic world can only benefit. In this sense, decisions taken at the EU and NATO summits in late June will determine both Ukraine’s future and that of the free world.

As an acquaintance from Ukrainian civil society said recently: “We are aware that the window of opportunity is small. It will close at the end of June, at most by the end of the summer. Westerners will go on holiday, and then a new political season will start, with other issues on the table.”

The West still has a pile of homework to do before its summer break. Ukraine must not be left alone.

Olga Tokariuk is an independent journalist and Nonresident fellow at CEPA. She lives in Kyiv but has been forced to move elsewhere in the country by the Russian invasion.