Europe: A Time for Choices

Nothing would signal European solidarity more clearly than to see neutral nations apply for NATO membership. 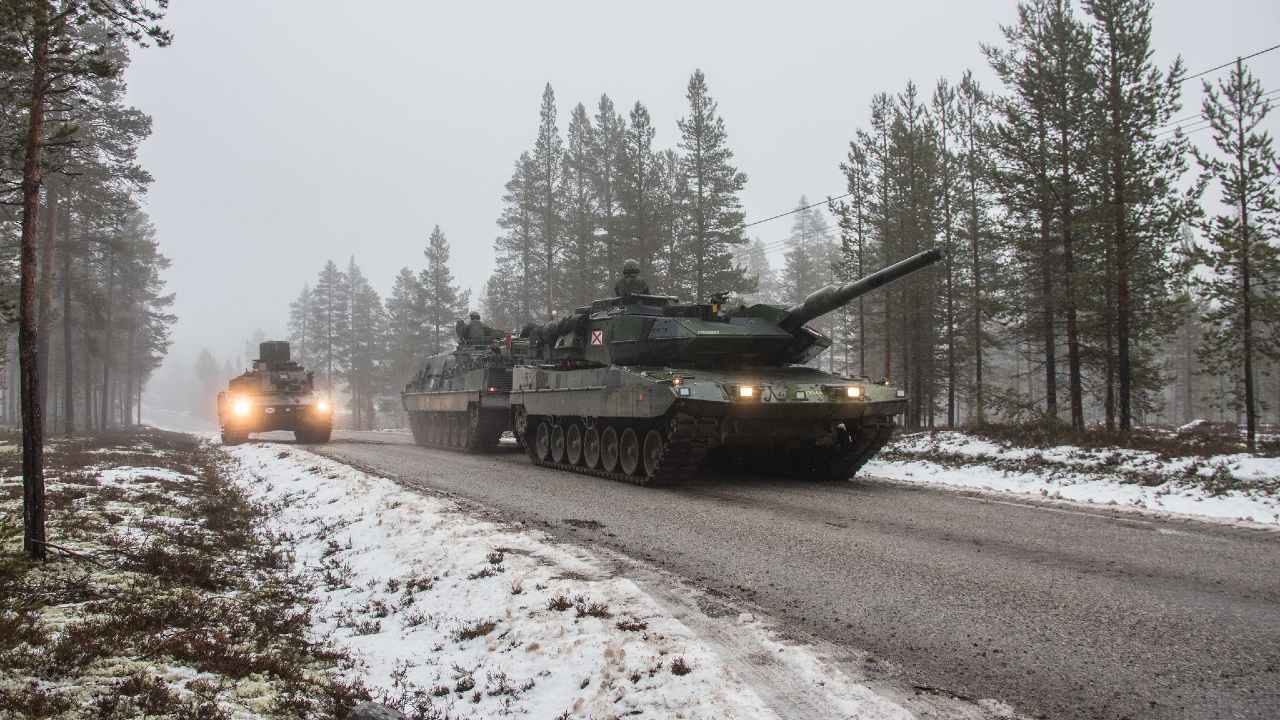 Nothing would signal European solidarity more clearly than to see neutral nations apply for NATO membership.

Florence Reese of Kentucky wrote the lyrics to one of the American labor movement’s most enduring recruitment tools during the 1931 Harlan County War, when mining interests and government officials conspired to break a miners’ strike:

“They say in Harlan CountyThere are no neutrals there.You’ll either be a union manOr a thug for J. H. Blair.

The song re-emerged as an anthem for African-American civil rights activists in the 1960s. Today, it’s time to migrate “Which Side Are You On?” to Europe:

“You’ll stand with the Ukrainians

Or be Vlad Putin’s pets.”

Nothing would signal European solidarity more clearly than to see neutral nations apply for NATO membership. A few thoughts:

Finland may be the most logical candidate to move from neutrality to full NATO membership. The Finns have avoided NATO membership to avoid riling the bear, but the bear is pretty riled regardless. Finland’s popular and long-serving President Sauli Niinistö has been careful to keep the option open and to distance himself from Prime Minister Sanna Marin’s statement January 19 that she judged it “very unlikely” that Finland would apply for NATO membership during her term in office. On February 24, Marin acknowledged that “Finland is not currently facing an immediate military threat, but it is also now clear that the debate on NATO membership in Finland will change.” Public support for NATO membership is on the rise – a January poll showed support at 28%, up from 20% two years earlier.

Finland’s tough, professional military already participates in NATO-led peacekeeping operations (e.g., in KFOR in Kosovo) and NATO Response Force (NRF) planning. It will also (along with Sweden) attend NATO’s February 25 virtual meeting. It is unlikely Putin would attempt force to bully Finland into remaining neutral, especially with his hands full in Ukraine.

Sweden has a longer tradition of neutrality than Finland, having last fought a war in 1814. Like the Finnish military, Sweden’s nominally neutral force is highly interoperable with NATO – Sweden maintains close military ties with NATO (again, participating in KFOR and NRF). Unlike Finland, Sweden doesn’t share a land border with Russia, which sometimes enabled it to take a tougher line against the Soviets during the Cold War. Swedish officials say they have no plans to break their tradition of formal neutrality, but retain the right to do so.

Russia seems to be rattled by talk of NATO membership in Finland and Sweden. On December 24, the Foreign Ministry stated that Finnish or Swedish entry “would have serious military and political consequences which would require an adequate response on Russia’s part.” (and Merry Christmas.)

Austria is yet another neutral nation that has managed to develop a military that works closely with NATO forces. Austria faces a constitutional hurdle dating to the 1955 re-establishment of Austrian independence after the postwar Allied occupation. The 1955 Declaration of Neutrality within the Constitution mandates the country to maintain neutrality in perpetuity (unless, presumably, the Austrians decide to amend their Constitution).

For all three countries, two obstacles to NATO membership are popular skepticism of American reliability; and the related issue of NATO’s operations beyond Europe. It’s one thing to sign up to a defensive alliance in Europe, another to agree to let the Americans drag your troops off to train Iraqi soldiers or engage in counterinsurgency in Afghanistan. With such out-of-area ops largely in the rearview and the US seemingly recommitted to the defense of Europe (although it would be rash to assume this can’t change), those arguments may be receding in importance. That said, if formal NATO membership is out of reach, Sweden, Finland, and Austria could boost their military activities alongside NATO. How about a Finnish training rotation alongside their cousins in Estonia? Swedish warships deploying to the Med to augment the Sixth Fleet? Austrian jets patrolling over Romania – or better yet, over Hungary, if Viktor Orbán will get on board?

Let’s wrap up with the Balkans. Most Balkan nations are already in NATO. The outliers – Serbia, Kosovo, Bosnia – do not seem like candidates.  While Bosnia is in disarray, Serbia and Kosovo, at least, deserve some attention. Serbian President Aleksandar Vučić excels at playing multiple suitors – Russia, China, the EU, and the US – off against one another as they vie for influence. Despite his tight grip on the country, he is also adept at telling foreigners his ability to act is limited. On February 21 he bemoaned that “Serbia has always supported Ukraine’s integrity, but on the other hand, some 85% of people will always side with Russia whatever may happen. These are the facts I am faced with as the country’s president.”

In recent years a succession of US and EU leaders have tried to beguile Serbia toward the West with economic and political incentives, and largely avoided criticizing aggressive Serbian moves lest we drive Vučić into Russia’s arms. This was worth a try, but Serbia seems as close to Russia and China as ever. Time for Serbia to pick a side. The US and EU should insist that Serbia actively participate in the international sanctions regime, or see an end to the EU accession process and US trade and investment incentives.

And finally, Kosovo, which gained its freedom from Serbia in 1999 after a NATO bombing campaign, with formal independence coming in 2008. It’s time for all EU members to focus on the reality of the Republic of Kosovo as a friendly, pro-Western state and extend recognition.  Several EU members – Cyprus, Greece, Romania, Slovakia, and Spain – have not recognized Kosovo’s sovereignty, although some are inching towards it. This is partly due to discomfort about separatism in their own countries, partly due to a desire not to offend Serbia. Kosovo is a functioning multi-party democracy, making progress on economic development and anti-corruption, with a professionalizing military that proudly launched its first small deployment alongside US troops in the Middle East in 2021.

And it is time for “Europe, whole and free” to stand together as one, with the US and other major nations and international organizations playing their vital roles. We can expect a range of economic and political countermoves in the days ahead. But Ukraine has reached the stage where the military dimension takes primacy.

So here’s a closing thought: the victory of the USSR over Nazi Germany in the Great Patriotic War looms large in Soviet identity, and deservedly so. Putin and his circle would do well to remember that it wasn’t only Russians who fought like lions to defend their homes against the fascist invaders; so did Ukrainians.

If Putin calculates that he can decapitate the government in Kyiv and stun 44 million Ukrainians into sullen submission, he is in for a surprise – but only if the Free World stands united.

Ambassador Philip Kosnett (Ret.) is a Senior Fellow with the Center for European Policy Analysis (CEPA) with the Transatlantic Defense and Security program. He recently left the Foreign Service after a career representing the United States in Europe, the Middle East, and Asia focused on international security and governance. His senior roles included Ambassador to Kosovo, Charge d’Affaires in Turkey and Iceland, and Deputy Chief of Mission in Uzbekistan. His other tours included four years in Iraq and Afghanistan.

Photo: Swedish Armed Forces during Trident Juncture 2018. Swedish Leopard 122 tank taken out is towed by a tank recovery vehicle in the fog. Credit: NATO via Flikr 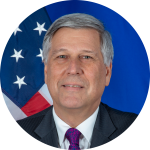