The Pandemic Exacerbates the Divisions in the Kremlin-Led Body 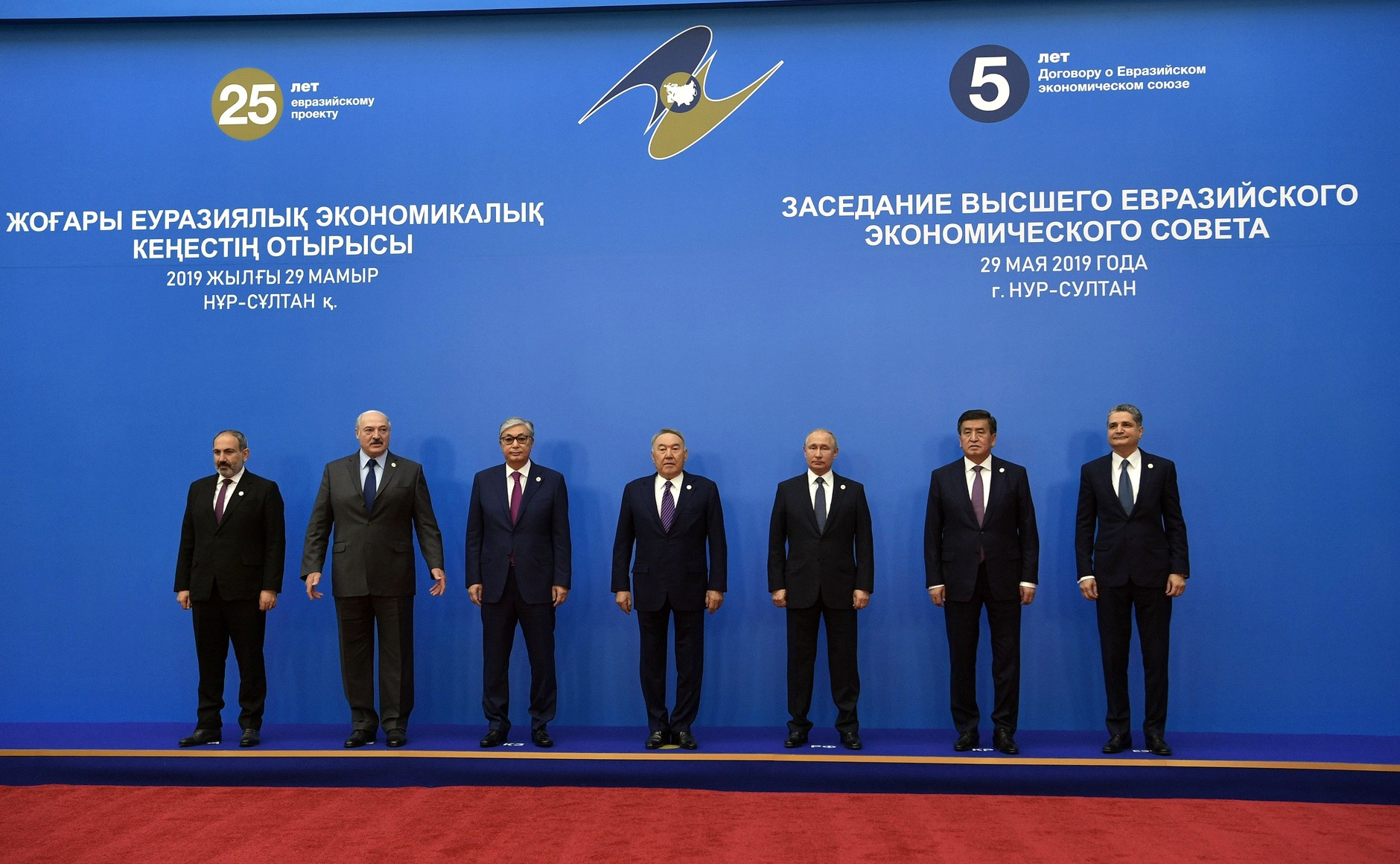 The Pandemic Exacerbates the Divisions in theKremlin-Led Body

The Eurasian Economic Union (EEU) was already in trouble before the pandemic. Rows between Belarus and Russia over the removal of crude oil subsidies led to mutual public recriminations. Kremlin pressure for political union prompts increasing resistance among the Belarusian political elite. In the Caucasus, Armenia balked at a hinted Kremlin plan to change the status quo in the Nagorno Karabakh conflict, and is also haggling over gas price cuts. The Kremlin’s hopes of gaining Central Asia’s most strategically located state — Uzbekistan — as a new EEU member failed after lengthy negotiations; Uzbekistan is joining only as an observer. Tajikistan, a Russian client state, remains hesitant as it fears a bigger competition from more developed EEU states would cut its already declining export-bound production. Numerous examples show how Tajikistan previously closed borders when it saw foreign low-priced production was overflowing the local market. It is also worried that since the EEU membership would involve giving up parts of economic and political sovereignty it will likely complicate relations with China which now holds much of its state debt.

The pandemic made matters worse. Ideally the EEU should have contrasted with the EU, depicted in Kremlin propaganda as failing during the pandemic because of closed borders and a slow response to the badly-hurt Italy and Spain. In reality closed borders, protectionism, differences in vision and rising disagreements feature across the EEU, from Belarus to Armenia and Central Asia. Russia was among the first to undermine the union’s ideas. It closed borders with Belarus and others, limited the outflow of essential produce abroad and provided only limited aid to the member states. Ripple effects of this stance are visible all across the Eurasian landmass. Take, for example, Kazakhstan which recently accused Kyrgyzstan of fiddling customs figures and supporting large scale smuggling. Belarus started importing crude oil from the U.S.

Prospects are bleak. The EEU has so far produced no tangible results. Far from providing a link between the EU and China, or buffering China’s influence in the ex-Soviet space, the union is now being increasingly squeezed. The EU, despite its own problems, has relaunched its vision for the South Caucasus, Ukraine, Moldova, and Belarus under the new Eastern Partnership strategy. The impact will vary, but the idea is still the same – increase economic and political integration with the borderlands. Meanwhile China’s presence in Central Asia increases with both trade and investment and military cooperation: exercises and arms sales.

The EEU’s plight reflects its underlying institutional weaknesses. The Eurasian Economic Commission (EEC) is an intergovernmental not supranational body and therefore lacks authority. The current integration level means that a common gas transit tariff, for example, founders on pricing disagreements. Similar hindrances abound in other sectors of the union.

Lack of legitimacy too plays a role. The other members fear the Kremlin’s disproportionate power. Deeper economic cooperation and the necessity to hand over parts of national sovereignty go against the aspirations of those people which still vividly remember the Soviet times. Nor can the EEU gain legitimacy by performance, given that its achievements mostly exist on paper only.

All this is bad news for Vladimir Putin. The EEU was part of his attempt to portray Russia as a reborn great power, a Eurasian center of gravity to match Europe and China despite the dismal record of defeat and loss of influence in Ukraine, Georgia and other countries. The perception of foreign policy achievement fuels his domestic political machine, which is now attempting to persuade Russians that the country needs another decade of his rule.

Editor’s note: The title of this article is, coincidentally, the same as this book by two CEPA colleagues, published in 2016.

Photo: “Meeting of Supreme Eurasian Economic Council” by the Presidency of Russia under CC BY 4.0.