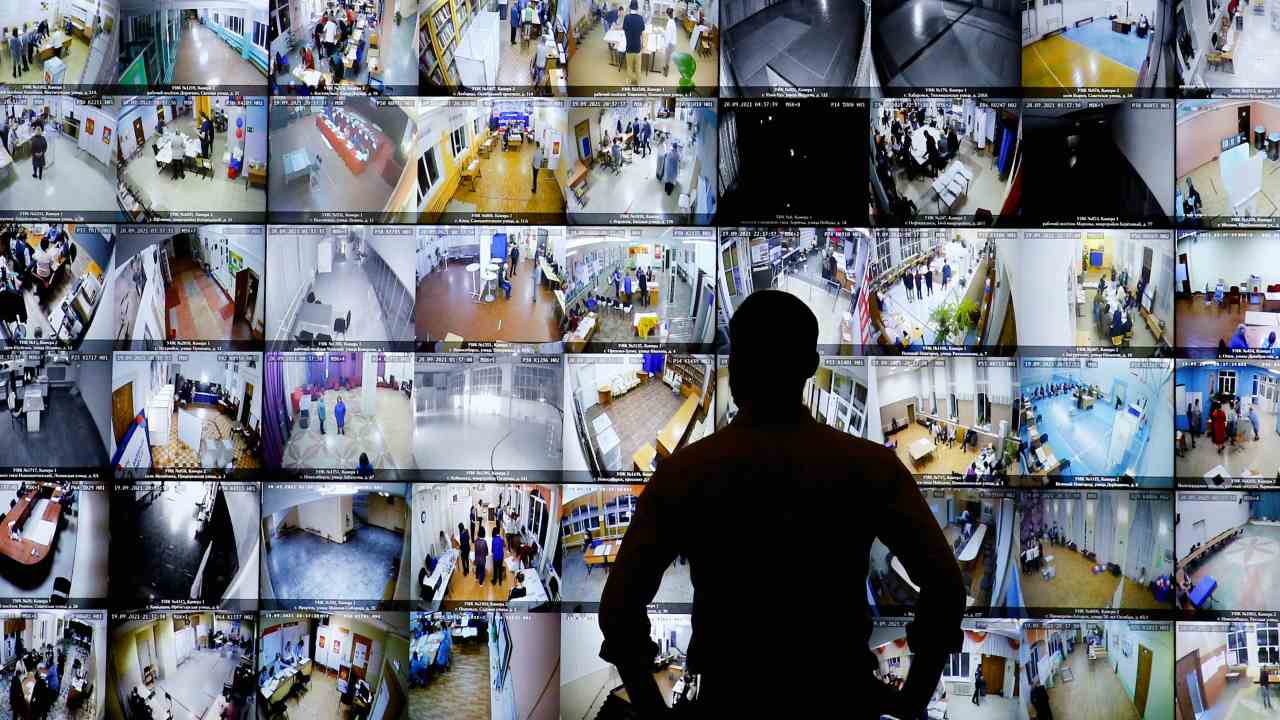 United Russia won just over half the votes cast, and a supermajority of more than 300 seats in the 450-seat legislative chamber.

The Kremlin has spent years refining systems designed to distort and deny the will of the people, meaning elections invariably throw up stories ranging from the sinister to the comic. Because while electors cannot vote freely, independent foreign observers are barred, and the media is remorselessly pro-government, there are sufficient independent outlets for news of the vote rigging to spread.

Take Communist Party candidate Alexander Andreev, running for a seat in the Chuvash Republic, around 650km (about 400 miles) east of Moscow. He walked into polling station No. 1713 where members of the local electoral commission were tallying votes and attempted to exercise his right to see documents relating to 20 voters living outside the district, he told local RFE/RL affiliate Idel.Realli.

After being interrupted by a phone call, he returned to see the local electoral commission chairman next to a printer and behaving in a strange way. When Andreev demanded the return of the document with details of the voters, the official “tore off a piece of the document and first tried to hide it in his pocket, and then began to chew it.”

Polling stations were also thrown open to Russian passport holders in territories seized by the Kremlin from neighboring states. In Russian-occupied eastern Ukraine, the Organization for Security and Cooperation in Europe (OSCE) Special Monitoring Mission (SMM) recorded on September 18 and 19 that buses transported residents to the Russian Federation to vote in the Duma elections, after monitoring checkpoints near the settlements of Uspenka, Marinovka and Izvarino.

A woman named Natalya said that she was offered the money to cast her vote for Yuriy Grigoriev, a candidate for the pro-Kremlin A Just Russia Party in the Dauria Constituency, in Russia’s Far Eastern Federal District. She alleged that she received instructions to photograph her completed ballot and to send it along with her passport details via WhatsApp. Another told the publication, “I wouldn’t vote for United Russia for anything, let alone ₽1,000.”

In St. Petersburg, voters were also allegedly paid. “On the evening of September 22 near the St. Petersburg branch of the United Russia party on Konnogvardeisky, a queue of people lined up to claim money after working in the elections,” wrote Chair of the Women-Voters League, St. Petersburg, Russia, Tatiana Dorutina on Twitter. Exactly what they had done to justify the payments was unclear, although the queue may simply have demonstrated that the party is well-funded.

Other incentives were more obviously questionable. The Financial Times reported cash handouts were generally being offered to United Russia’s party base, with payments of  10,000 rubles ($137) per person. “Those not enticed to vote by the cash handouts may be encouraged to do so at work — particularly state employees, who make up one-third of the workforce,” it said, citing Analyst Andrei Kolesnikov from the Carnegie Moscow Center.

Yet the turnout figures were hardly stellar, even if they were true. The official figures stated that 52% of Russians voted, but Russian electoral expert and longtime observer Sergei Shpilkin said his figures showed it was 38%. He reported extensive vote rigging, with United Russia winning a maximum of 33% of votes in the party-list element of the election, compared with the nearly 50% claimed. His estimates align with pre-election opinion polls which showed United Russia’s popularity below 30%.

The internet played a huge role in this year’s elections in two vastly different ways. U.S. tech giants Google and Apple both agreed to remove the SmartVoting app of jailed opposition leader Alexei Navalny from their online stores in Russia. It was not fully deleted, in that people in Russia could still access it via a Virtual Private Network (VPN), but the decision clearly limited its impact in rallying support for the best-placed opposition candidate.

The second element was the use by the authorities of online voting, which critics have said is so opaque that it is impossible to analyze. After in-person voting ended, eight out of the 15 Moscow districts saw opposition candidates defeat those supported by Moscow Mayor Sergei Sobyanin and United Russia.

Or so it seemed. After a lengthy delay, the electoral commission published the online results. These results were so overwhelmingly pro-government that none of the opposition candidates won a seat.

Communist candidates also lost leads when electronic votes were declared at the last minute. “I know that such a result is simply not possible,” candidate Mikhail Lobanov said on Twitter.

In Kuntsevo, a young communist candidate named Mikhail Lobanov was leading TV presenter Yevgeny Popov by five points until the online votes were counted. In the Leningrad district, SmartVoting supported voting for an independent candidate, Anastasia Bryukhanova, against Galina Khovanskaya, a longtime deputy. She also lost.

It was ultimately the Communist Party who made the biggest fuss about the process. Support for the party rose by 6% to 19% compared with the 2016 vote, and the real figure is likely to have been significantly higher. The Communist Party, rather than the centrist parties, seems to have been the winner, despite the more visible street protests associated with Navalny since the beginning of the year.

The Communist Party ignored government warnings and held a protest in Moscow on September 25. In keeping with the election campaign, it barely attracted 1,000 protesters, and their chants were drowned out by music from police loudspeakers.

The election campaign therefore ended the way it had begun, with the government producing nearly all the noise.