There is another global crisis unfolding above our heads – the scourge of space debris. Policymakers need to take note and act 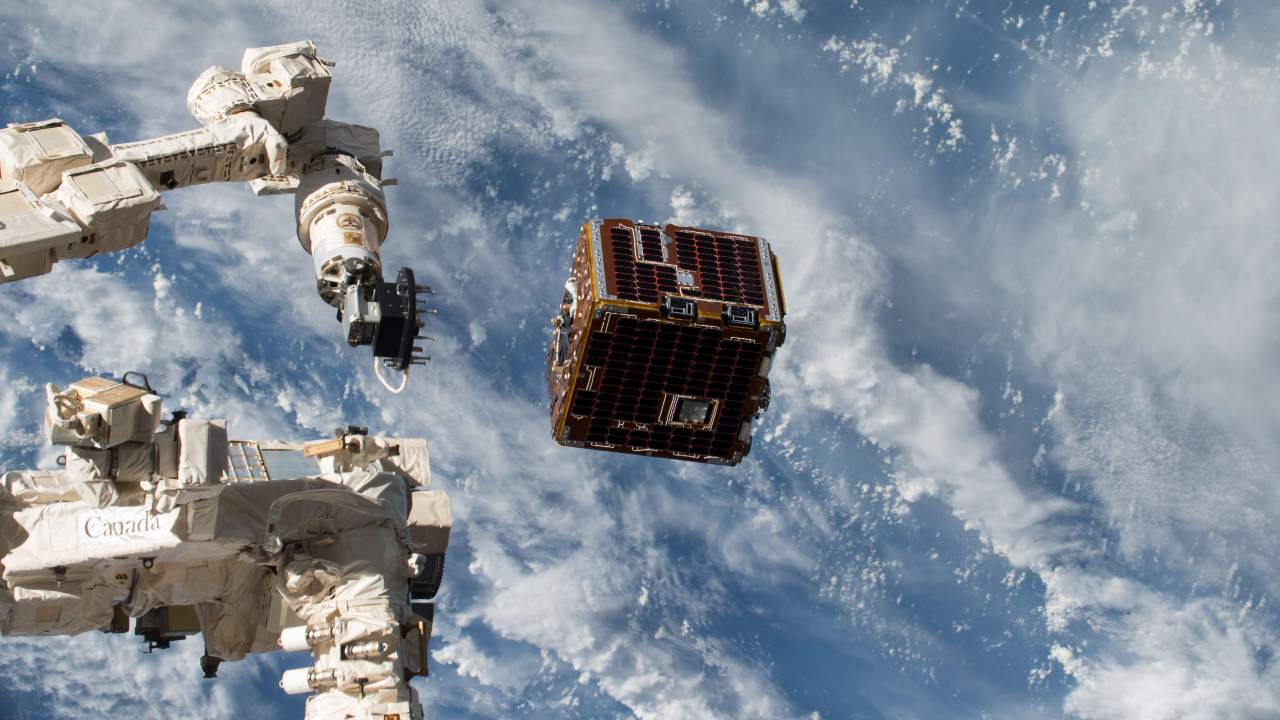 There is another global crisis unfolding above our heads – the scourge of space debris. Policymakers need to take note and act.

For the past two weeks, policymakers have paused to look up and address climate issues churning within our own atmosphere at the COP 26 summit in Glasgow. That same spirit of science diplomacy should now stimulate those leaders to tilt their heads back a bit further to address another predicament rapidly unfolding above our heads: the proliferation of space debris — sometimes referred to as “space junk” – in low Earth orbit and beyond.

Because we are at the dawn of a future in which both human and satellite spacecraft are increasingly vulnerable to catastrophic collisions with debris ranging in scale from spent rocket components as large as a city bus, to defunct satellites, and on down to nuts, bolts, and even smaller debris the scale of paint flecks.

This really matters if humanity is to reap the economic and strategic benefits newly accessible in the space boom of the 2020s. Left unaddressed, the consequences of an unmitigated space debris field growing across Earth’s orbital domains could doom humanity’s burgeoning space future before it truly begins. The wonderful possibilities have been colorfully illustrated by the high-profile space missions that are a part of the “Sci-Fi world” being built by Elon Musk or the suborbital flights of Richard Branson, Jeff Bezos – and, even Star Trek’s William Shatner. Meanwhile, a host of nation-states and private-sector actors are now deploying a wide array of space technologies to Earth orbit, which are driving an ever-growing space economy. And yet, the fact is that all those involved must now calculate an increasing risk of space debris collisions in their mission planning and the need to avoid exacerbating the problem.

Like climate change, the propagation of a belt of space debris is a human-made, generations-in-the-making crisis that poses both near- and long-term economic and national security threats for life here on Earth. And we are able to define the exact moment at which the threat of space debris began: October 4, 1957 — the date that the Soviet Union launched the first human-made satellite into orbit. Though both the Sputnik launch vehicle and satellite burned up in Earth’s atmosphere just months after launch, during their time in space, NORAD tracked them, and in the process started the planet’s first artificial space object catalog, with the Soviet launch vehicle and satellite receiving the honor of catalog objects 1 and 2, respectively.

Since then, various U.S. military agencies continued the practice, which is now led by the U.S. Space Force Space Operations Command (yep, SPOC), and contributes to enhanced space domain awareness.  That catalog has even tracked memorial flights carrying the ashes of Star Trek creator Gene Roddenberry in 2009, and iconic “Scotty” actor James Doohan, whose ashes were “beamed up” in 2012. (Thankfully, this year’s flight of Captain Kirk didn’t have to worry about encountering Scotty in orbit — the memorial flight deorbited years earlier.) The catalog’s data set, which includes active tracking of spacecraft payload and debris objects roughly 10 centimeters (4 inches) in diameter or greater, is provided to the public via the database Space-Track.org, which features a live “Space Scoreboard” that (as of the date of publication) includes 37,800 objects, 18,600 of which are categorized as space debris.

And for a mind-blowing, real-time visualization of all the stuff in space that comprises that data set, head over to the (aptly named) stuffin.space website and peruse the enormous population of satellites (red dots), rocket bodies (blue dots), and debris objects (grey dots) waltzing around Earth’s near abroad. (Go ahead, do it. But as you might find yourself exploring this simultaneously beautiful and terrifying orbital dance for as many hours as your author — so delaying completion of this article — you may want to read to the end first.) Add to that what NASA estimates are roughly 500,000 debris objects between 1 and 10 centimeters in diameter, and approximately 100 million objects between 1 millimeter and 1 centimeter in diameter, all with the potential to travel at over 28,000 kilometers per hour (17,400mph), and have the ability to cause spacecraft damage ranging to the minor to the catastrophic, and you get a sense of the scale of the problem.

Scientists’ realization of the effects of space debris dawned in the mid-20th century, about the same time that the climate change threat was identified. Most notably, NASA astrophysicist Donald J. Kessler published a seminal paper in a June 1978 American Geophysical Union journal warning that “satellite collisions would produce orbiting fragments, each of which would increase the probability of further collisions, leading to the growth of a belt of debris around the Earth,” adding that, “under certain conditions, the belt could begin to form within this century and could be a significant problem during the next century.”

This process came to be known as the Kessler syndrome, and — with distinct conceptual parallels to climate change “tipping points” for Earth’s atmospheric system — has been a cautionary regime that has helped drive thinking on space debris mitigation regulation in the decades since. And, clearly, both technological mitigation and regulatory norms need more work since the possibility of cascading space debris collision and damage is far from a theoretical matter. For example:

Much like climate mitigation policies, the reduction in space debris risk will require efforts to reverse the damage already inflicted by past human activity, as well as more stringent regulatory norms enforcing sustainable future space operations. Clearing the mess is at once a daunting and enticing challenge to both government and commercial technologists. Governments and firms are already theorizing that lasers could be used to ablate the surface of space debris targets to alter their orbits, as well as dozens of on-orbit mechanical system designs to collect and deorbit space junk, including a British university’s 2018 demonstration mission that included those notable 21st-century technologies: a harpoon and a net.

But while many of these technical solutions involve some variation on forcing debris to lower altitudes for incineration in Earth’s atmosphere, the primary physical mechanism that helps to clear space debris naturally — high-altitude atmospheric drag — in fact may be impeded by climate change itself. According to a study led by Professor Hugh Lewis of the University of Southampton, the same increases in carbon dioxide levels that are driving climate effects, also reduce the nominal atmospheric density at high altitudes, reducing drag. Lewis has also recently warned of the increased risk of satellite collisions seen in the growing fleet of SpaceX Starlink satellite mega-constellations, and with more of these projects waiting in the wings – including one backed by China – the situation will only become more concerning. The space around our planet is becoming increasingly congested.

World leaders must be part of any science-and-technology oriented policy solutions here. Urgent anticipatory diplomacy is needed to clear the way for space debris clearing technologies to have well-defined, internationally-recognized regulatory norms for operation. Remember this: since spacecraft and any debris they may create are considered the sovereign jurisdiction of the launching state, a third-party nation-state or commercially backed space debris removal mission might quickly run into a tricky diplomatic scenario, with the real potential for geopolitical escalation.

The reason is clear — as Australian space debris expert Alice Gorman explained in Scientific American earlier this year “any successful technology that can remove an existing piece of debris can also be used as an anti-satellite weapon.” Indeed. Attributing intent is often a major challenge in both military and foreign policy contingencies here on Earth, and the opportunities for miscalculation multiply when the action is taking place off-planet. There are also a host of debates on norms for mission planning to ensure future missions don’t exacerbate the space debris crisis, including disagreements between the European Space Agency and NASA on the need to update (or not) the so-called 25-year rule for deorbiting spacecraft at end of life.

Much like climate policy development, no single nation can solve the problem on its own. Which means the path forward is complex but clear. As humanity’s space footprint expands, diplomats need to move the development of space debris mitigation norms, communications channels, and technical solutions to the active foreign policy agenda. Policymakers can’t wait for a panacea-like those in the Katamari video game series to roll up all the lonely stars of space debris in orbit – they need to keep looking up. 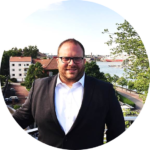