The EU must be consistent about its messaging, lest it lose its ability to help build a Europe whole, free, and at peace. 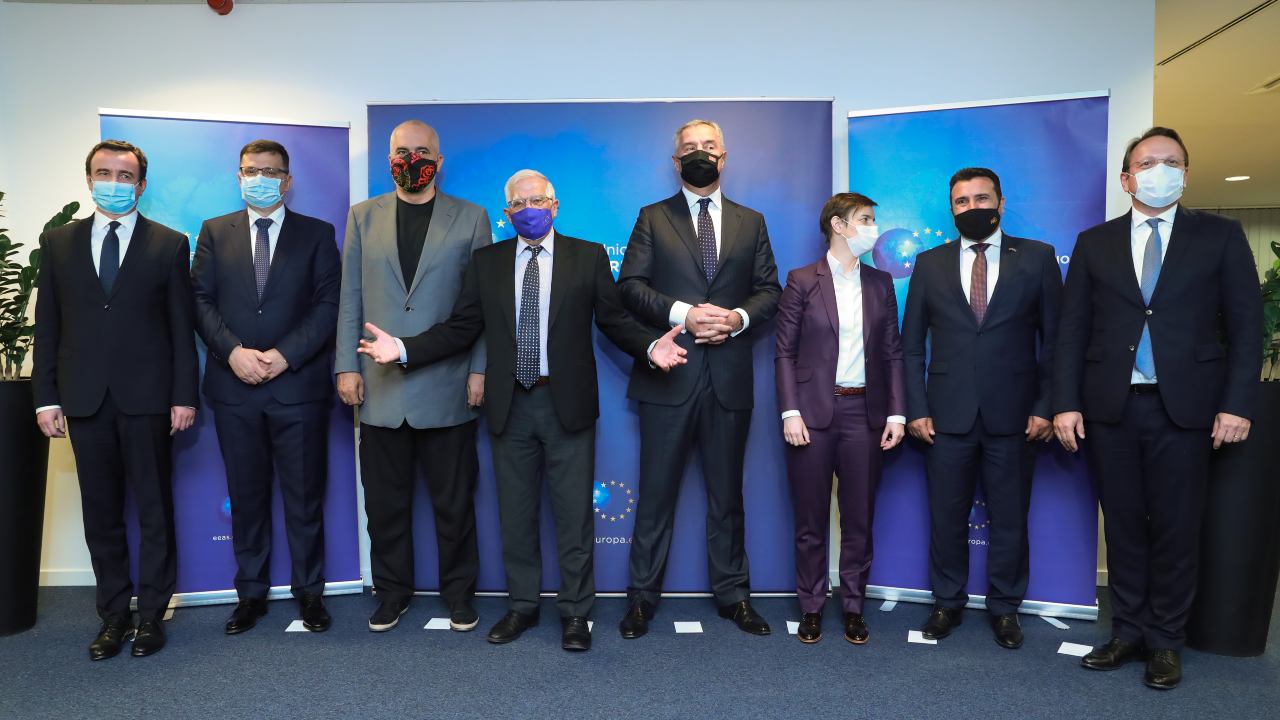 For 18 years, the European Union (EU) has talked of expanding its borders south and east into the six states of the Western Balkans. This week’s summit at Brdo Castle in Slovenia between the EU and the aspirant members — Serbia, Kosovo, Bosnia and Herzegovina, Montenegro, Albania and North Macedonia — should have offered some illumination on when they might enter Europe’s premier economic club.

Or not. According to Reuters, the EU plans to renege on its promise of guaranteed membership at the meeting on October 6. The report says member states cannot even agree to reiterate the language used at the Thessaloniki summit in 2003, which stated that “the EU reiterates its unequivocal support to the European perspective of the Western Balkan countries. The future of the Balkans is within the European Union.”

It is normal in the run-up to important EU summits for contrary briefings to emerge as national officials wrangle behind the scenes. Compromise language is almost invariably agreed; indeed, such disputes show the way the EU does its business. But the differences on Western Balkan membership are so profound and the distance between opposing positions so great that the bloc may find it hard to reach a convincing compromise.

North European states like France, the Netherlands and Denmark are in no mood to endorse membership and predict an influx of migrant workers which, they argue, was so mismanaged in the 2000s that it fueled Britain’s EU withdrawal.

For the peoples of the Balkans, many among the region’s 20m citizens will regard the EU debate as mere recognition of what skeptics have long believed. According to a survey by the Regional Cooperation Council, 36% of citizens in these countries believe that they will never achieve EU integration, with 50% of Serbians and 44% of Bosnians taking this pessimistic view.

And yet, there are reasons for hope. Firstly, despite the many ups and downs, 62% of people in the region still favor EU membership, with particularly high support in Albania, North Macedonia and Kosovo. Thus, the idea of EU status remains an important carrot that may continue to stimulate reform, at least in some capitals.

Secondly, the EU’s executive arm and many member states still favor Balkan accession. Ursula von der Leyen, President of the EU Commission, has been touring the region and tweeted: “I support the formal opening of accession negotiations with North Macedonia & Albania, as soon as possible. You will be part of the EU. It is not a question of if, but when.” Meanwhile, the Financial Times reported on October 2 that Slovenia, current holder of the EU presidency, is seeking a pledge at Brdo to admit all six by 2030. While the idea was said to have left some member states “dumbfounded,” it does show that the region has its friends inside the EU.

Thirdly, the EU’s allure for the Western Balkans is unquestionable. The EU is the biggest political, economic, and trading partner in the Balkans and delivers significant grants and loans — such as its €30bn ($34.8bn) Economic and Investment Plan, which will be delivered over the next seven years. For less developed economies, the prospects of membership in this huge bloc will always be enticing.

The EU represents a powerful lure, not merely because it offers considerable economic prospects, but also because membership is tied to the adoption of core democratic values, the rule of law, human rights, respect for minorities, and a range of accountability mechanisms (although existing EU member states sometimes experience democratic backsliding, as we have seen in Hungary.) The absence of a clear path to membership risks a debilitation among the political elites of the Western Balkan, a sense of ennui derived from the understanding that they cannot influence their own futures. It is in everyone’s interest, especially the EU, for whom the Balkans represent the backyard, that they pursue reforms to promote democratic constitutionalism. The risk is of an alternative where states drift further towards nationalistic or autocratic agendas. The wars of Yugoslav Secession from 1991-1995 and the Kosovo war of 1998-1999 surely make that point.

The Balkan states may also be tempted to look east, to Russia and China. Some already have. Serbia’s President Aleksandar Vučić is an open Kremlin supporter. He also actively promotes the argument that stronger relations with China will serve Serbians better and questions EU integration. In 2020, Serbians expressed greater support for increasing trade and investment with Russia, with China following just behind. While these Serbian sentiments were stronger than among its neighbors, that may change.

Stronger economic ties with Russia and China come with their own set of problems. For example, a recent report by Center for the Study of Democracy reveals that there is “a deterioration of governance standards” coinciding with an increase of Chinese activities in Serbia, Bosnia and Herzegovina, and Montenegro. Indeed, Chinese investment is often designed to loosen governance standards and empower oligarchs in the process.

Other alternatives to the EU may be closer to home. North Macedonia, Albania and Serbia are currently promoting a “mini Schengen” — an area of free trade within the three countries set to begin in 2023, officially called “Open Balkan.” There is significant pressure on Bosnia and Herzegovina, Kosovo, and Montenegro to join as well. Perhaps the EU’s actions will push them into “Open Balkan” arms, where Serbia is almost guaranteed to play a dominant role. While such regional initiatives are generally geared towards economic development, they do not necessarily promote democracy, accountability, and the rule of law.

One thing is for certain: if Western Balkan countries cannot join the EU, Europe’s future looks a little more grim. The EU must be consistent rather than schizophrenic about its message regarding potential membership, lest it lose its ability to help build a Europe whole and free and at peace.