The answer to these questions is clear. The Kremlin is unfit to run a tea party, let alone a broadcaster. Russia is now a tier-one national security threat. It is by far the most plausible perpetrator of the frightening chemical weapons attack in Salisbury, which put three people in the hospital. It makes mischief wherever […] 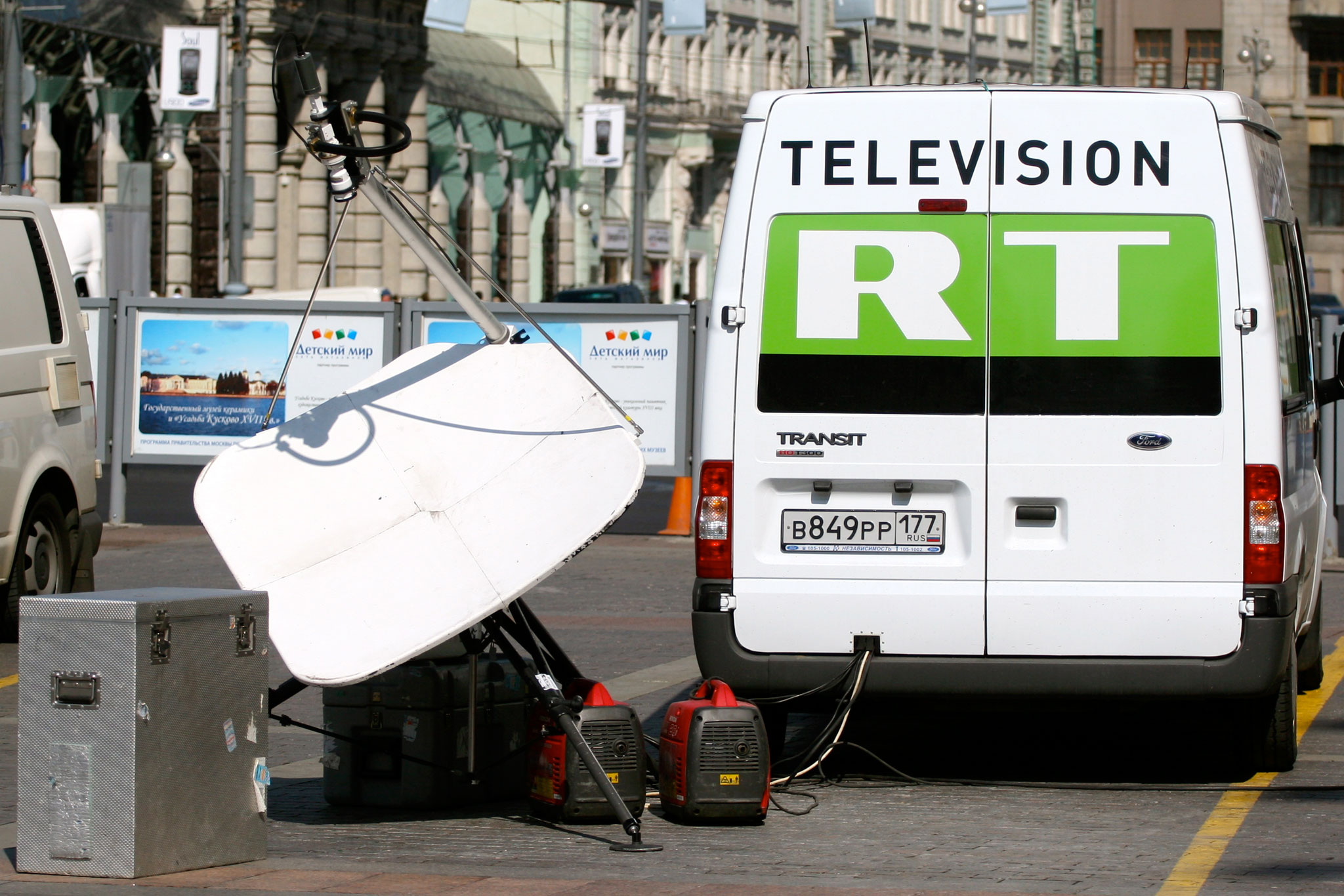 The answer to these questions is clear. The Kremlin is unfit to run a tea party, let alone a broadcaster. Russia is now a tier-one national security threat. It is by far the most plausible perpetrator of the frightening chemical weapons attack in Salisbury, which put three people in the hospital. It makes mischief wherever it finds an opportunity—an approach now called “hybrid warfare.”

RT is part of that arsenal. The broadcasters spews disinformation, often contradictory, in order to erode trust in Western institutions. The CIA created the ebola virus. The chemical-weapons attacks in Syria are faked. 9/11 was an inside job. So was Salisbury. The channel’s official mantra is “question more,” but it could just as well read: “believe nothing.” RT does not have an alternative world view. It just wants to sow confusion and apathy, eroding our willpower and capacity for decision-making.

So why not ban it? I have sympathy with that approach in countries like Ukraine or Latvia, where inflammatory Kremlin propaganda is a grave national security threat. But that is not the case, yet, in Britain, Germany, or the U.S. Moreover, a ban in these countries would not be very effective. In ex-Soviet countries, Russian-language propaganda channels inherited entrenched positions in broadcast media. Further west, most people watch RT over the internet, either in YouTube videos or from the live stream. Viewing figures for terrestrial broadcasts—the airwaves and cable—are tiny.

More importantly, a ban sacrifices the moral high ground. It makes our strong free societies look on par with authoritarian kleptocracies. When we lambast the Russian regime for its restriction of media and cultural freedom, our position is strongest when we practice what we preach.

That does not mean we should do nothing. For a start, we can starve RT of contributors. No elected representative, official, pundit, journalist, author, or academic with a shred of self-respect should accept invitations to appear on this channel. True, the quick-witted and pugnacious may win a few points during the minutes they are on air. But by taking part, they bestow respectability on the whole output. Without reputable contributors, RT will depend all the more heavily on an unwatchable collection of cranks and nobodies.

Second, we can encourage people not to work there. A stint at RT is not the beginning of a career in broadcasting. It is an ignominious end to it. We should also encourage the many insiders who are thinking of defecting from RT’s ranks. Their insights about how the Kremlin propaganda machine works would be useful. We could also discourage reputable advertisers from buying slots on RT’s website and broadcasts.

We should apply regulatory pressure where RT is weakest: journalistic ethics. I am suggesting to Ofcom that it revise the broadcasting code to require broadcasters to publish prominent apologies and clarifications. These are the hallmark of honest journalism (check out the New York Times, the Economist, or the BBC to see how real news organizations do it). RT has, unsurprisingly, a dismal record in correcting errors. If it mends its ways, its disinformation would be diluted. If not, it should risk censure, or even suspension, on solid grounds—which its propagandists will find hard to dismiss as censorship.