The October 2017 Catalonia referendum gives a good insight into the Kremlin’s ability to identify and exploit weaknesses in democratic states. 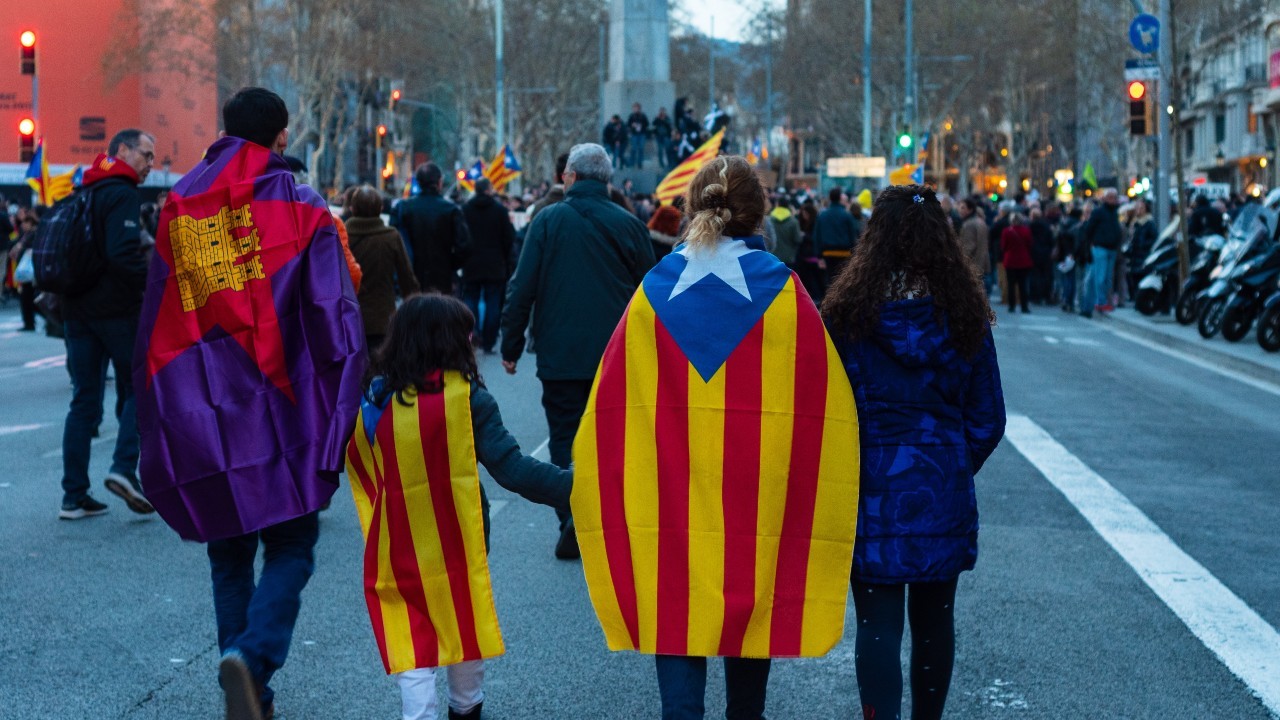 Tensions were high as millions of Catalans voted in an unofficial referendum on whether to separate from Spain. The proposal passed with overwhelming support because anti-separatists boycotted the vote altogether, with less than half the electorate voting.

Following violence, a Spanish court ruling that the vote was illegal and the authorities took direct control of Catalonia by triggering Article 155 of the country’s constitution. It dismissed or arrested those separatist leaders who had not fled abroad. The Catalan president, Carles Puigdemont, moved to Belgium.

It is now known that this was only the beginning of a story that could form the outline of a spy novel. Trying to revive an essentially crushed movement that garnered no support from the European Union or the United States, Josep Lluis Alay, an adviser to Puigdemont, made multiple discreet trips to Moscow in the spring of 2019 seeking secret help in severing Catalonia from Spain.

Earlier this month, the New York Times revealed that during his visits, Alay and his group met “several Russian officials, former intelligence officers, and the well-connected grandson of a KGB spymaster,” Yevgeny Primakov, according to a European intelligence report that paper had reviewed. The report said that Alay, with the help of Russian businessman Alexander Dmitrenko, met active and former intelligence officers, including Andrei Bezrukov, whom the TV series The Americans was based on, Sergei Sumin, a colonel in Russia’s FSB spy agency, and Artyom Lukoyanov, known for his heavy involvement and support of Russian separatists in occupied eastern Ukraine.

Shortly afterwards, in 2019, Tsunami Democratic, a protest group seeking independence was created with Alay’s involvement. In one of their first acts, they led protests at Barcelona airport that resulted in rioting, disruption and the cancellation of more than 150 flights. It is not clear, as always, when it comes to Russian operations, what exactly was arranged at the meetings in Moscow, and what was Russia’s direct involvement. But suspicions of Russian interference can be seen as early as 2017.

Spanish judge Joaquín Aguirre, who is investigating the 2017 referendum, has made several statements regarding the role Russia has played in supporting Catalonia’s separatist campaign. This included everything from their widely used and most effective weapon against the West, the spreading of disinformation and setting up troll/bot farms, to an investigation of a Russian group who apparently offered to send 10,000 troops and money to clear Catalonia’s debt if independence was declared.

Predictably perhaps, GRU unit 29155, which gained notoriety for multiple assassination and sabotage operations across Europe, is also said to have been involved. The unit attempted to assassinate Sergei and Yulia Skripal by using the military-grade nerve agent Novichok, which resulted in the death of a British citizen in Salisbury; they were responsible for a series of ammunition depot bombings in the Czech Republic and Bulgaria that killed two Czech citizens, they attempted to assassinate a Bulgarian arms dealer, and have conducted cyber-attacks.

According to a Bellingcat investigation, GRU agent Denis Sergeev, aka Sergey Fedotov, who was just named a suspect and mastermind of the Novichok poisoning of the Skripals, traveled to Catalonia multiple times, including on the eve of the 2017 referendum. The purpose of his trip is unknown.

Russia’s operations in Catalonia are just a sample of a more extensive campaign to destabilize the West and not only weaken alliances, but divide and attempt to break up countries. President Vladimir Putin appears to view this as payback for the collapse of the Soviet Union and its empire. “There was a time when they welcomed the collapse of a whole series of governments in Europe, not hiding their happiness about this,” he said, adding a sour reference to “double standards.”

The accusations against Russia are made more plausible because they fit into the Kremlin’s pattern of behavior. Similar tactics were used during the 2014 Ukraine invasion, where Russia launched a multi-faceted attack that included everything from the supply of mercenaries, massive disinformation campaigns, funding to Kremlin-aligned groups, cyberattacks, and divisive campaigns inside Ukraine using pro-Russian media outlets. In most cases, Russia doesn’t create the divisions, but quickly latches on. In Catalonia, the separatist desire has long been a part of political life, but with little outside assistance.

The same was true with the Scottish referendum in 2014. A House of Commons intelligence report in 2020 found “credible open-source commentary that Russia undertook to influence the campaign on Scottish independence.” Although the section on the Scottish referendum was heavily redacted, it did conclude that there was evidence that Russia ran influence campaigns with the goals of influencing the outcome. The former first minister of Scotland, Alex Salmond, who recently launched pro-independence party The Alba, has come under increasing pressure over his talk show on the Russian state-run propaganda outlet, RT. Salmond has said that RT plays no role in the editorial content of his show. President Emmanuel Macron, on the other hand, described RT and its stablemate Sputnik as “organs of influence, of propaganda and of lying propaganda.”

Of less concern is Russian support for a Californian secessionist operation, Calexit. The 2017 Yes California campaign, seeking to remove California from the union, was run by Louis Marinelli from the comforts of his home in Yekaterinburg, Russia. As with other Kremlin operations, social media trolls/bots played a massive role in amplifying the campaign with Twitter finally getting involved and shutting down thousands of accounts.

Support for secessionist movements is just a tiny part of a much larger goal of influencing global politics, sowing chaos and creating division to weaken opponents, attempting control over the outcome of elections around the world, and increasing citizens’ distrust in their institutions.