Bosnia-Herzegovina Is a Politically Frozen State Veering Toward Further Ethnic Division On 6 October, the three main nationalist formations that have dominated all political institutions were re-elected by their respective ethnic constituents. The results indicate that Bosnia’s administration will remain gridlocked and the country paralyzed in its aspirations toward EU membership. However, after each election cycle, the […] 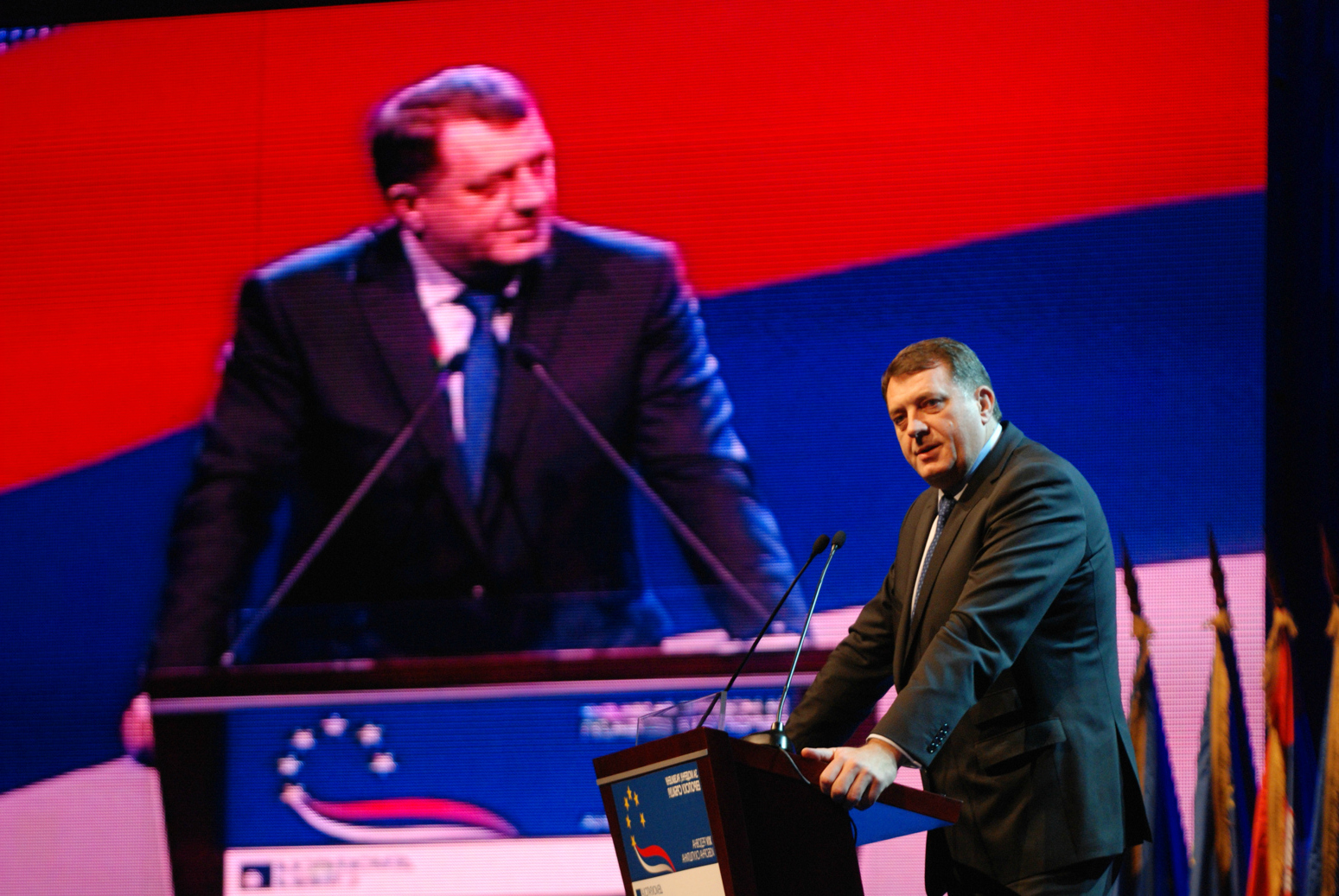 On 6 October, the three main nationalist formations that have dominated all political institutions were re-elected by their respective ethnic constituents. The results indicate that Bosnia’s administration will remain gridlocked and the country paralyzed in its aspirations toward EU membership. However, after each election cycle, the status quo becomes less sustainable and post-election politics are likely to witness growing radicalization and instability.

Bosnians elected a new state parliament, assemblies in the two entities, ten cantonal assemblies within the federation entity, and a three-member state presidency. Milorad Dodik, head of the Alliance of Independent Social Democrats, won the Serbian seat in Bosnia’s presidency and Šefik Džaferović from the ruling Party of Democratic Action gained the Muslim seat. Željko Komšić, a relative moderate, won the Croatian seat to the national presidency but Bosnian Croat seats in parliament will again be dominated by the Croatian Democratic Union.

Even in the most optimistic scenario, the formation of new governments at the entity and central levels will take prolonged negotiations. In the federation entity there is currently no legal basis for the election of a new House of Peoples, as the approval of a key election law has stalled. In addition, Croat leaders complain that Bosniak Muslims upended the 1995 Dayton accords by voting across ethnic lines to elect Komšić to the presidency and defeat Dragan Čović, the Croatian Democratic Union candidate. This will contribute to immobilizing the federation and central governments.

At a more fundamental level, Bosnia’s ethnic politics disguises failed reforms, economic decline, and social despair. The country’s infrastructure is rapidly deteriorating, the healthcare system is collapsing, education and welfare are threadbare, and the legal system remains deeply corrupt. The country has Europe’s highest unemployment rate of 25% with over 54% of young people out of work. The country faces a demographic crisis through a combination of low birth rates, high mortality, and growing emigration.

Bosnia-Herzegovina is not a multi-ethnic country but an association of ethnic fiefdoms, in which nationalist parties maintain divisions in order to control their citizens and protect their spoils. Politicians have been stoking fears of armed conflict since the end of the last war and claim to be protectors of national interests in order to divert attention from deep-rooted corruption and economic failure. Politicians seeking a more cohesive state that guarantees equal citizenship regardless of ethnicity are consistently sidelined.

Numerous initiatives for constitutional changes to amend Dayton and eliminate entity vetoes and ethnic voting have failed. Dayton was not designed to construct an integrated state with an effective central government. Instead, it created a complex administrative structure in which ethnic balancing predominates and layers of governmental bureaucracy contribute to inefficiency and budgetary burdens. This system has obstructed effective decision-making and guarantees that ethno-national interests predominate over civil-state interests.

Ethno-politics has stymied the development of state citizenship, programmatic pluralism, individual rights, and a competitive democracy. Ethno-nationalist parties, treated as equivalent to ethnic collectivities by international actors, are primarily based on patronage networks and their leaders are adamant that the civic principle cannot be applied in Bosnia but only a system of inter-group balance.

In this climate of state paralysis, the Serbian entity has steadily moved from autonomy toward sovereignty and its President Milorad Dodik, with Moscow’s financial and political support, has raised the prospect of separation and unification with Serbia. This has tempted some Bosnian Croat politicians to call for a third entity and the partition of the Bosnian Federation. Meanwhile, Bosniak Muslim leaders have warned about a new war as they are committed to defending Bosnia’s territorial and constitutional integrity.

EU leaders have proved inadequate in resolving Bosnia’s predicament. Despite several Balkan summits, the country has achieved only limited moves toward accession. Summits in Sofia, Brussels, and London over the summer produced vague commitments to speed up the process of integration at some indeterminate time after the European Parliament elections in May 2019. In reality, EU preoccupations with populism, migration, and Brexit mean that there is no appetite for further enlargement.

The evaporation of an EU perspective contributes to stirring nationalist and separatist sentiments, as frustration and resentment invariably assume an ethnic dimension. The EU is also blamed for failing to push through constitutional and political reform. As long as there is no violence, Brussels appears content to keep Bosnia in limbo and actually benefits from the political paralysis because it keeps the country at arms length from membership.

However, the durability of Bosnia’s status quo may prove deceptive. During each election cycle, economic decline, ethnic division, state bankruptcy, and social desperation further exacerbate nationalist radicalization. Ethno-nationalist leaders who have in effect divided the country between them will have fewer resources to offer citizens. This can exacerbate turf battles in which a unified government will prove even more difficult to forge and the separatist option will become more appealing. In this acrimonious climate, armed conflicts can again be provoked and may ultimately prove the only way to break the stifling deadlock.