In 2005, the world’s first statue dedicated to the martial arts actor Bruce Lee was unveiled, not as you might imagine in his hometown of San Francisco, nor in Hong Kong where he was raised, but in Mostar, Bosnia and Hercegovina (BiH). 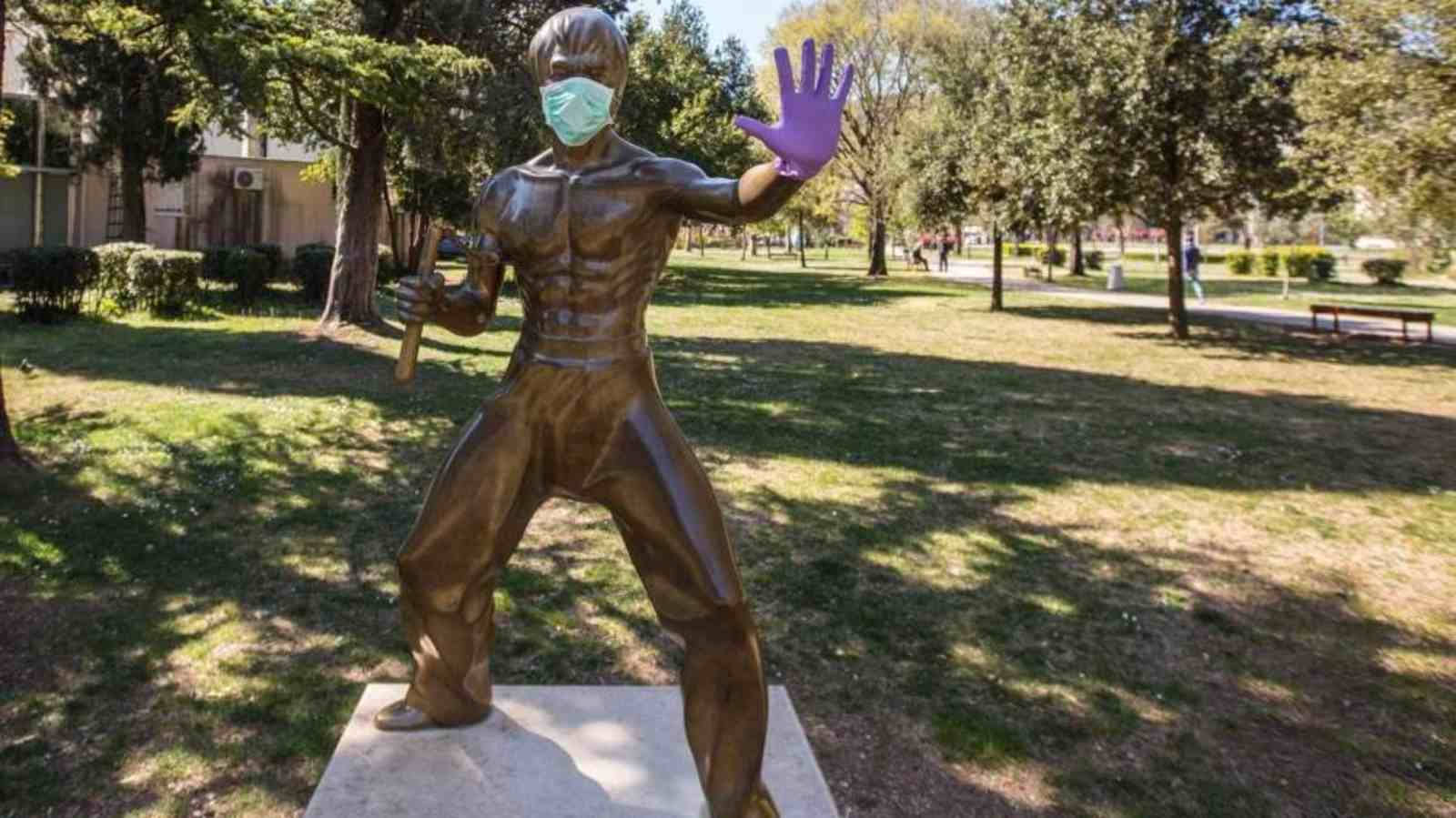 Iran vs. the People: A Test of Legitimacy Western Elites — Rubles Bought (Some of) the Best ChatGPT Chills – Will Its Hoaxes Divide Transatlantic Regulators? What’s a Russian? Rebuilding Ukraine: A Historic Plan for Congress Russian Media in Exile and Latvia: The Limits of Free Speech Dutch Dilemma: Caught in the Middle of the US-China Tech Cold War
Explore

The bronze faces neither to the east (the Muslim side of the city), nor to the west (the Croatian side) but to the north, a gesture of neutrality in a community nearly ripped apart during the civil war of the 1990s.

Supporters believed the statue would provide a unifying symbol, but others see it as a symbol of waste of foreign aid funds – the life-size statue cost around $5,500 and was partially funded by the German government. Perhaps the only element of the story everyone can agree on is that the statue was actually created and delivered. That is worth something in a country still battling to establish transparency, and to build an anti-corruption ethic and solid democratic foundations. Some 16 years since the unveiling of the statue, and 26 since the Dayton Peace Accords were signed, Bosnia and Herzegovina remains a troubled land.

Foreign aid remains critical to Bosnia and Herzegovina. According to The World Bank, the country received $500m in foreign aid in 2019. USAID reports that various U.S. government organizations gave $53m in 2020, making the country the third-largest regional recipient of U.S. aid behind Ukraine and Georgia. But how is this being spent? Transparency International, the anti-corruption monitor, ranked Bosnia and Herzegovina 111 out of 180 countries on their corruption perceptions index in 2020. The score of 35 was seven points lower than in 2012.

A cyclical system of stagnation and corruption has festered because of the tremendous amounts of foreign aid, the convoluted and complex government structures, and red tape. While international aid seeks to address these issues, the endemic corruption in the country ensures that much aid does not reach its destination and cannot, therefore, have its desired effects.

We must look at the system of international aid and hold non-governmental organizations (NGOs) accountable for their funds. My long-term project during my tenure as a Title VIII Transatlantic Leadership Fellow will serve as an audit of NGOs in Bosnia and Herzegovina. First, it will look at foreign aid influence from Croatia, Serbia, Russia, and Turkey. Following the Dayton Peace Accords, the tripartite, ethnically-focused government has been subject to tremendous influence from these nearby and religiously connected countries. The activities of the four have been well documented, including in a report supported by Political Capital. It is important to mitigate this because many of these foreign-funded projects seek to inflame ethnically partitioned political actors rather than promote a stable democracy. Take Russia’s supposed pledge of $625m to Republika Srpska in 2014, the predominately Serb entity within BiH. There is little evidence the funds ever arrived, and seemed designed merely to cement Russia’s reputation and exert influence in the area. Russia has also developed close ties to religious and military/veteran organizations in RS which are particularly effective in bolstering ethnically centric methods for anti-democratic and separatist movements.

The second half of the project will look at European Union (EU) and U.S.-funded NGOs, specifically those aimed at promoting a strong civil-society and a strongly democratic Bosnia and Herzegovina. The research will highlight successful projects, the transparent use of funds, and positive societal impact.

Ultimately, this work will result in recommendations about the allocation of U.S. and EU aid effort, and add energy to NGOs which are making the biggest impact on an independent, democratic Bosnia and Herzegovina. By promoting NGOs which have been found to be successful, transparent, and dedicated to democracy, the U.S. and EU community can help Bosnia and Herzegovina break the cycle of stagnation and corruption.