Bordering on a Dangerous Future

US assistance to Ukraine is not a matter of choice. The country’s reduction to vassal status would set a dangerous precedent and risk a more menacing world. 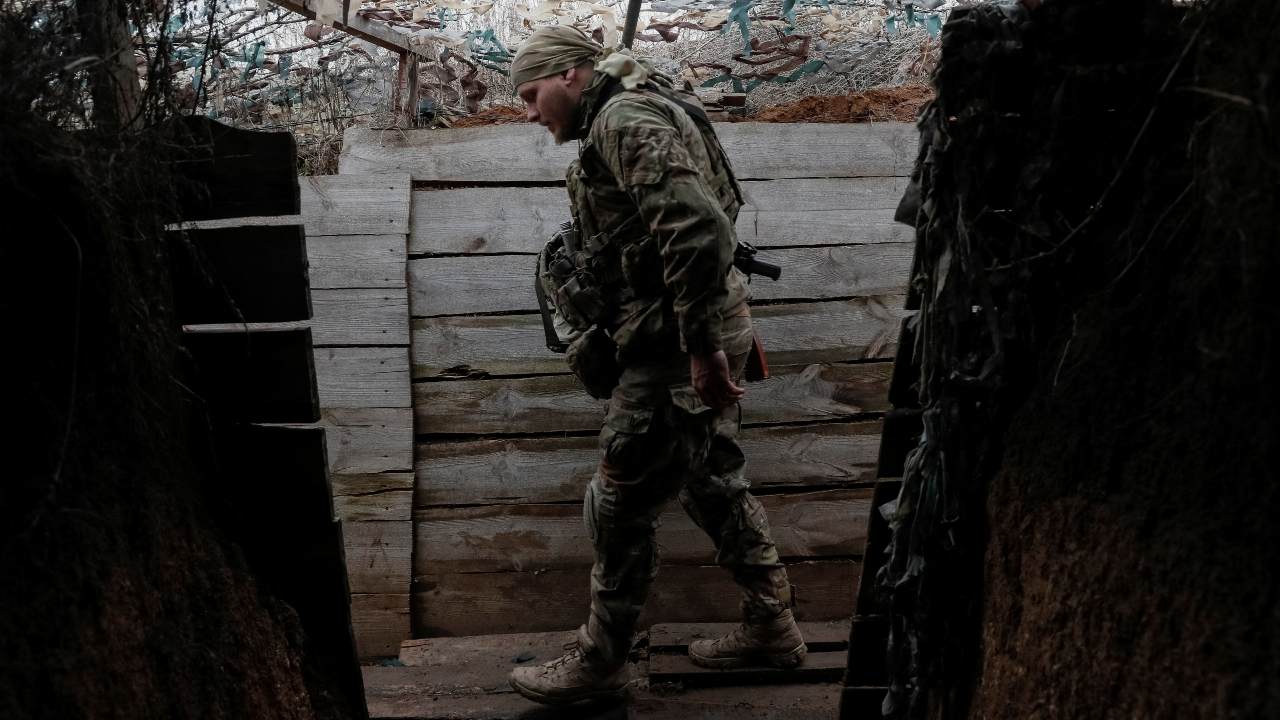 We face now in the Kremlin a daring politician and resourceful adversary. He has taken our measure well during his years in office and found us wanting. I believe Vladimir Putin has determined that the West’s reluctance, disunity, and hesitation provides him the opportunity to pressure Ukraine at this moment into pulling back from formal application from both NATO and the European Union, and conversely considers the time ripe to extract immediate  diplomatic concessions within the Atlantic Community, namely to remain aloof from this crisis as a price for de-escalation along the Donbas border region and elsewhere.

The West is in a quandary. Putin has taken the initiative; his aims are clear and deliberate. He is seeking to (re)establish Russian hegemony in Central and Eastern Europe (CEE), and effectively (re)constitute its supremacy in the former Russian, nee Soviet, buffer states of Belarus and Ukraine, while simultaneously reducing or negating the effects of NATO expansion over the past three decades. Indeed, extensive Russian demands made public on December 17 explicitly state it wants many developments in the CEE region during the past 25 years revoked, with grim implications for the states it formerly occupied.

The word Ukrania means borderlands and Putin takes that as his text. He seeks to keep Ukraine and others within the Russian orbit, by threat, by proxy, by hybrid war, and if necessary by invasion.

Amid this deepening crisis, it is critical to understand why Ukrainian independence matters so much to the US and its allies if we are to help defend this friendly state. The international system is predicated upon the rule of law. Each nation-state is the equal of all the others under international legal understandings dating back as far as the Treaty of Westphalia in 1649, which includes  national sovereignty, territorial integrity, self-determination, and (as a later development) the human rights of its citizens. Without the rule of law, no nation is protected except by brute force. The invasion of Kuwait in 1991 by Saddam Hussein, who argued that his smaller neighbor had no right to exist, was a direct assault on the global order and was rightly seen as such by the international community. A US-led coalition authorized by UN Resolution 678 was needed to re-establish the point.

This concept is the very essence of the international legal order and leads onto other legal ideas such as alliances, courts, and international institutions. When we defend the independence and territorial integrity of Ukraine we defend ourselves, our freedoms, and our future. This is not a feel-good issue, but a matter of settled international law and provides the basic structure to the international community under which we all live.

Seen in this light, Russia stands to win an epochal diplomatic victory for the price of an extended military exercise on its western frontier if we accept that Ukraine is an indivisible part of Russia and has no right to exist. The question before us is actually quite simple — Is Ukraine a free and independent nation, recognized as sovereign and capable of self-governance, particularly as it concerns participation in collective defense and international economic institutions? The answer of course may not be simple, since it might cause serious consequences for the region, for Europe, and the world.

Years ago, I can remember the eminent political scientist Prof. Albert Wohlstetter would chide his bright, young strategic analysts at RAND when offering supposedly brilliant solutions to a particularly thorny problem he had posed with a, “Yes, but how do we get our adversary to want to do what we need them to do?” The great success of the Cold War was that both sides continued to talk despite their myriad differences and did not resort to a disastrous thermonuclear exchange. The great success of American leadership and strategy was that we worked in concert within the Atlantic alliance and waited out the deteriorating  experience of an extremely flawed authoritarian political system and let it fail primarily from within.

The great success was that the US did not fight, not to be confused with not having the ability to adequately defend ourselves and our allies. The US World War I General Fox Conner often intoned, “. . . (N)ever fight unless you have to, never fight alone and never fight for long.” It is a lesson worth remembering, especially not fighting alone. The European allies must be a key part of this, as must be joint efforts at the United Nations.

We live in a world with an increasingly aggressive Russia which views itself as an important world power, although with its population of 147 million it only has  an economy equivalent to Italy. It suffers from a stagnated economy, significant  unemployment, low productivity, and as we have learned during this most recent pandemic, an inefficient and ineffective health system, and a high death rate.  It has unfortunately inherited the weapons cache of a much larger national collective of states  and lives with what its ruling class sees as the ignominy of being halved after the dissolution of the Soviet Union. Russian military adventures in the recent past, including Georgia and Crimea, have demonstrated with some clarity a ready intent and an easy resort to the use of military force. This behavior is outside the acceptable norms of international law and must not  be tolerated by the international community.

So what is the answer? The Russians seem most interested in exercising this methodology where the price to pay is either minuscule or nonexistent. The US must keep open the possibility of force, but there is no need to resort to this as an early step. There are multiple ways to deal with Russia involving all the tools of modern statecraft, including  a more robust  integration of diplomacy, economic and political power. The return of a US focus on NATO is likely to be welcomed by the allies, but it cannot be taken for granted and must be done with some care, since the prior administration negotiated our differences and aired its grievances in public. The alliance needs to underline its role as the key multilateral institution for continental security, especially given that it now has some anxious member states in the eastern region with a memory of Russian occupation.

While I’m not an enthusiastic proponent of reinitiating a cold war, there are certain obvious aspects of that period that either remain with us or are experiencing a resurgence. Past experience may therefore be useful.

The situation is difficult and laced with peril. But it also presents opportunities. NATO’s last outing ended in some chaos in Afghanistan this summer, an experience that left a number of European members feeling bruised. The Ukraine crisis is not of NATO’s choosing, but it allows the alliance’s key member, the United States, to demonstrate its engagement and concern for its partners.

For those critics who harbor isolationist notions that we can abandon our involvement to an America First mantra, this current plight demonstrates unequivocally that the interconnected nature of the post-modern world is irreversible. Our alliance military partners are also our trade partners with whom our economy is inextricably intertwined. It is illusory to argue that the US can pick and choose when to engage and when to hold back.

Our forward deployment in Europe helped police what President John F. Kennedy called a “hard and bitter peace” for over seven decades. We have now more modern technologies that allow for more flexible and lethal capabilities without forward  stationing of large forces, but it is possible to argue that the current crisis is in some ways symptomatic of our recent abandonment of international responsibility to lead and cooperate with our fellow democratic nations.

A US willingness to bolster the world order helps guarantee our continued prosperity and survival. There are things only the US can do, and we do them well; including capabilities like heavy lift, force projection, space operations, and rapid response. We live in consensus with our allies because we need them and they need us.

“America is back,” President Biden has declared on more than one occasion. Now we need to see the action to support those words.

J. Holmes Armstead is a retired professor of Strategy and International law from the US Naval War College. He is a former RAND analyst and Department of Defense team member who assisted in negotiating 13 new members states into NATO, and has taught international law, strategy, and national security policy for over 40 years both in the US and abroad.