Before NATO Convenes in London, Consider the Problems Facing the West “Ask him about the cemeteries, Dean” the U.S. president, Lyndon Baines Johnson, quipped to his secretary of state Dean Rusk, in a caustic reference to the more than 20,000 American servicemen buried in the country they died to liberate. The year was 1966, and General Charles […] 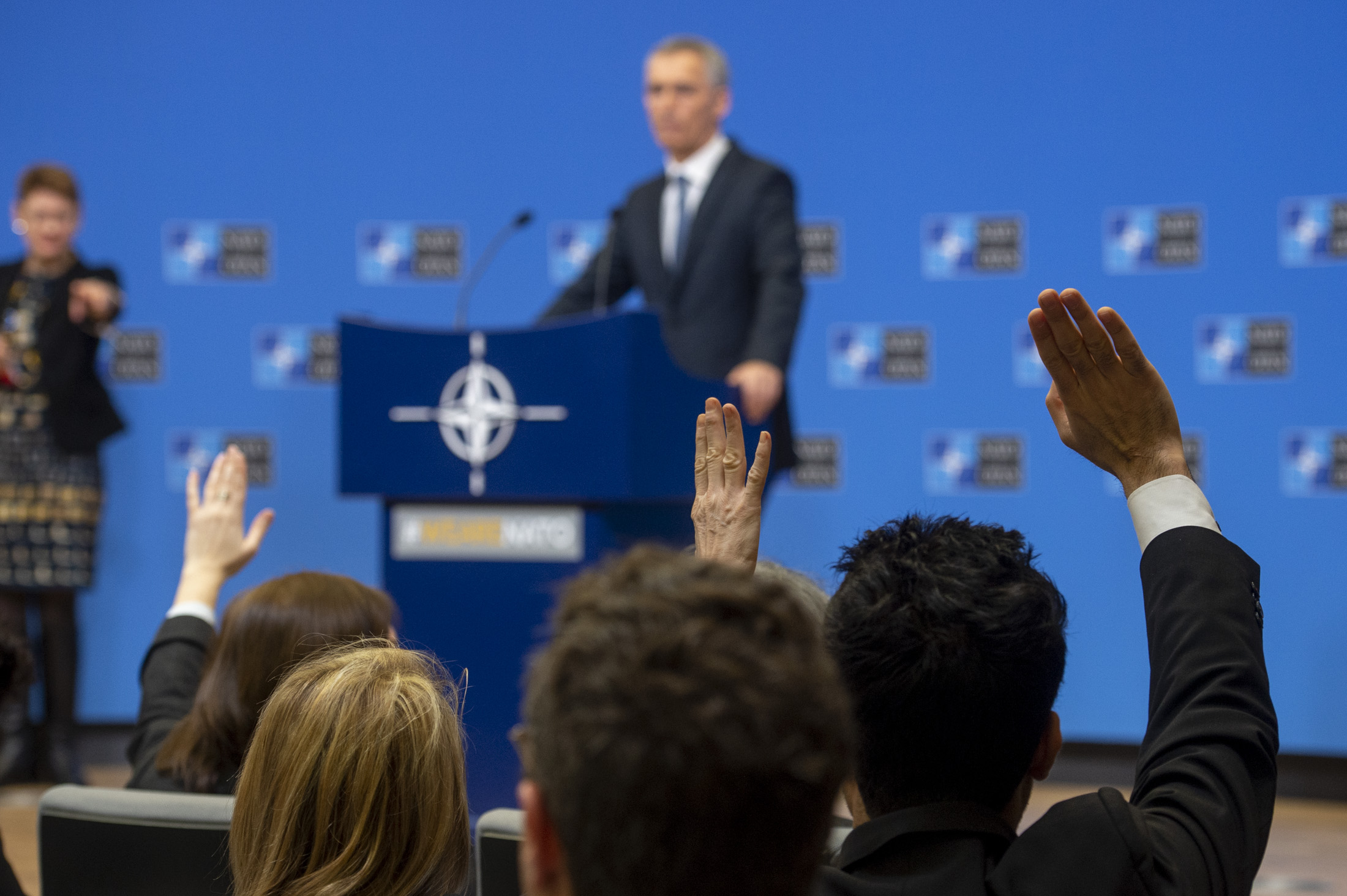 Before NATO Convenes in London, Consider the Problems Facing the West

“Ask him about the cemeteries, Dean” the U.S. president, Lyndon Baines Johnson, quipped to his secretary of state Dean Rusk, in a caustic reference to the more than 20,000 American servicemen buried in the country they died to liberate. The year was 1966, and General Charles de Gaulle, the French president, had just announced his decision to leave the alliance’s command structure, and to demand the withdrawal of all foreign forces from his country.

A sense of history helps abate the gloom surrounding this week’s NATO summit. President Emmanuel Macron of France has stepped up his psychological warfare against the “brain-dead” alliance, saying that the West should fear terrorism more than Russia or China. Donald Trump’s finger will hover over the potentially lethal buttons of his keyboard: a single irascible tweet by the U.S. president could, at least in the eyes of the public and our foes, shred the American security guarantee to Europe that underpins NATO’s existence

These are all serious problems. But NATO is highly resilient. Allies may flinch at Macron’s grandstanding. But he is an amenable and constructive ally in comparison with de Gaulle. Turkey puts NATO’s claim to be a values-based alliance under strain. But for most of the Cold War Spain and Portugal were dictatorships. Greece and Turkey were not always exemplary democracies either.

Macron’s sweeping (he would say “visionary”) approach may go down well at home. But it does not help build the consensus needed to make things happen. France is alienating Poland, the Baltic states and even Germany. The French president has also burned political capital with his disastrous decision to block the opening of EU membership talks with North Macedonia (the Balkan country hopes to get a green light for its NATO accession at this week’s summit).

The main result so far of France’s heretical approach has been to stiffen Atlanticist orthodoxy in Germany. Germans do not like President Trump. But they dislike self-important French politicians a lot more. When the U.S. administration cut its contribution to the running costs of NATO headquarters, Germany moved swiftly (other countries later) to plug the gap.

Russia’s attack on Ukraine in 2014 prompted a belated but useful uptick in NATO deterrence. The rotating presence of allied forces in Estonia, Latvia, Lithuania, and Poland means that any Russian aggression against these countries will be far more costly and difficult than it would have been ten years ago. Partly as a result, a possible Russian surprise attack in north-eastern Europe should not be even on the top ten list of problems facing Western countries. True, Kremlin divide and rule tactics are nasty and sometimes effective. Russia has attacked Western political systems, not only in the United States in 2016 but also in France (as Macron should recall). But for the Alliance as a whole, China is now a much bigger threat than Russia. The regime in Beijing has global ambitions, reach, and clout far greater than anything Vladimir Putin’s declining petrostate can muster.

The big problems the West faces are not primarily military. They stem chiefly from failures of the economic system: dirty money in politics, perceived unfairness in risks and outcomes, and on some fronts a growing technology gap with China. The result is strains on internal and external cohesion, and abundant opportunities for our adversaries. These problems are solvable, but the solutions require some deep thinking and painful choices, mostly by national governments, which, to put it mildly, are not exactly rising to the challenge.

True, NATO has limited ability to help here. But it is unfair to blame a hammer for not being a screwdriver.