Baltics Bring Down the Shutters on Free Migration

Border security has been made a high-sensitivity issue for NATO’s eastern members as Russia and its allies politicized frontier management. 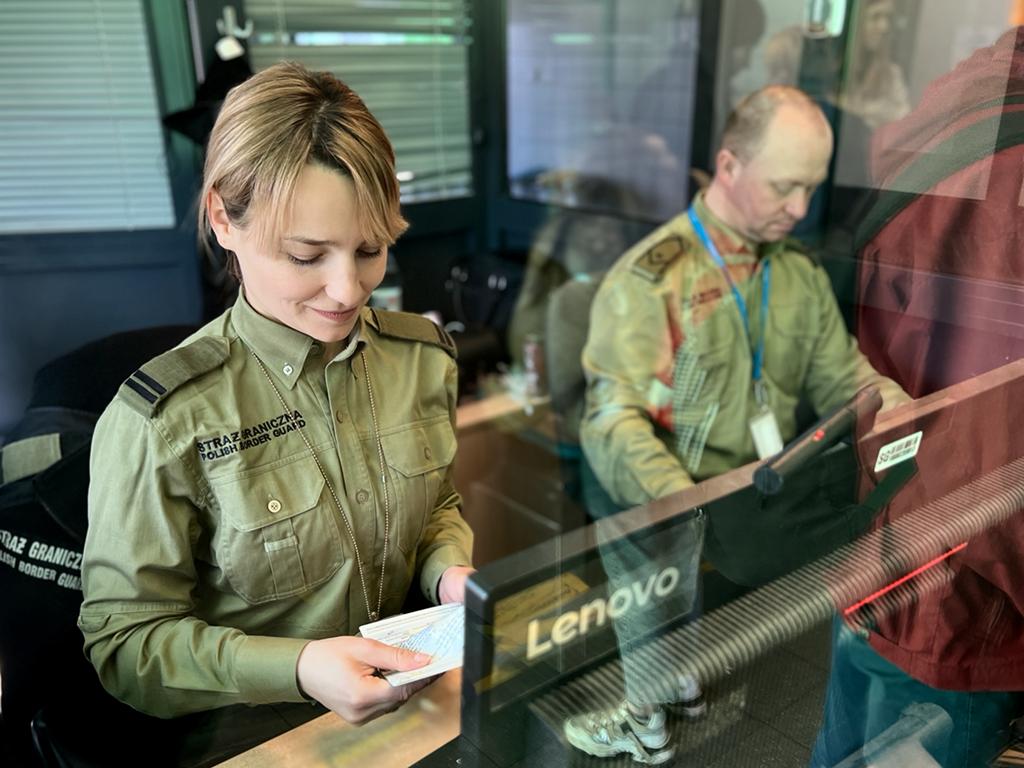 The Baltic states’ refusal to admit Russians fleeing mobilization due to Putin’s war in Ukraine has provoked criticism, with some opponents characterizing it as too harsh. Unfortunately, this was not a decision made in isolation; it is part of a more than year-long shift toward much harsher border policies across the region.

This is not, as the Kremlin loves to suggest, an aspect of the alleged irrational hatred of Russia. Rather, it has its roots in the weaponization by Russia of migration over much of the past decade, with the aim of destabilizing its neighbors.

The actions of Lithuania, Latvia, and Estonia, as well as Poland, are responses to what can be considered asymmetrical hybrid warfare. Vladimir Putin’s war against Ukraine has simply provided yet another reason for this trend to consolidate.

The rest of the world may have noticed the migrant issue in the summer of 2021, when the Belarusian dictatorship first weaponized migration. But the example for this behavior was set by Russia in 2015, when it instrumentalized illegal migrants to influence Western neighbors – through the so-called Arctic Route.

In that year, the Kremlin organized migrants from Afghanistan, Nepal, Palestine, and Iraq and encouraged them to cross into Finland and Norway via its northern borders. They were not, however, intentionally shipped to Russia first – unlike the Belarus border crisis of 2021, when Belarusian president-turned-dictator Aliaksandr Lukashenka, as a response to EU sanctions, invited in thousands of migrants with promises of supposedly easy entry to neighboring EU countries.

Charter flights were organized through travel companies in Iraq, and at one point in July 2021, dozens and later hundreds of people turned up at the border of Belarus with Lithuania, Poland, and later also Latvia, attempting illegal crossing through the forests. They were actively encouraged by Belarusian border guards and in many cases, they were not allowed to go back. Belarus said it was merely extending hospitality to migrants, while the Kremlin praised Lukashenka for his “responsible” conduct.

Before Lithuania deployed forces to physically close its border, about 4,000 people, many undocumented, had to be taken care of, with the government establishing a temporary camp that provoked some protests among local people. Latvia soon faced a similar challenge. After the first few hundred of arrivals, it announced a state of emergency in the border region and temporarily suspended asylum applications from persons entering illegally through the so-called “green border.” Unlike Lithuania and Poland, which both passed laws limiting the right to apply for asylum, Latvia did not change its asylum law, but maintained a state of emergency as a basis for temporary derogation from European Union (EU) asylum law. Estonia, although not directly hit by the hybrid activity of the Belarusian regime, reacted by establishing temporary controls on the border with Latvia.

The ensuing standoff led the Baltic States and Poland to revise their response to irregular migration, hitherto a minor phenomenon in the region (e.g. Latvia used to have barely a dozen cases a year before 2021.) An informal, but seemingly permanent consultation mechanism was established by the ministers of the interior of the four countries. Together with like-minded countries, such as Denmark, the Baltic states and Poland pushed for a system-wide review of migration and asylum policies in Europe, and more specifically for amendments to the Schengen Border Code, providing solutions in the event of instrumentalization of migration. The European Commission came up with corresponding amendments in late 2021.

The Baltic states had taken note of the 2015 development and, recognizing the risks, began work on border fences which later extended to hundreds of kilometers. Lithuania, Latvia, and Poland also added major border protection infrastructure projects in 2021-2022, and the EU agreed to fund border security technology.

While the discussion on whether Russia was actually pulling the strings in the Belarus border crisis never produced a definitive answer (beyond its open support for Lukashenka) it is increasingly clear that current migration pressures in Europe are largely encouraged and at least partly instrumentalized by Russia – witness Kremlin-friendly Serbia’s visa policy, where increasing numbers of third-country migrants have used free entry for onward travel to the EU.

It's, therefore, no surprise that Baltic countries and Poland resist the entry of Russian citizens even when a claim to cross the border is prima facie legitimate – witness the joint decision of the four countries to ban Russians with tourist visas from entering the EU through their external borders. When Russia invaded Ukraine, the Latvian parliament also put an end to the long-standing residence permit program that provided investor visas to third-country nationals, predominantly from Russia.

In the current climate of serious security concerns regarding Russia’s overt and covert moves against its neighbors, as well as the EU and NATO, the long-term reluctance of Baltic governments to consider mass asylum for third-country nationals will likely be preserved in the foreseeable future. Moreover, after following the Baltic and Polish examples of banning the entry of Russian citizens with tourist visas, Finland also made the decision to ban Russian tourists and to build a new fence on the border with Russia.

The Baltic States’ desire to ensure stricter border security and control of migration flows, given the troublesome behavior of their eastern neighbor, seems set to last.