Since the fracturing of Yugoslavia in the 1990s, a guiding principle in the western Balkans is that if good news arrives in the morning, bad news will follow by the end of the day. Hence, news of the recent breakthrough after two decades of negotiations between Macedonia and Greece has to be treated with caution at a […] 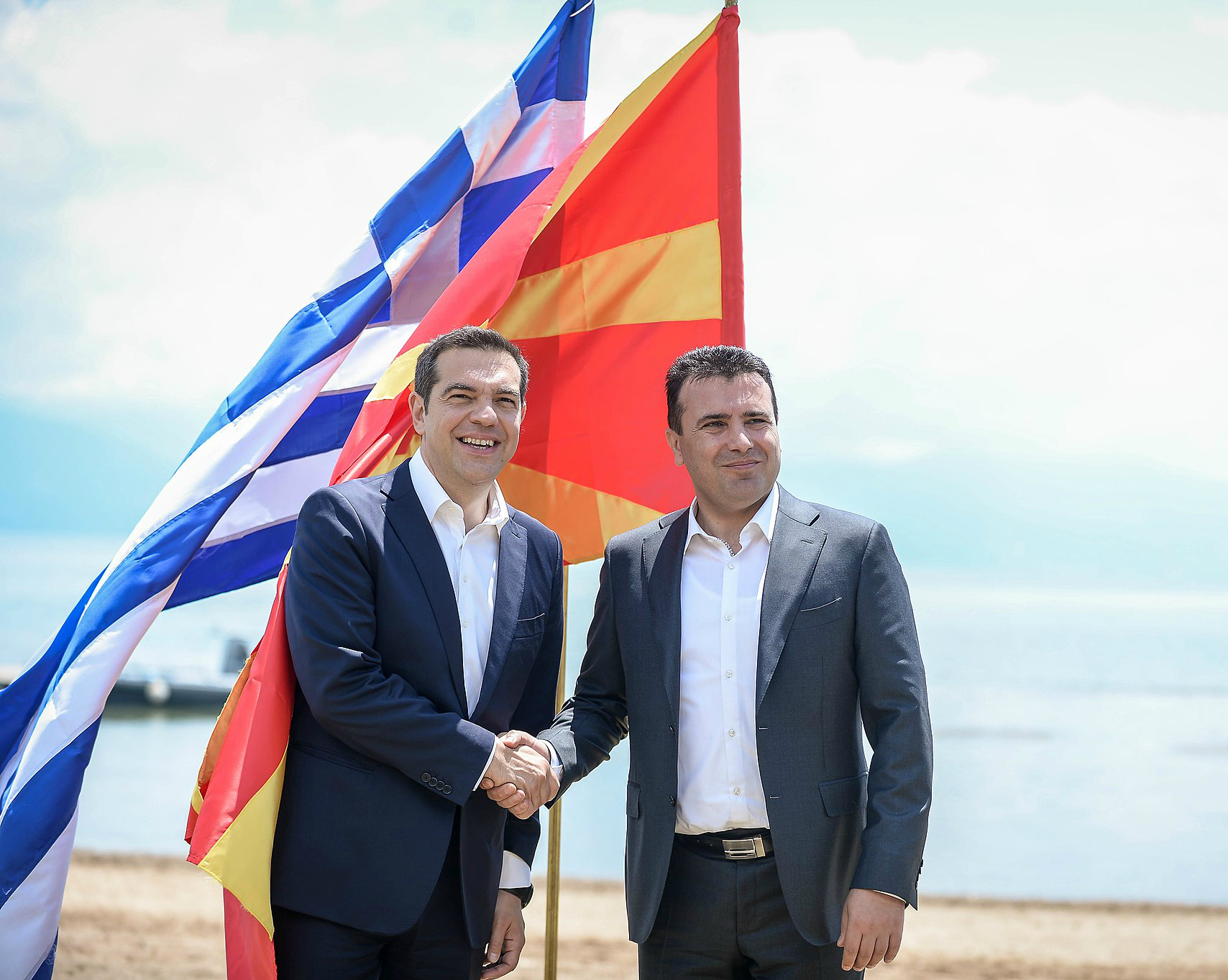 Since the fracturing of Yugoslavia in the 1990s, a guiding principle in the western Balkans is that if good news arrives in the morning, bad news will follow by the end of the day.

Hence, news of the recent breakthrough after two decades of negotiations between Macedonia and Greece has to be treated with caution at a time when renewed conflict in Bosnia-Herzegovina also lurks on the horizon.

Greek Prime Minister Alexis Tsipras and Macedonian Prime Minister Zoran Zaev finally signed an agreement to rename the former Yugoslav republic “North Macedonia.” Despite persistent Greek opposition, Macedonia retained its name, its language will remain “Macedonian,” and its nationality will be defined as “Macedonian/Citizens of the Republic of North Macedonia.” Skopje also made a significant compromise by agreeing to alter the constitution so the appellation “Republic of North Macedonia” is used both internationally and domestically.

However, the agreement needs to be ratified by the Macedonian and Greek parliaments and through a public referendum in Macedonia. As a result, a long hot summer is looming, as domestic disputes over the agreement accelerate. In Macedonia, the Social Democrat government has a slender parliamentary plurality and will find it problematic to muster the two-thirds majority necessary to enact constitutional changes. Zaev may need to call for early elections to buttress his parliamentary support.

The Macedonian government will also organize a referendum and must convince the majority of citizens that an adjustment in the country’s name will bring concrete benefits by opening the road to NATO and EU membership. The opposition VMRO party will likely mount an intensive anti-agreement campaign and various nationalist groups have already started organizing street protests.

The Greek government also faces domestic resistance to the Macedonia deal. Tsipras’ coalition partners, the Independent Greeks, look certain to oppose it and will force the government to seek opposition support. Extensive public protests are expected and this will make it increasingly difficult to push the agreement through parliament.

Athens has promised to lift the veto on Macedonia’s NATO and EU membership once Skopje enacts constitutional changes. With the agreement widely praised in Brussels and Washington, international players must focus on encouraging Macedonian voters. One important step would be for the upcoming NATO Summit to announce the start of membership talks with Skopje. EU entry will take much longer, especially as the Union itself remains divided on whether to continue enlarging. To help galvanize a positive referendum result, EU leaders will need to give Macedonia the green light for launching accession talks.

Macedonia has now reached a pivotal moment in its history. If the votes are positive, the country will gain momentum for full international integration. This would undercut nationalism and separatism in the country and contribute to stabilizing the wider region. However, if the parliamentary vote in either Skopje or Athens fails or the deal is rejected in a referendum, Macedonia will have lost a unique opportunity to end its isolation.

The stalemate between Serbia and Kosova, despite intense U.S. and EU pressure to “normalize” relations, further undermines regional stability. Belgrade and Prishtina need to follow Athens and Skopje in forging an historic agreement in which a degree of Serb minority autonomy in Kosova enables Belgrade to unblock Kosova’s progress into international institutions. In stark contrast, recent proposals for territorial exchanges between the two states could stimulate irredentist ambitions in the region.

Storm clouds are also gathering over Bosnia-Herzegovina as the October general elections approach. Serb Republic President Milorad Dodik has floated the idea of a referendum on separation, but the country could implode even without such a direct provocation. A stalemated election and failure to form a central government or pass a national budget could become a pretext for the Serb entity to withdraw from all central institutions and declare statehood.

In a worst-case scenario, Serbian separatism would lead to armed clashes between Serbs and Bosniak Muslims, provoking military intervention by Zagreb and Belgrade, with a significant risk of clashes between the two neighbors. The limited EUFOR military deployment would be quickly overwhelmed, while NATO may be pulled into the escalating conflict to honor its Article 5 pledge to Croatia.

Russia remains an additional and persistent cause of instability in the western Balkans. Moscow supports both Greek and Macedonian nationalists to impede the bilateral agreement, discourages Serbia from pursuing relations with Kosova, and promotes Bosnia’s paralysis to keep it outside Western institutions. The Kremlin promotes regional instability and undermines EU and NATO goals; and at some point, it can intensify its support for Bosnian Serb separatism to fracture the country. Russia has sold weapons to the Serb entity, trained Bosnian Serb paramilitaries, and dispatched nationalist “volunteers” to demonstrate its solidarity. In the past decade, Moscow has provoked wars in Georgia and Ukraine and the time may be ripening for opening another front for its proxies in the Balkans.