The Balkans are returning onto America’s radar screen as threats to regional stability and European integrity mount. To prevent a dangerous spiral of escalation, Washington must pursue a more vigorous strategy to help secure the remaining states within Western institutions and curtail Russia’s spreading subversion. Drift and delay in dealing with the Western Balkans can […] 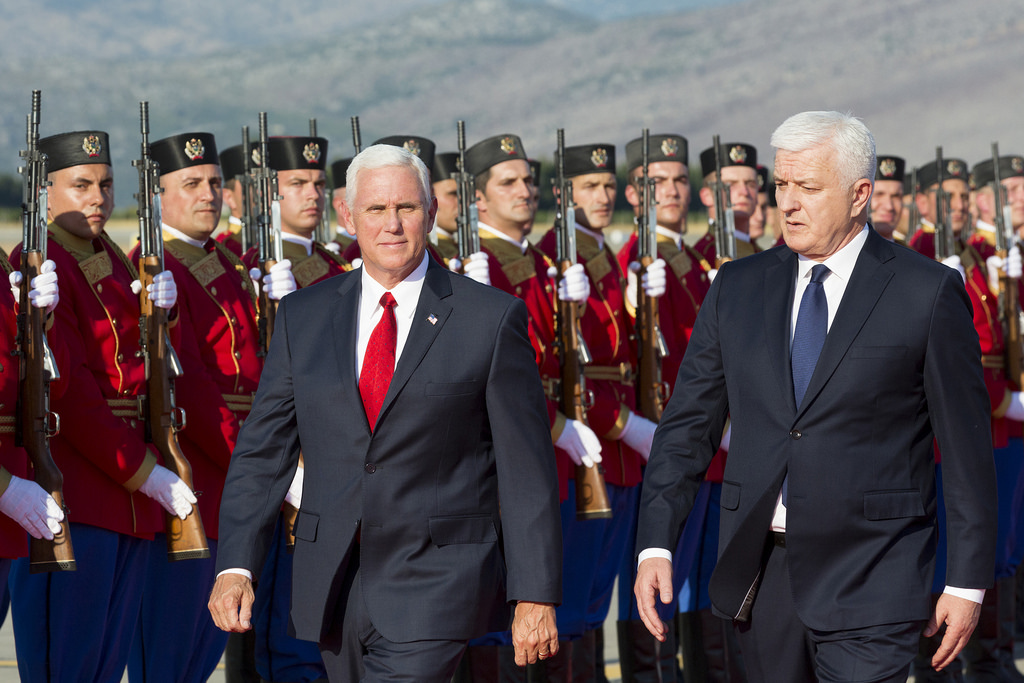 The Balkans are returning onto America’s radar screen as threats to regional stability and European integrity mount. To prevent a dangerous spiral of escalation, Washington must pursue a more vigorous strategy to help secure the remaining states within Western institutions and curtail Russia’s spreading subversion.

Drift and delay in dealing with the Western Balkans can give a false sense of security. After years of relative peace and progress, a new crisis can erupt when ambitious nationalist politicians and foreign governments are intent on provoking armed conflicts to gain power or expand their influence.

In recent months, the region has witnessed several ominous developments, including a Moscow-directed coup attempt in Montenegro, the creation of a Russian-trained paramilitary force in Bosnia-Herzegovina, and the assassination of a moderate Serbian politician in Kosova. Whether or not there is a grand strategy behind the three incidents, it is clear that nationalist radicals and Kremlin operatives directly benefit from the resulting instability.

In October 2016, Montenegrin police arrested several suspects, including former Serbian gendarmerie chief Bratislav Dikić, on charges of plotting a coup against the elected government. Evidence indicates they were funded and directed by Russia’s military intelligence service. The plot was confirmed by Western intelligence and by Serbian authorities, which provided Montenegro with assistance in apprehending the conspirators.

In recent weeks, reports have surfaced about the creation of a paramilitary force styled as Serbian Honor (Srbski Ponos) at the behest of Milorad Dodik, president of the Serbian entity in Bosnia. According to local analysts, the unit has been trained in Russia and at Moscow’s military outpost in the Serbian city of Niš. Some of its members fought as mercenaries alongside the Kremlin’s proxy separatists in Ukraine. Bosnia’s minister of security, Dragan Mektić—a member of the opposition Serbian Democratic Party— confirmed the existence of the paramilitaries, whose objective is to defend the Serbian entity in case of conflict with the central government in Sarajevo.

In another blow to regional stability, Oliver Ivanović, a prominent Serbian politician in Kosova who favored talks with the government in Prishtina, was gunned down outside his party headquarters the same day Belgrade and Prishtina resumed talks on normalizing relations. Although investigators have yet to find the culprits, the assassination clearly profits politicians who want the talks to fail. Indeed, the Serbian delegation withdrew from the discussions after news of the murder was announced.

To prevent political radicalization and ethnic polarization that could ignite armed conflicts, a more vigorous Western Balkan strategy led by Washington is urgently needed. Such an initiative must be grounded on three pillars: counter-subversion, national security and regional collaboration.

In bolstering national security, each state needs to be brought under the NATO umbrella with its defense structure modernized according to NATO standards. Last year’s accession of Montenegro into the alliance is a consequential step in this process. Washington can take the lead role in unblocking Macedonia’s and Bosnia’s progress toward NATO and offering both Serbia and Kosova dual entry once they establish full bilateral ties and complete the necessary military reforms.

However, even NATO inclusion is not sufficient to ensure security. The alliance must not only assist each state in its struggle against domestic and foreign subversion but also avoid moves that undermine national stability. For instance, attempts by some Western embassies to sideline Milo Đukanović, Montenegro’s most important political figure, are a short-sighted strategic mistake. One cannot assume that because Montenegro joined NATO, its security problems are fully resolved. The Kremlin, together with Serbian nationalists, will continue to undermine the state and without a proven pro-Western leadership, opportunities for destabilization will expand.

The third pillar of U.S. policy should enhance opportunities for regional security collaboration, in which practical initiatives defuse tensions. Countering political and religious terrorism, organized crime and foreign subversion provide valuable arenas for cross-border cooperation. For instance, Ivanovic’s murder may actually improve ties between Belgrade and Prishtina. Because the destabilization of one state has a ripple effect on neighbors, each government will enhance its effectiveness by working jointly. Moreover, such collaboration would also boost their credentials for both NATO and EU membership.

In an important recent initiative, the U.S. House Foreign Affairs Committee has ordered a report from the Pentagon on Russia’s intrusions in the Western Balkans. It is especially concerned about Serbia’s defense links with Moscow and how its acquisition of new weapons systems may affect regional stability. The investigation of both hard and soft security threats is the first step in combating the dangers and demonstrating America’s effectiveness in countering Putin’s strategy of destabilization.