Are the Baltic States Immune to China’s Ambitions?

Earlier this year, the Estonian foreign intelligence service issued its annual report in which it named investments from China and possible technological dependency on suppliers there as increasing threats to that Estonia’s security. Almost at the same time, the Lithuanian National Threat Assessment 2020 pointed out that Chinese intelligence services increasingly use online social networks to recruit sources in […] 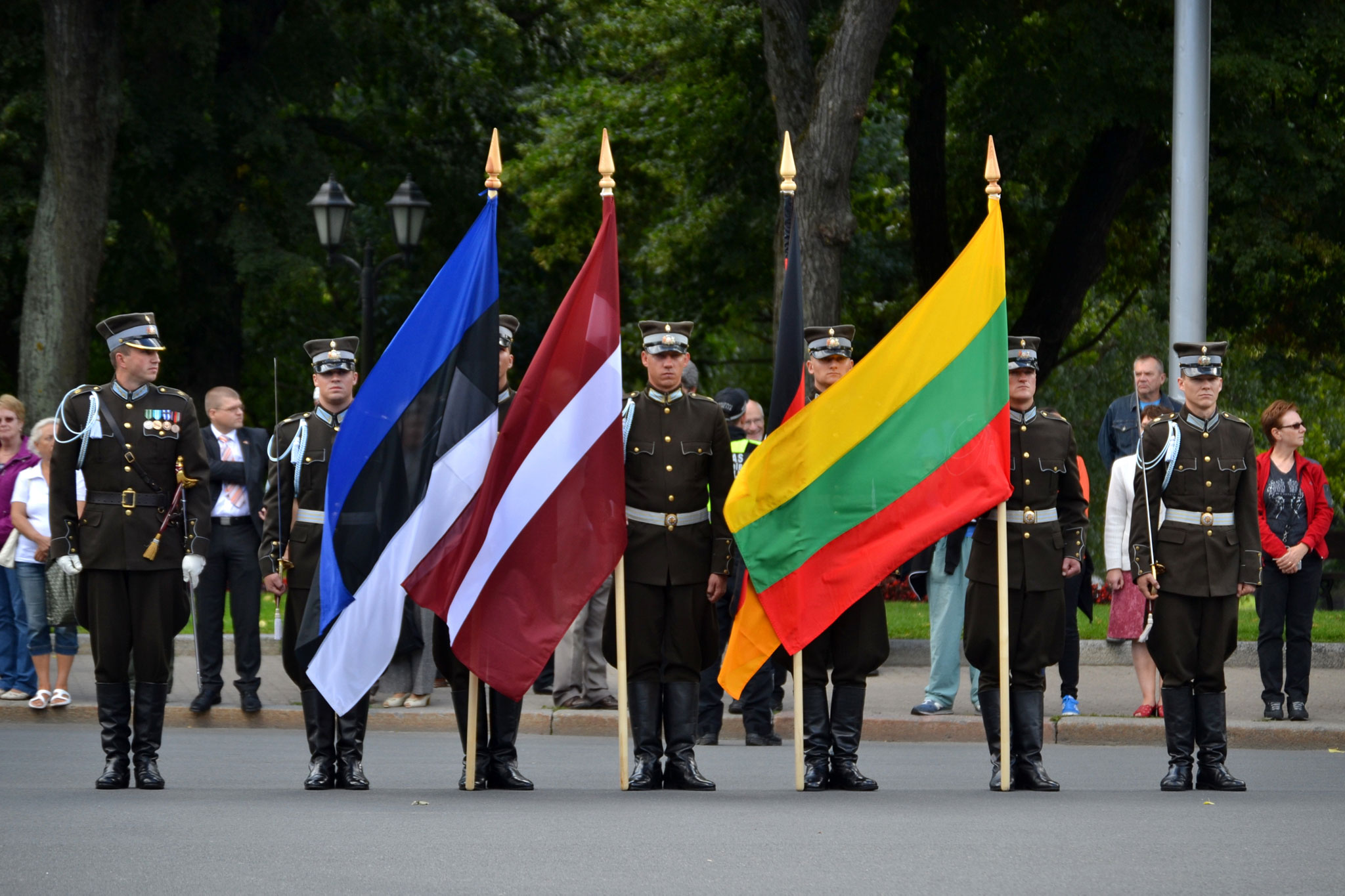 Earlier this year, the Estonian foreign intelligence service issued its annual report in which it named investments from China and possible technological dependency on suppliers there as increasing threats to that Estonia’s security. Almost at the same time, the Lithuanian National Threat Assessment 2020 pointed out that Chinese intelligence services increasingly use online social networks to recruit sources in Lithuania — most commonly civil servants, information technology specialists, defense sector employees, and scientists. The Chinese embassies in Lithuania and Estonia took strong exception to these reports, blaming local intelligence services for “ignorance” and claiming they had a “Cold War mentality.” They stressed that Beijing’s intentions are friendly and aimed at fruitful cooperation.

China has stepped up its outreach to individual Baltic governments as Europe became an epicenter of the coronavirus. It sent thousands of medical masks and gloves to Lithuania as a gift from the firm Huawei and the Chinese Chamber of Commerce. Similar aid was offered to Latvia and Estonia. The Lithuanian government reached out to China to buy almost 2 million respirators. Estonian officials took part in a video conference hosted by the Chinese Ministry of Foreign Affairs in which its health officials shared their experience in fighting the coronavirus.

How benign are Beijing’s intentions in the region?

A decade ago, the Baltic states seemed to China like faraway, unknown countries, primarily useful as places presenting opportunities for investment. For the Baltic states, which were still facing economic difficulties after the 2008 financial crisis, cooperation with Beijing could provide a large market and investments to aid their recoveries. In those years, numerous Chinese delegations visited Vilnius, Riga, and Tallinn for purposes of advancing “friendly cooperation.” Conversely, Beijing rolled out the red carpet when receiving Baltic officials in China.

Although resources for rebuilding and restructuring the economies of the three Baltic States also were available from the EU, China’s proposals looked more attractive and easier to deal with, since Chinese investments would come from companies primarily supported, if not owned, by the state. The latter did not require a cumbersome application process to get funding, nor did it closely monitor implementation.

But Beijing’s deep pockets masked a deeper agenda: China sought to increase its economic role in the region as part of a broader campaign to expand the country’s international influence. In 2012, China set up Twelve Measures for Promoting Friendly Cooperation with 16 Central and Eastern European countries, including the Baltic states. This initiative foresaw raising tens of billions U.S. dollars to finance infrastructural and hi-tech projects in the three Baltic states, encouraging Chinese enterprises to create economic and technological zones in each country to support cultural and academic exchanges, and to promote tourism. That same year, the China-led “17+1” platform was born, resulting in a dramatic rise of China’s presence in the region, and leading to the growth of high-level political contacts.

China’s growing footprint in the region is raising security concerns. For the Baltic States, especially worrying are Chinese attempts to take over large strategic infrastructural objects, where China has a particular interest in developing its Belt and Road Initiative, its signature foreign policy initiative, involving over US $1 trillion in investments. The BRI is aimed at reviving and extending trade routes with Europe and, specifically, to open up a transportation channel from the Pacific to the Baltic Sea.

In Lithuania, where China proposes to build and control a deep-water port and secure a  controlling interest in a major cargo handling company in the port of Klaipėda in the Baltic Sea, Beijing’s offer has been sweetened by a deal proposing to increase the flow of cargo there from Great Stone industrial park in Belarus where China has invested about $500 million. Controlling substantial interests in Klaipėda port would extend China’s Belt and Road Initiative to the Baltic Sea. The proposal also stoked the Lithuanian government’s suspicions that Beijing seeks political leverage that could be used to hamper NATO military operations in a crisis since Chinese ownership could allow Beijing to create obstacles for the arrival of NATO military cargoes and equipment. Faced with Lithuanian resistance to conclude such a deal, Beijing threatened that Lithuania might lose investments if it does not cooperate.

Not a Partner to Work With

When accepting Chinese gifts and its humanitarian aid, the Baltic leaders should remember  Beijing’s real intentions. China is actively seeking out partners who share Beijing’s worldview, or can be manipulated. “Friendly cooperation,” which China declares as a cornerstone of its investments, and its “facemask diplomacy” during the current pandemic seek to portray Beijing as a generous partner. In reality, they serve as a cover for the strategic goals of the “Belt and Road Initiative,” which, as Western democracies on both sides of the Atlantic agree, seeks to go beyond trade and investment and reorient the global international system to its advantage.

China’s rapid advance into the European port sector and its potential use of that sector for military purposes have raised suspicions in the Baltic States and elsewhere in Europe. But they have only recently begun reacting concretely to the threat. In 2016, The EU Commission’s Joint Communication stressed out that the EU “must project a strong, clear, and unified voice in its approach to China.” The Communication also urged that EU members press China “to assume responsibilities in line with the benefits it draws from the rules-based international order.” In 2019, the EU foreign investment regulations entered into force, which set up strict limits on Chinese engagement in strategic sectors.

Meanwhile, The United States has intensified its outreach to partner countries to counter expansion of China’s global influence by initiating the Blue Dot Network, which was formally announced on 4 November 2019 at the Indo-Pacific Business Forum in Bangkok, Thailand on the sidelines of the 35th ASEAN Summit,  Blue Dot would serve as a globally recognized symbol of market-driven, transparent and financially sustainable development projects.

Encouraging and facilitating interconnectivity on energy, infrastructure, and digitalization projects—which are promoted through the “Three Seas Initiative” by key Central and Eastern European countries sharing the same views on market rules and international norms—is a promising additional way to limit Chinese influence. The TSI would be enhanced by its partnership with the United States, which would help the initiative upgrading its infrastructure with substantial financial investments.

Transatlantic cooperation in sharing know-how and managing the risks associated with increased security concerns about China should be another key topic for Western governments. New high standards are necessary in global trade and investment to enable European exports to be more competitive with China. Promoting transparency and sustainability in the implementation of major projects would be a good start too: adherence to the principles of the Blue Dot Network Initiative should become not just a good practice, but an international standard. 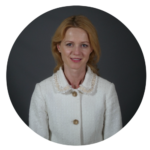