All Quiet on the Eastern Front

Ukraine is safe, for now. But what comes next? 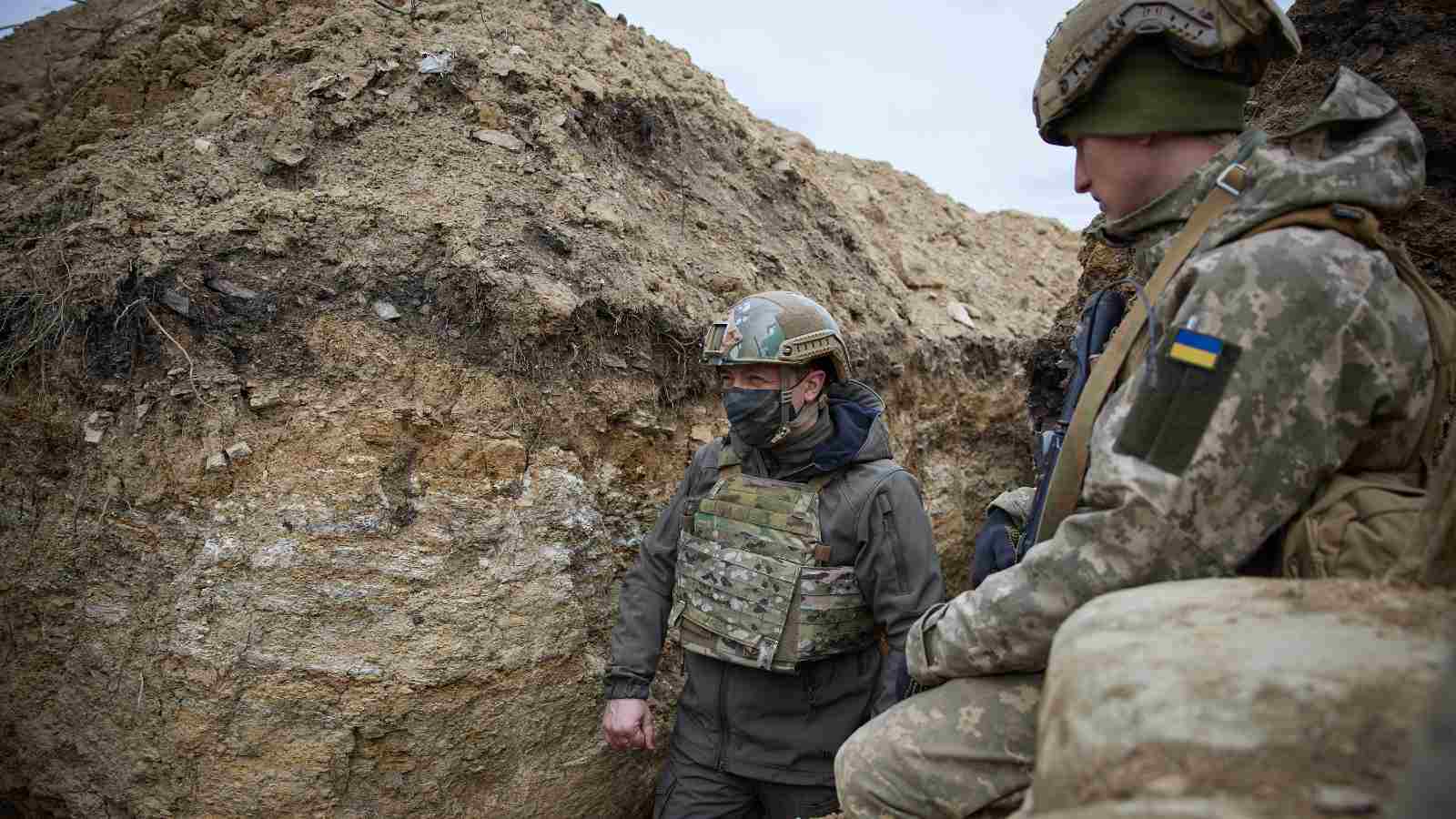 Ukraine is safe, for now. But what comes next?

One theory is that Vladimir Putin got what he wanted. But he did not gain the most important practical item on his agenda: the urgently needed deal on water for Crimea, which in pre-occupation days was supplied from Ukraine. It will look bad if Russia’s great geopolitical trophy desertifies and depopulates.

Nor can one paint a geopolitical victory in convincing colors. True, the West’s response was, unsurprisingly, muddled and late. But no new huge gulf emerged across the Atlantic. Ukraine was not left in humiliating isolation. Volodymyr Zelensky did not panic; in fact, he did rather well, addressing Putin personally, in Russian, with an appeal for peace. The Kremlin propaganda line that Ukrainians are in bubbling revolt against a clique of fascist warmongers looks particularly ridiculous.

A summit with Joe Biden may be a nice extra item on an otherwise sparse Kremlin calendar — but it is taking place on American terms, following the introduction of more US sanctions, and some sharply worded rhetoric. By turning up to the meeting with the US leader, Putin is in effect conceding that Russia is the junior partner.

It would be nice to think that Russia backed down because the military build-up had failed. Perhaps the initial intelligence was wrong, and contradicted by later assessments that Ukraine was ready to fight if attacked, and would inflict heavy casualties. More fancifully, maybe the Kremlin quailed after receiving super-secret, super-tough messages from Washington, DC.  But it seems unlikely.

The most likely explanation is that the story is not yet over.

Russia is adept at waging war on nerves. Having tested the water with this big deployment and seen how the West reacts (and doesn’t), the Kremlin can ratchet up the pressure again in a few days, weeks, or months. Though the troops have gone home, much of the heavy equipment is still there. Russia has unilaterally closed the Kerch Strait between the Black Sea and the Sea of Azov until the end of October: putting a thumb on the neck of the Mariupol region’s economy, and underlining Ukraine’s naval weakness.

One advantage for Putin is that too many supposedly expert Russia-watchers cried “wolf” in recent weeks about his intentions. They should have been more cautious: a real military attack would have involved secrecy, cyber-attacks, and swirling confusion. None of those were evident. Their next round of warnings will carry less weight.

More generally, the episode showed how bad the outside world is at predicting and interpreting the Russian leadership’s plans and actions. Nobody seems to have foretold the abrupt start or equally sudden end to the military stunt.

Some lessons from the past weeks are positive. Ukraine’s military is a lot more capable than it was in 2014 (that is not a surprise to Ukrainians and their friends, but is bigger news in some other countries). Turkey’s pro-Ukrainian stance was welcome too.

Less pleasantly, this episode has underlined how good Russia’s military logistics have become. Quickly and efficiently, it moved 100,000 troops as well as tanks, aircraft, naval forces, field hospitals, fuel, munitions, and electronic warfare equipment. Those capabilities will be on display again on NATO’s eastern border with Russia and Belarus as the Zapad-21 exercise (which has already started) moves towards its intensive phase there in September.

The chief lesson though is that that the Biden administration cares more about European security than most European countries do. That is not sustainable in the long run. Either Europeans are going to have to do more, or the Americans, beset by problems elsewhere, will do less.

Photo: Ukrainian President Zelensky on a Working Trip to the Donbas. April 8, 2021 Credit: President of Ukraine