A Daunting Future for Ukraine in 2021

Interlocking crises have battered Ukraine last year — and are conspiring to make the coming year even worse. 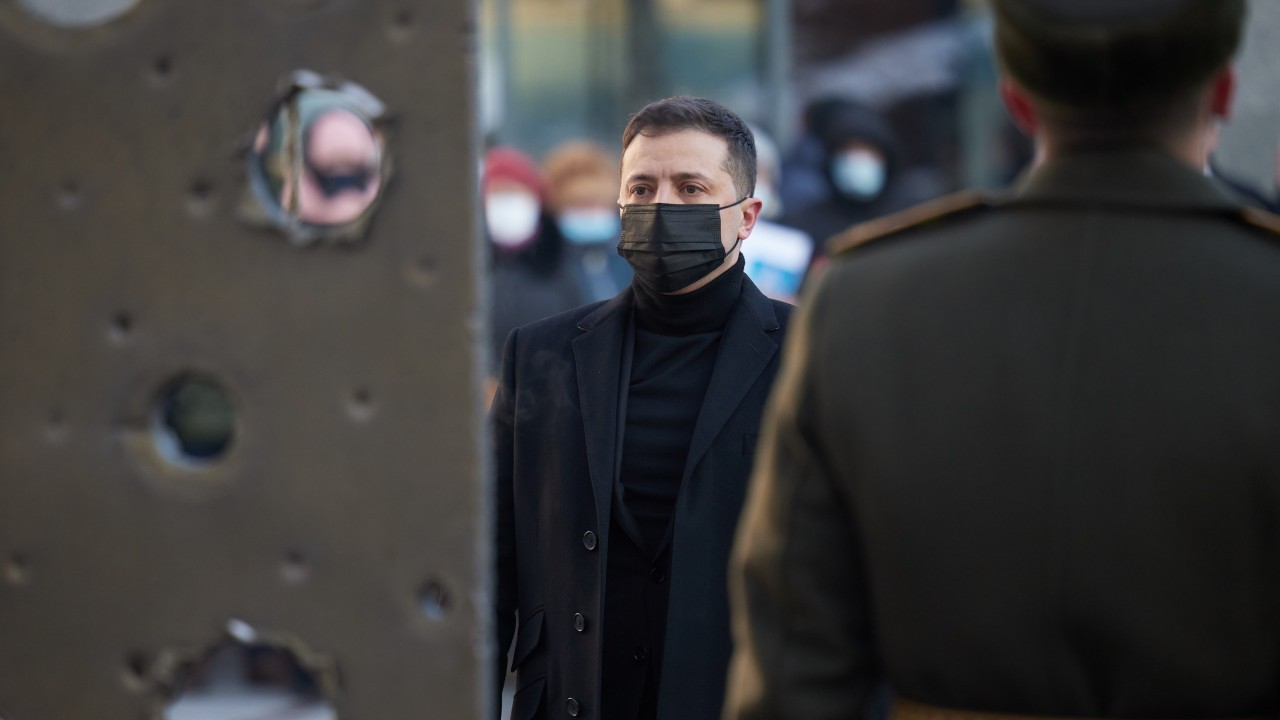 2020 was a particularly challenging year for Ukraine. From economic and health crises caused by the coronavirus pandemic to the ongoing Donbas conflict and anticorruption setbacks, Ukraine has struggled to address critical issues on multiple fronts. Moreover, Ukrainian citizens have started to wonder if their political leaders are up to addressing these problems. Simply put, things have not gone all that well in the last year.

The biggest challenge going forward remains the coronavirus pandemic. According to the Kyiv Post, over one million Ukrainians have contracted the coronavirus while roughly 22,000 have died from the disease. Ukrainian hospitals have struggled to cope with the pandemic, as many hospitals were ill-equipped and ill-prepared to take on such an influx of patients.

Beyond the stresses to the healthcare system, the pandemic also had a significant impact on the Ukrainian economy. According to the International Monetary Fund (IMF), Ukraine lost roughly 8 percent of its GDP due to the pandemic. Such a blow, in turn, cripples Ukraine’s efforts to further improving its pandemic mitigation efforts, which only prolongs and deepens the crisis. Worries abound that a kind of doom loop is emerging that will keep Ukraine struggling well beyond this year.

The Ukrainian government will also have to address the ongoing Donbas conflict. April 2021 will mark a grim seven-year anniversary. Over 14,000 people have died from the conflict and nearly 2 million are displaced. The Minsk Agreements have failed, and the Normandy Summits have been postponed due to the pandemic. The ongoing war has cost the Ukrainian government billions. During the 2019 Ukrainian presidential campaign, Volodymyr Zelensky stated that he would make resolving the Donbas conflict his priority. His efforts have yielded some of the country’s largest prisoner swaps with Russia. The conflict itself, however, slowly grinds on.

Ukraine faces additional threats along its borders. Tensions have ratcheted up on the Black Sea. Russia captured Ukrainian sailors during the Kerch Strait incident in late 2018, and persisted in its aggressive behavior in 2019. Though there have not been many headline-grabbing incidents last year, Russia has continued to militarize its naval presence in the area, limiting Ukraine’s access to the Black Sea. Rumors abound that Russia may nuclearize the Crimean peninsula, with some concerned about a renewed Russian offensive in southern Ukraine, in a final effort to establish a land bridge from Ukraine’s Donbas to Moldova’s Transnistria. It is hard to judge how likely this is, but the siege mentality is taking a political toll domestically.

Ukrainians are also facing internal problems, in the form of continued reform backsliding in the Ukrainian government. This has been evident since at least March of last year, when Zelensky replaced his cabinet with politicians with ties to Russia. In July, the governor of the National Bank in Ukraine resigned due to “systemic political pressure.” The biggest setback was when the Constitutional Court of Ukraine decided to reverse the mandate of the National Agency for the Prevention of Corruption, ruling that Ukrainians no longer needed to declare their official income and assets online. Zelensky’s government is undoing much of the anticorruption reforms that were passed during the Euromaidan years. Should this backsliding continue, the IMF may halt its efforts in Ukraine. This trend could also cost Ukraine its visa-free status to the European Union.

Zelensky and his Servant of the People party are beginning to lose the support of the Ukrainian people. After their surprising win in the 2019 presidential and parliamentary elections, Zelensky’s party was embarrassed during the October 2020 local elections. Zelensky is seeing major declines in his approval ratings, and there are reports that his party is fragmenting. Zelensky’s collapse would likely lead to greater decentralization and more regional divisions, thus making Ukraine’s politics even more unwieldy. This could strengthen pro-Russian forces in Ukraine, and it could undo much of Ukraine’s progress since its revolution.

Overall, Ukraine’s challenges ahead are daunting, and all are negatively self-reinforcing. All is not yet lost, but all eyes are on Zelensky now. Without strong political leadership and vision, 2021 could easily prove worse than the awful year we have just left behind.

Mark Temnycky is an accredited freelance journalist who covers Eastern Europe and its impact on the U.S. and European foreign policy and national security. His articles have been published by the Atlantic Council, the Wilson Center, the Center for European Policy Analysis, Forbes, and the Diplomatic Courier.