A demonstrator wearing a mask reading "stupid restrictions" looks on during a protest against the Czech government's restrictions as the spread of the coronavirus disease (COVID-19) continues in Prague, Czech Republic, October 28, 2020. REUTERS/David W Cerny
February 8, 2021

Russian COVID disinformation operation has been tragically successful, at both undermining the West and in spreading lies that have cost lives.

The COVID-19 pandemic and its devastating social and economic repercussions have provided a golden opportunity for malevolent actors to push anti-Western narratives into the mainstream. Both Russia and China have taken advantage, but Russia’s approach, at least initially, seems to have been more successful, given that it was built on a well-established disinformation playbook that has been in use for years, especially in Central and Eastern Europe (CEE). Its effects, unfortunately, have been doubly disastrous, as they have not only successfully spread doubts about the West’s competence, but have likely cost countless lives in the region through the promotion of dangerous conspiracy theories.

Even more than 30 years after the fall of communism, CEE is still perceived as the soft underbelly of both the EU and of NATO. Due to geography and history, Russia still sees this region as its backyard, and tries to influence developments in various ways, targeting everything from energy to economic policy, both through supporting pliant political parties and through deploying sophisticated disinformation efforts.

While all the countries of CEE joined both the EU and NATO more than 10 years ago, the image of the West as a “shining city on the hill,” epitomized by the EU, NATO, and the United States, seems to be losing its broad appeal, and a more cautious, maybe even opportunistic, attitude is emerging among voters. Such an attitude is evidenced in the latest GLOBSEC Trends report, where 52 percent of CEE’s population stated they would prefer their country to balance between the West and the East. It is a manifestation of a strong self-identification with Central European identity, and a testament to a complicated regional history, but it also signals growing fatigue with the failed promise of European economic “convergence”.

Voters in CEE partly take the status quo for granted. The formerly communist countries in the region have gotten used to all the benefits of EU membership and the security guarantees provided by NATO. The radical positive changes that happened 15 or 10 years ago are in the distant past.

Partly as a result of this amnesia, politics have shifted. Wave after wave of populist politicians came to power across the region, often using the EU and its policies as a punching bag, especially focusing on values associated with and promoted by the EU (such as gender equality, LGBTI rights, anti-discrimination) as alien, and threatening to national identity or to so-called traditional values. The conflict between Hungary and the European Commission over the rule of law conditionality, which paralyzed the adoption of the new EU 2021-2027 budget and the COVID recovery package, perfectly illustrates this shift.

Euro-skeptic narratives — labeling the EU as weak and incompetent, and at the same time as an overweening power seeking to dismantle national identity — are a long-term favorite tactic of pro-Russian and Russian-originated disinformation. And they seem to work, at least to some extent. Central Europeans seem to be living in two parallel realities. In one, they are enjoying the advantages of EU membership, while in the other they tremble at evil Brussels taking away their identities. This dichotomy is well demonstrated in the latest GLOBSEC analysis. While EU membership is supported by 75 percent of Central Europeans, 38 percent agree that the EU is destroying their traditional values and national identity.

The COVID-19 pandemic and the initial slow reaction by the EU, especially the lack of coordination in the procurement of medical supplies and the lack of mutual support in the early months of the crisis, was leveraged by both Russia and China to increase their respective standings in the region. While China used its mask diplomacy to win hearts and minds with mixed results, Russian-originated information campaigns had different goals more in line with Russia’s long-term regional strategy. They aimed to portray the western liberal democratic order as weak and incompetent, while simultaneously pushing many, often contradictory, conspiracy theories as to the origins of the virus.

According to an EEAS database, the first documented cases of Russian-originated conspiracy theories related to the COVID-19 pandemic date back to as early as January 2020. In the early phases of the pandemic, Russia peddled mostly conspiracy theories, blaming the pandemic on the United States, or trying to portray the virus as a U.S. biological weapon against China. Later on, the focus changed to scaremongering, advising people to avoid COVID-19 vaccines which, allegedly, is a means of pushing invasive nanochips into the bloodstream. Even more recently, the narrative has shifted further in claiming that the Russian-made Sputnik V vaccine is the safest and most effective solution on the market.

As the vaccination effort rolled out across CEE, the seeds of doubt, planted in early 2020 but watered every day by a constant trickle of disinformation, bore their terrible fruit. One-third of the region’s population (34 percent) now believes that COVID-19 is fake, and one in four (26 percent) believe the coronavirus was deliberately made in the United States.

Moreover, there seems to be a direct correlation between the widespread acceptance of COVID-related conspiracy theories pushed by pro-Russian sources and a low willingness to get vaccinated. Only 37 percent of Central Europeans would agree to get vaccinated against COVID-19, according to GLOSBEC study, far lower than in Germany (60 percent) or in the United States (63 percent). Moreover, several countries in CEE witnessed large, sometimes even violent, demonstrations and riots against mask-wearing or vaccination. And while such protests are not unique to the region, the low trust in authorities and the resulting unwillingness to get vaccinated is. Unlike in the first COVID-19 wave, during the second wave, CEE recorded one of the highest per-capita numbers of both mortalities and infections. The reckless conspiracy theories will have doubtlessly cost many lives.

It is imperative — literally a question of life and death — to strengthen efforts to counter and neutralize the impact of these narratives. While some CEE countries, such as Slovakia, have taken first important steps in this regard, more needs to be done to save lives and protect society at times when the negative impact of disinformation is more severe than ever.

Photo: A demonstrator wearing a mask reading "stupid restrictions" looks on during a protest against the Czech government's restrictions as the spread of the coronavirus disease (COVID-19) continues in Prague, Czech Republic, October 28, 2020. Credit: REUTERS/David W Cerny 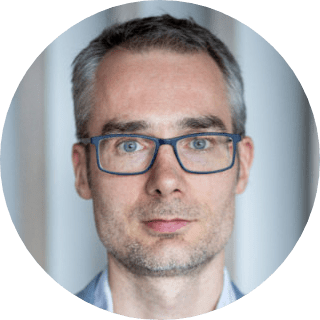