“If he beats you, it means he loves you” has become a sadly well-worn phrase in Russia. By which perverse logic, there’s a lot of love in Russia these days.

More than 12,000 women died as a result of domestic violence in the 2011-2019 period, according to a new study published by the Russian Consortium of Women's Non-Governmental Organizations. Of those 12,209, 81% (around 9,868 women) were killed by their partners. The remaining 19% died at the hands of other relatives, according to the study.

The true numbers are believed to be far worse, perhaps by multitudes. Officials often fail to record incidences of domestic violence and the men responsible for killing or harming their partners often escape the consequences. And as with the enormous undercounts of Russian covid-19 deaths, the state bureaucracy is unwilling to highlight anything that reflects badly on the country.

But even the official statistics paint a grim picture. According to the UN Office on Drugs and Crime’s International Homicide Statistics, in 2018 there were 0.7 intentional homicides per 100,000 women in the UK, 2.2 in the U.S., and 4.1 in Russia.

It is notoriously difficult for women to obtain help from the authorities, in part because of the widespread acceptance of what is termed toxic masculinity: a certain veneration of machismo violence and a refusal to assume or impose any accountability.

In one recent, high-profile case, a 63-year-old Russian historian Oleg Sokolov was jailed after murdering his 24-year-old student Anastasia Yeshchenko in November 2019 — but only after he was found drunk in a river with her severed arms in his possession, and after more than 7,500 people signed an online petition.

There have been numerous cases where women reported domestic violence incidents to the police several times and were ignored, before being murdered. In 2015, a man named Oleg Belov killed and dismembered his pregnant wife Yulia Belova and their six children in the Volga city of Nizhny Novgorod. Belova had filed numerous police reports, her last being in July that year, mere days before she was butchered.

Another unnamed woman recalled police telling her in 2017 that they could not protect her from a partner who pushed her out of a window because the police station “is not a hotel.” Ekaterina Telkina, a Muscovite, was brutally murdered in mid-March 2020 in her own apartment. Her neighbors repeatedly phoned the police, but after standing around in the building they simply drove off. Her body was found by her brother. Police statistics suggest that 600 Russian women are killed in their own homes every month, the BBC reported at the time.

The scale of the problem is emphasized by the fact that police not only fail to act on domestic violence complaints, they are sometimes also the perpetrators, as Novaya Gazeta recently noted. In 2018, Officer Sergei Gusyatnikov stabbed his wife Elena more than 50 times after learning that she wanted a divorce.

Meanwhile, the Kremlin has been actively dissolving the remaining vestiges of legislation designed to protect women. In 2017, domestic abuse causing “minor harm” was decriminalized. Later, in 2019 the government began work on a draft law to address the issue, but when human rights organizations criticized it as inadequate, it was shelved and has not reappeared since the covid-19 pandemic.

Nasiliu.net (No To Violence) is an organization seeking to provide domestic violence victims with legal and psychological support — but that was enough to make it a problem in the eyes of the authorities. As Novaya Gazeta reported in April, officials took issue with Nasiliu’s small United Nations (UN) grant for a project on sex equality, which funded the production of a video. It was evicted from its offices in Moscow after the landlord visited, accompanied by “oversized men in leather jackets,” asking that they vacate the premises, according to the paper.

The government’s hostility to charities working beyond its direct control and socially regressive approach to such issues has led it to argue that violence against women is a “family issue” which should be sorted out within the family. Last December Nasiliu was declared a “foreign agent” — a designation used to make an official existence almost impossible.

“Our government has once again shown that it’s forbidden to fight violence in our country,” feminist activist Alena Popova wrote on Twitter at the time. However, Nasiliu was far from the first. “ANNA” Centre, a prominent Russian women’s rights group, was designated a “foreign agent” as early as 2016.

Over the course of the pandemic, the domestic violence problem has become considerably worse — as is the case worldwide. Facial surgeon Ruslan Mellin, who works in Kemerovo, southwestern Siberia, recently told The Art Newspaper that the number of patients with broken jaws, especially women, increased over lockdown. He has been sketching the victims and their wounds as part of a project called Violence in the Flesh.

“Most of them said they had provoked their husbands. These were women with a high-level job, bank managers and doctors, with serious injuries,” he said. 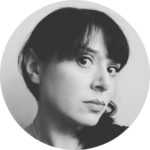