Putin’s focus is on staying in power and protecting his billions in ill-gotten gains, and he will do whatever he has to achieve that.

Despite ending a hunger strike to protest his lack of proper medical treatment in prison, Russian opposition leader Alexei Navalny remains in grave danger. So, too, do the organizations associated with him and anyone who has worked at them or supported them.

Reports that Navalny was possibly days or even hours from dying — or being murdered by the Putin regime, to state it more accurately — have subsided, after Western leaders pressed Putin to allow Navalny to be seen by civilian doctors (although their calls to Putin for his release fell on deaf ears). But Navalny is not out of the woods by any means, especially given that he was poisoned by Putin’s agents only last summer. Nor should Putin be let off the hook for not — yet — murdering Navalny.

Navalny survived last year’s assassination attempt and recovered in Germany, but  Putin’s law enforcement authorities arrested him upon his return to Moscow in January and charged him with violating his parole from a previous, politically motivated persecution. The show trial of Navalny, reminiscent of those under Stalin in the 1930s, produced a prison term of 2.5 years — long enough to keep him from meddling in the parliamentary elections this fall.

Going after Navalny is clearly not enough for Putin, however. Russian authorities this week sought to ban three organizations connected to Navalny by designating them as “extremists”. Anyone working at these organizations and anyone who has donated to them risks prosecution.

Navalny-linked organizations are not the only target of regime efforts to shut down independent sources of news and information. Last week, the Justice Ministry designated the respected news outlet Meduza a “foreign agent,” which could cripple its ability to function. Even though its offices are located in Latvia, Meduza relies on reporters and sources inside Russia to do its job.

Silencing critics and opposition figures, and controlling the flow of information is not a recent phenomenon under the Putin regime. In its early days, authorities successfully seized control over two nationwide television networks owned by oligarchs Boris Berezovsky and Vladimir Gusinsky. The regime drove most other independent news organizations out of business and off the air, or used Kremlin-friendly oligarchs to take them over.

During Putin’s first two terms as president, Russians who had the temerity to investigate possible wrongdoing and/or challenge Putin’s hold on power were threatened, even killed (see the cases of Sergei Yushenkov, Yuri Shchekochikhin, and Anna Politkovskaya, to name just a few). Other examples came later, such as Boris Nemtsov, who at the time of his assassination was Russia’s main opposition figure, and Vladimir Kara-Murza who miraculously survived two poisoning attempts. The case of Sergei Magnitsky inspired the 2012 U.S. legislation that sanctioned Russian officials involved in gross human rights abuses.

Living beyond Russia’s borders hasn’t provided protection from Putin’s reach, as evidenced by the fatal poisoning of Alexander Litvinenko in the UK in 2006 and the attempted poisoning of Sergei Skripal in 2018, both former agents of the Russian-Soviet security services. Litvinenko was outspoken in his criticism and accusations of Putin from exile, but Skripal was living quietly in the English cathedral city of Salisbury, and yet Putin despises anyone who, in his mind, turns against him and/or Russia.

Putin’s focus is on staying in power and protecting his billions in ill-gotten gains, and he will do whatever he has to achieve that. Silencing critics and independent news outlets and offing opponents are second nature to Putin.

When asked by George Stephanopoulos whether he considered Putin a killer, President Joe Biden answered in the affirmative — and rightly so. Now Biden plans to meet Putin in Europe this summer, according to reports. He better be prepared to answer the “killer” question again, since it is certain to be asked by a journalist when the two leaders appear together. That will make for an awkward moment, to say the least, and should raise questions inside the White House about the wisdom of such a meeting in the first place.

Just because Putin has not so far killed Navalny, nor launched another full-scale invasion of Ukraine, he should not be praised, nor should not crossing those thresholds be all that’s required for granting Putin a meeting with the American president. In his first week in office, Biden spoke with Putin by phone and both sides agreed to renew the New START Treaty, demonstrating that a sit-down with Putin is not required to get some important business done.

The Biden administration has made democracy and human rights a major part of its foreign policy platform, and that’s to be applauded. But it’s hard to see how a Biden meeting with Putin advances that agenda, given Putin’s atrocious human rights record. Biden should keep his distance – or at least bring plenty of hand sanitizer and double up on masking.

David J. Kramer, who served as assistant secretary of state for democracy, human rights, and labor in the George W. Bush administration, is director of European and Eurasian studies and senior fellow in the Václav Havel Program for Human Rights and Diplomacy at Florida International University’s Steven J. Green School of International and Public Affairs. 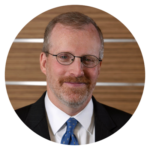