The U.S. must now stand, unbending, with Ukraine to reassert the rules-based international order.

America’s inglorious departure from Afghanistan is a coup for Russia and China. Their schadenfreude is almost tangible, as their propaganda outlets trumpet the implosion of America’s resolve and the global “failure of democracy.” Each has a target in mind where it feels the conditions are ripe to exploit U.S. weakness: Ukraine and Taiwan are now in the crosshairs.

And yet, a moment of such clarity presents opportunities. Ukraine provides a fulcrum for the redemption of America’s deterrence credibility. Russia aside, the U.S. failure of resolve on Ukraine thus far is also encouraging China to threaten an invasion of Taiwan. Unlike Ukraine’s established international status, no international institution or significant nation recognizes Taiwan’s sovereignty or territorial integrity; the U.S. withdrew diplomatic recognition in 1979.

If the U.S. fails in the effective defense of the very essence of what it espouses — Ukraine’s right to exist within internationally agreed borders, the centerpiece of international order — then where is America’s credibility regarding Taiwan, which that order does not recognize? Remember that China is constantly assessing U.S. credibility and resolve.

American foreign policy thinkers have failed to join the dots about the threats the country faces.

Russia’s Defense Minister Sergei Shoygu has described cognitive warfare as manipulating the enemy to “make decisions in the interests of the opposing party.” That fits America’s history with Russia (and before that the USSR), where there has been a cycle of self-defeating decisions regarding Ukraine. Whether that meant recognizing the Soviet Union just as it was starving Ukrainians into submission in the 1930s, tolerating what Stalin’s favorite assassin, Pavel Sudoplatov, described as Moscow’s “75-year war against Ukraine” or joining with the NKVD herding hundreds of thousands back to the Gulag, the U.S. has much to consider about its past.

Strategic sagacity has not been a hallmark of America’s dealings with Russia or China. The U.S. must now stand, unbending, with Ukraine to reassert the rules-based international order that resulted from two world wars. It would be undeniable proof that Afghanistan was not America’s Waterloo, and that the country lives to fight another day.

Victor Rud is a founder and past Chairman of the Ukrainian American Bar Association and now chairs its Committee on Foreign Affairs.

Photo: National flags of Ukraine and the U.S. fly at a compound of a police training base outside Kyiv, Ukraine, May 6, 2016. Picture taken May 6, 2016. Credit: REUTERS/Valentyn Ogirenko 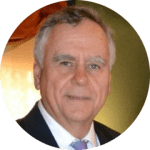