Photo: The ministers of foreign affairs and other officials from the P5+1 countries, the European Union and Iran while announcing the framework of a Comprehensive agreement on the Iranian nuclear programme. Credit: Wikimedia Commons
April 19, 2021

With indirect talks now resumed between the  U.S. and Iran, Europe holds the key to a successful outcome.

During the 2020 United States Presidential campaign, then-candidate Joseph Biden announced that “if Iran returns to strict compliance with the nuclear deal, the United States would rejoin the agreement as a starting point for follow-on negotiations.”

He was of course referring to the 2015 Joint Comprehensive Plan of Action (JCPOA) between Iran and the P5+1 (the United Nations Security Council’s five permanent members — the U.S., China, Russia, France, and the United Kingdom plus non-member, Germany) that President Donald Trump had withdrawn from as part of his “maximum pressure” strategy against Iran.

Now that Biden is President, his administration must find a route to reassemble the deal that matched verifiable constraints on Iran’s nuclear program in return for sanctions relief. At present, no mutual return has been negotiated as the U.S. and Iran are demanding that the other party fully comply first. Earlier this month, however, delegates from all the signatories of the JCPOA gathered in Vienna to initiate indirect talks between two countries. As key stakeholders in this process, Europe must consider how best to advance its own interest while serving as a bridge between the U.S. and Iran.

Since the end of the Cold War, Europe’s relationship with Iran and its nuclear program has been a mixture of the collaborative and the adversarial. In the 1990s, the European Union (EU) had established ties with Iran by investing in its aging infrastructure, opening markets, and negotiating gas and oil deals as an alternative to Russia. Europe has good reason to be concerned by Iran’s nuclear program, since it would put the continent within reach of Iran’s long-range missiles. Moreover, Europeans hope to prevent an arms race in the Middle East (for example, Saudi Arabia might respond with its own program) and to avert a preemptive Israeli strike on Iranian facilities that could easily escalate into a destabilizing conflict. Some observers have also suggested Europe’s conflict-averse leaders may fear U.S. military action more than they fear Iran’s nuclear ambitions.

European powers began taking an active role in nuclear negotiations with Iran between 2003-2006, which led to the E3’s (Germany, France, and Britain) Paris Agreement in 2004. However, this accord did not result in a more comprehensive agreement that could include the U.S., and subsequently fell apart. The E3 would continue to press their Iranian counterparts on its missile and nuclear program as the impasse deepened on all sides.

As Iran’s nuclear program progressed, Europe joined other concerned countries in taking a harder line. In 2006, after Iranian President Mahmoud Ahmadinejad restarted Iran’s uranium conversion facilities, the E3 expanded into the P5+1. This cohort of nations passed and implemented UN-backed sanctions, with the EU complementing this effort with its own boycott of Iranian gas and oil in 2012. The election of Hassan Rouhani in 2013 signaled a shift in Iran’s external posture that coincided with the Obama administration’s acceptance of low-levels of Iranian civilian uranium enrichment as part of its criteria for a final negotiated settlement. By November 2013, the P5+1 and Iran had put together a Joint Plan of Action. This deal placed strict limits on Iran’s heavy water nuclear and uranium enrichment program and permitted the International Atomic Energy Agency (IAEA) to verify Iran’s compliance in return for sanctions relief from the EU, the UN, and the U.S. The E3, as well as the EU’s High Commissioner, Catherine Ashton, played a crucial role in drafting the main tenets of the deal and would become its most ardent defenders as its fate was called into question in the coming years.

On May 8, 2018, President Trump announced that the JCPOA was no longer in the interest of the U.S. and that his administration was reimposing sanctions. He had called the agreement a “disaster” and “the worst deal ever negotiated” during the 2016 campaign, and now sought to apply unilateral pressure in the hopes of incorporating Iran’s missile program and threatening behavior in its region into a larger settlement. This strategy was met with intense criticism from America’s European allies (as well as the other P5 +1 members). The remaining parties initially agreed to remain in the JCPOA and to fulfill their respective commitments without the U.S.

The EU issued “practical measures” for the ongoing implementation of the JCPOA to assuage Iranian concerns about the future status of the agreement. Despite this, Iran started to exceed the JCPOA limitations from May 2019. Currently, the U.S. and Iran are in a stalemate and Iranian Foreign Minister Javad Zarif has formally requested that the EU mediate a U.S. return to the deal. The question now is what can the E3 and EU (E3/EU) do to help both parties save face and find a viable path to back to the agreement?

European leaders will have to utilize their strategic position to facilitate the political conditions necessary for reconciliation. The E3/EU’s mediation effort must reestablish trust between the United States and Iran with urgency, not least because the IAEA recently reported that Iran has been producing small quantities of uranium metals, a vital element for manufacturing warheads. It is now estimated that Iran’s breakout time to produce a bomb is down to four months (although a mysterious explosion at the heavily fortified Natanz nuclear plant on April 11, widely blamed on Israel, may set back the regime’s plans by many months.)

Thus, the first imperative for the E3/EU is to have all parties focus on rehabilitating the JCPOA. Although many would like to see the current agreement expanded to incorporate other nefarious Iranian behavior, the current focus should be on maintaining the current format and restoring the deal. Europe has already opened a “Structured Dialogue” with Iran in 2018 to address concerns outside of the JCPOA’s purview. This mechanism has the potential to be expanded to include the U.S. in the near future. Additionally, Iran is seeking compensation for the economic hardships resulting from America’s reimposition of sanctions. While this demand should not obstruct current efforts, the Western powers could expedite and add additional humanitarian relief to Iran’s recently approved loan request to the IMF as a confidence-building measure.

The E3/EU could make substantial investments in the teetering Instex trade channel to boost trade with Iran. It is in Europe’s direct interest to have open trade with Iran and would show Iran that no matter what the United States does, if Iran abides by the agreement, they will have an economic partnership with the E3/EU. In the next weeks and months, the fate of the JCPOA will largely be in Europe’s hands as it seeks to revive and maintain a tenuous relationship between the U.S. and Iran.

Photo: The ministers of foreign affairs and other officials from the P5+1 countries, the European Union and Iran while announcing the framework of a Comprehensive agreement on the Iranian nuclear programme. April 2, 2015 Credit: Wikimedia Commons 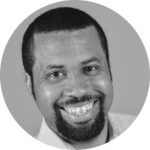