The debate over how to regulate gig platforms and treat gig workers rages on both sides of the Atlantic.

Sirens blared. My Uber driver taking me to the Brussels Airport froze. The Brussels transit police had spotted our driver using an app - and pulled us over. Under Brussels municipal regulations dating back to 1995, licensed drivers (and ours was properly licensed) are only allowed to pick up customers who call them. They cannot use a mobile phone app.

In the capital of Europe, and throughout the continent, the burgeoning gig economy risks strangulation. Antiquated - and fragmented - regulations are one danger. Another, perhaps even more dangerous threat, is a European Commission recommendation scheduled to be announced on December 8 that almost all gig drivers should be treated as full-time employees.

Admittedly, the debate over how to regulate gig platforms and treat gig workers rages on both sides of the Atlantic. California beat Europe in trying to make them full-time employees, only to be overruled by popular vote. It is legitimate to insist that Uber and other platforms don’t treat the streets like the Wild West and respect safety and other traffic regulations. And their workers need to receive adequate social protection.

Yet Europe has gone far beyond these common-sense rules. Many cities have imposed specific additional obstacles on ride-hailing drivers, even when the rules are outdated for the digital world. In addition to its ban on smartphone apps, Brussels requires Uber drivers to drive cars worth at least EUR33,000. While taxis can pick up fares in succession, Barcelona obliges ride-hailing drivers to wait 15 minutes before leaving for a pickup. Germany forces them to return to their garage or a predefined parking space between two trips unless they have prior bookings. Romania requires ride-hailing drivers to have cash registers. Throughout much of Europe, taxis are allowed to drive on bus lines. Platform drivers cannot.

The debate over worker status is even more confusing. Courts around the continent have come up with contradictory rulings, some requiring drivers to become employees and others saying they should stay as independents. Governments are stepping in and legislating. In August, Spain ordered platforms to reclassify drivers and couriers to employee status - throwing 8,000 people out of work, riders’ associations claimed in a letter to the European Commission.

If such rules are made mandatory across Europe, the job losses will multiply. According to the survey of 16,00 couriers across 24 European countries, sponsored by the platforms conducted by Copenhagen Economics, two-thirds of the respondents mark “flexibility” as the reason why they’re delivering food. “Up to 250,000” current couriers couldn’t work in delivery if hours would be predetermined by an employer, the survey says, while as many as 75,000 couriers would have to leave the workforce.

There are constructive ways forward. Estonia is a good example. As elsewhere in Europe, Estonia’s taxis protested the arrival of gig platforms.  In 2014, some 1,500 drivers blocked streets in the capital of Tallinn. A government investigation found that restrictive regulations had created a taxi shortage. Taxi drivers found it difficult to obtain licenses and it took up to an hour to get a taxi in the capital Tallinn during rush hour.

In 2016, Estonia became the first European country to regulate and legalize ride-sharing. The new rules put private-hire drivers and taxis on common legal ground, with similar licensing and quality vetting. Estonian taxi drivers no longer need to take a long exam. They need only to fill out an online application, pay EUR38, and wait a week for their license. Private drivers still cannot pick passengers who hail them from the street, but they do not have to carry taxi signs or invest in a taximeter.

Results have been positive, for the industry, the government, and consumers. The new rules have increased tax receipts, with ride-hailing drivers registering and reporting incomes for the first time. Waits for rides in Tallinn have vanished. Estonian ride-hailing platform Bolt has become a European unicorn: launched in 2013 by a 19-year old high-school student Markus Villig, it now operates in 150 cities in more than 35 countries, including 16 E.U. member countries, with more than a million drivers and 30 million clients.

Back in Brussels, the transit police allowed our Uber driver to continue to the airport, issuing him a warning. Another warning would mean a fine and a third would see his license revoked. During the ride, the driver complained about how the city’s rules were threatening his livelihood. He worked for two other ride-sharing apps, in addition to Uber. He believed he could make more money as an independent, working when he wanted to than as an employee.

Since our departure, protesting Uber drivers have blocked Brussels streets and the app company has threatened to close operations in the city. Authorities have relented, at least for now, allowing for a “temporary solution” to allow them to continue working. But the long-term future remains dark, particularly if the European Commission moves ahead to support full-time employment.

“What does the government want me to do - work or collect unemployment?” he asked. Europe seems to answer unemployment. 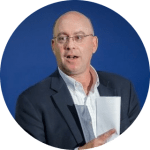