The EU needs to reconcile its quest for technological sovereignty with a commitment to strategic openness and international cooperation.

Semiconductors have become a crucial commodity, the backbone of today’s interconnected world. A global shortage of this essential product is fueling geopolitical competition.  Democratic Asia, Europe and the US must collaborate to resolve the crisis.

From older, lower-end chips used by the automotive industry to high-end ones needed for cutting-edge products such as PCs and smartphones, semiconductors are the ‘brains’ in all electronic devices. COVID-19 closed down chip production facilities, while triggering strong demand for personal electronic devices.

The US-China tech trade war worsened the shortfall. Washington imposed trade restrictions on China’s biggest chip manufacturer (Semiconductor Manufacturing International Corporation – SMIC). These sanctions put pressure on non-Chinese manufacturers, already operating at full capacity. On top of these factors, Taiwan, the biggest player in the semiconductor manufacturing industry, went through its most severe drought in more than a century. Huge amounts of ultra-pure water are needed in the semiconductor production process.

The semiconductors sector is highly concentrated, specialized, innovation-driven, extremely capital-intensive, and, importantly, it is controlled by consolidated players in Asia and the US. China so far has failed to develop self-sufficiency, due to a lack of local know-how, and the high costs to stay ahead in the semiconductor innovation race. Beijing remains dependent on imports of cutting-edge chips.

Today, the US (Intel) competes in many parts of the advanced production processes, like chip design and fabrication. But the highest concentration of cutting-edge chips fabrication and assembly is in Asia, mostly in Taiwan (Taiwan Semiconductor Manufacturing Co – TSMC), then South Korea (Samsung Electronics), with Europe only a minor player.

The chips shortage has prompted a frantic race in Europe and the US to pursue strategic autonomy.

The US is promoting home-grown manufacturing, research and development, and supply chain security massive investments and incentives under the bipartisan American Chips Act. For Washington, a key strategic priority is to maintain an edge in semiconductor innovation.

Semiconductors are considered “‘foundational technology” key for projecting both military power and fueling economic performance in the digital age.  A recent National Security Commission on Artificial Intelligence report, stressed the high risks of failure: “If a potential adversary bests the United States in semiconductors over the long term or suddenly cuts off US access to cutting-edge chips entirely, it could gain the upper hand in every domain of warfare.”

Likewise, the EU aims to strengthen the resilience of its semiconductor supply chain and boost European stakes to reach the top tier of chipmakers. It aims to acquire 20% of the global market by 2030.  In her latest annual State of the Union speech, European Commission President Ursula von der Leyen pitched the European Chips Act. Her Commission recently kick-started the European Alliance for Processors and Semiconductors, bringing together representatives from member states with business, research, and technology organizations. According to European Commissioner for Internal Market Thierry Breton, “our tech sovereignty is within reach.”

Are European ambitions realistic? They might be misplaced, particularly when it comes to the production of leading-edge chips that take time and abundant finance to develop. It is difficult to gain control over production and supply chains, and the EU is coming late to the party. Other major impediments are the EU’s own Single Market rules on competition and a history of keeping public subsidies to a minimum.

Although European technological sovereignty might convince member states about the merits of ‘more-EU’ in coordinating tech innovation, going-it-alone is not always feasible, be it in semiconductors or other emerging tech areas. Key strategic partnerships are required. This explains Commissioner Breton’s recent visits to the US, Japan, and South Korea in an effort to onshore production and attract high-end fabs to Europe.

Europe does have attractions to chip manufacturers. The bloc enjoys a considerable research ecosystem, scientific and industrial capabilities, and a skilled workforce. Two Europe-based success stories are worth flagging. Belgium’s Interuniversity Microelectronics Center – IMEC – is a leader in semiconductor research involving nanometer chips. And the Dutch multinational company ASML is a critical supplier of lithography systems – manufacturing complex machines essential to the production of integrated circuits or microchips.

When it comes to critical technologies, a strong transatlantic tech alliance is vital. It comes as no surprise that semiconductors are on the Pittsburgh EU-US Trade and Technology Council agenda. The Council seems to be a good forum to find common ground on boosting security in semiconductor supply, identifying gaps in value chains, and coordinating when blocking foreign takeovers.

Europe must avoid a global semiconductor ‘subsidy race’ with the US, and other players such as South Korea and Taiwan. The goal should be to support home-grown tech innovation in chip design. The EU needs to reconcile its quest for technological sovereignty with a commitment to strategic openness and international cooperation. The only real solution is for key like-minded partners to work together.

Raluca Csernatoni is an expert at Carnegie Europe in Brussels focusing on emerging and disruptive security and defense technologies. 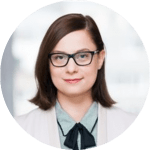