Photo: In this photo illustration, a warning message in Ukrainian, Russian and Polish languages is displayed on a smartphone screen and in the background. Hackers carried out attacks on several of Ukraine's government websites, including the Ministry of Foreign Affairs, the Ministry of Education and Science, the State Service for Emergency Situation, and others, reportedly by local media. This attack, on Ukrainian government web resources, is the largest in the last four years. Credit: Photo by Pavlo Gonchar / SOPA Images/Sipa USA.
January 14, 2022

The signs from Ukraine are bleak as hybrid warfare attacks are already underway.

Hours after the failure of negotiations with the US, NATO, and the OSCE to persuade Russia to remove 100,000 troops from close to Ukraine’s borders, the Kremlin organized a huge attack on Ukraine’s digital infrastructure.

Or at least, that’s the likeliest explanation for today’s (January 14) events. Because while it’s absolutely certain that Russia is furious that its demands were rejected by the West, and has organized past cyber-offensives against Ukraine, the nature of internet assault can allow the assailant anonymity, at least for a while. Ukrainian special services announced they are investigating the origins, but there were few in Ukraine who doubted Russian responsibility.

What we do know is this: Ukrainian government websites were attacked and stopped working and a statement was attached. “Be afraid and expect the worst,” it said in Ukrainian, Russian, and broken Polish below an image of a crossed-out Ukrainian flag. “This is for your past, your present, and your future.”

There was no surprise at the development within Ukraine. There is a growing consensus that a Russian attack is inevitable, the only question being the sequence of events. The preferred tactics will fall under the umbrella category of so-called hybrid warfare, which can include cyber offensives (as well as military, political, economic, civilian, and information weaponry) to soften up targets before other elements are brought into play.

This expectation was underlined today (January 14), when the Biden administration said Russia was covertly preparing attacks against its own separatist allies in Eastern Ukraine. “We have information that indicates Russia has already prepositioned a group of operatives to conduct a false-flag operation in eastern Ukraine,” an official told the Washington Post. “The operatives are trained in urban warfare and in using explosives to carry out acts of sabotage against Russia’s own proxy forces.”

Russia’s discontent with the outcome of the three rounds of talks it had demanded was clear yesterday (January 13), with choreographed and menacing statements from its spokespeople. Speaking after the final round of talks ended in Vienna, Russian Foreign Minister Sergei Lavrov said Moscow had “run out of patience” with the West. Another Russian official said that while Russia was a peaceful country, there could be “no peace at any price.” Meanwhile, the Kremlin said that proposed sanctions by the US Senate would be “equated as an initiative to sever relations.”

Last month, President Vladimir Putin said Russia would resort to "military-technical measures" if its demands to curb NATO’s presence in Central and Eastern Europe and to halt Ukraine’s integration with the alliance are not met.

While the impact of this most recent cyber-attack seems to have been minor and there was no personal data theft, according to Ukrainian officials, it is an indication that further digital assaults, including those aimed at critical infrastructure, are possible. Russia has targeted Ukraine before. In 2015 and 2016, suspected Russian hackers took out parts of the country’s power grid, leaving more than 220,000 without power and heat in midwinter. And in 2017, the NotPetya virus targeted banks, newspapers, and leading companies.

The war of nerves has to not be limited to websites. In recent days, thousands of anonymous bomb threats have been issued via email and phone in many Ukrainian cities, forcing the temporary closure and checks of metro stations, schools, and shopping malls. In one day alone, on January 13, police in Kharkiv received 234 alerts about a possible terrorist threat. All of them turned out to be hoaxes, but they did what they were designed to do: raise tension and make the citizenry more anxious.

It is unlikely Russia’s final step will be a full-scale invasion. After all, Putin’s preferred approaches of those of the KGB officer he once was, and the costs of an all-arms invasion would be too high. But for now, a covert attack offers the attractions of deniability and is less likely to trigger the “range of high-impact economic measures” that Secretary of State Antony Blinken has warned of in the event of invasion.

Some European Union (EU) countries are already reluctant to impose costs on Russia in case of a new invasion of Ukraine: recent statements from German officials — that the pipeline should not be “dragged into” the dispute — indicate an unwillingness to stop Nord Stream 2 gas pipeline even if Ukraine is attacked. But covert, hybrid aggression could further deepen divisions between those countries objecting to Russia’s bellicose behavior and those willing to turn a blind eye.

There are reasons to believe that a new Russian attack on Ukraine will be rather hybrid than overt. Russia can attack Ukraine on multiple fronts and with multiple means, military and otherwise. That’s what it did back in 2014. Thousands of “green men,” troops stripped of all identifying insignia who were in fact Russian special forces suddenly landed to annex Crimea, and later reappeared in Donbas, posing as locals and igniting a war.

Simultaneously, a powerful propaganda machine was put into operation, which accused Ukrainians of crimes, such as crucifying children, and denied Russian involvement in the war. It managed to persuade domestic audiences in Russia, but also many in the West, discouraging retaliatory action. Biting sanctions were only imposed on Russia after its proxies shot down the flight MH-17 in July 2014, killing 298 Dutch and other foreign nationals on board.

Russian disinformation has been on the rise again simultaneously with the new buildup at Ukraine’s borders since November. US officials said it was now at the 2014 levels, and some studies have shown there was up to a 4,000% increase in the activity of Russian disinformation actors on social media. Once again, as in 2014, Kremlin mouthpieces describe Ukraine as an aggressor and allege it has an influential far-Right movement, they accuse the US and NATO of escalation, and seek to undermine Western support to Ukraine.

This disinformation often comes from Russian state actors and is then amplified by government-controlled media and thousands of suspicious social media accounts. In one of the more extreme recent accusations, Defense Minister Sergei Shoigu said the US private military companies, together with the Ukrainian military, were preparing an attack on Donbas with the use of chemical weapons.

Russia has a history of fake attacks and of manufacturing pretexts, as with its bogus Mainila incident, which used to declare war on Finland in 1939. On Friday, Ukrainian military intelligence issued a warning much like that from the US, that Russia may stage an attack on its own military, this time in Transnistria, Moldova.

Meanwhile, domestic politics may also have an effect. In late December, Ukraine’s state bureau of investigations charged former President Petro Poroshenko with treason in connection to purchases of coal from the occupied territories. Poroshenko calls it a political charge and plans to return from abroad on January 17. His supporters are mobilizing to meet him at the airport. The internal division may provide opportunities for Russia to exploit.

Olga Tokariuk is a non-resident fellow at CEPA and an independent journalist and researcher based in Kyiv, Ukraine.

Photo: In this photo illustration, a warning message in Ukrainian, Russian and Polish languages is displayed on a smartphone screen and in the background. Hackers carried out attacks on several of Ukraine's government websites, including the Ministry of Foreign Affairs, the Ministry of Education and Science, the State Service for Emergency Situation, and others, reportedly by local media. This attack, on Ukrainian government web resources, is the largest in the last four years. Credit: Photo by Pavlo Gonchar / SOPA Images/Sipa USA. 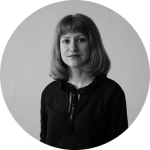