The West Needs a Coordinated Response to China’s Overreach 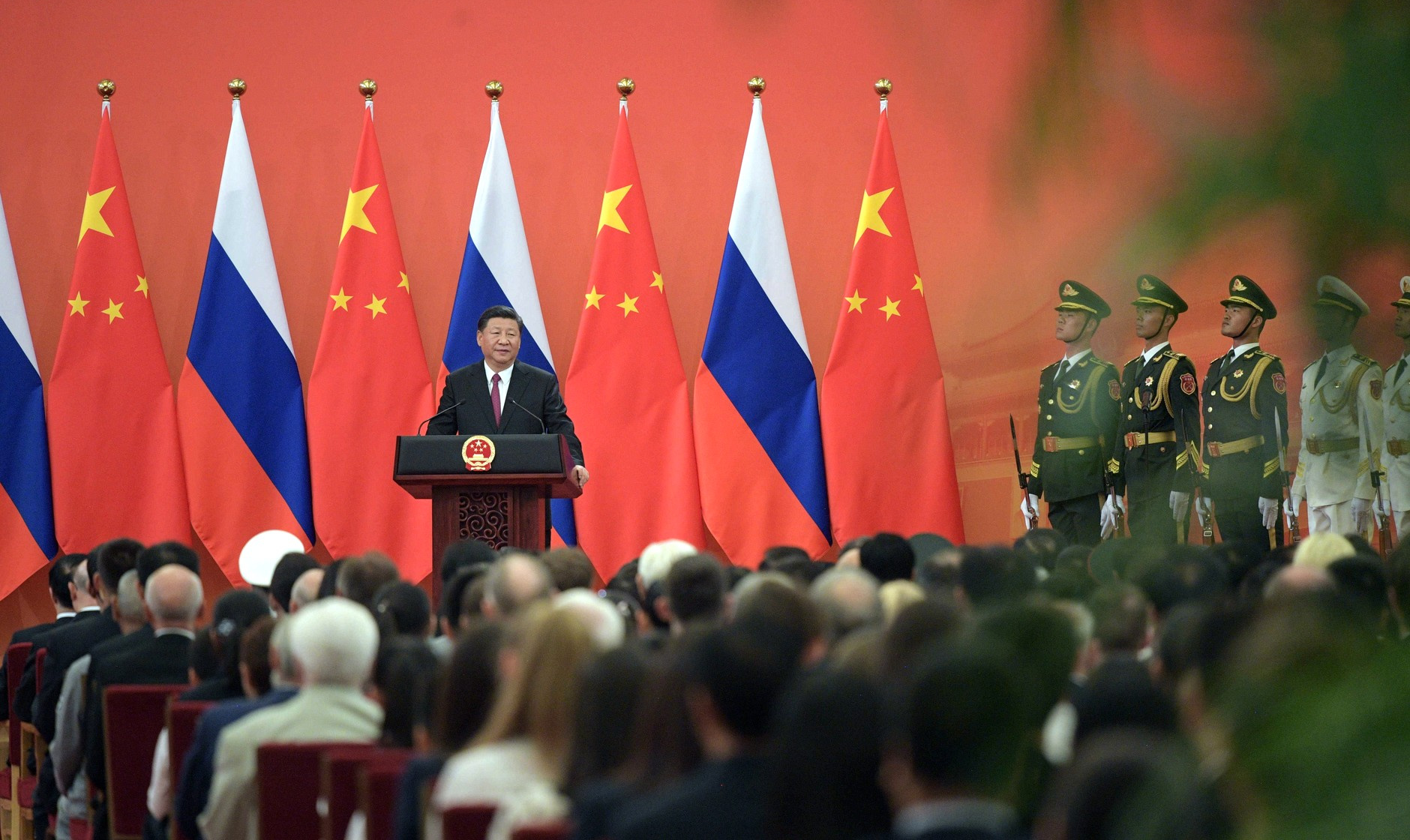 The West Needs a Coordinated Response to China’s Overreach

“Wolf Warrior diplomacy” is China’s new no-holds-barred approach to the outside world. It is named after a fearsome screen hero, Wu Jing, a kind of Chinese Rambo. The films are entertaining (the sort of unreflectively patriotic product that British and American studios made in the 1950s). But real life is more complicated. Far from trouncing its enemies, the Chinese Communist Party (CCP) is stiffening their spines.

One example of this is the furor over the joint letter written by European Union ambassadors in Beijing. It was an anodyne call for better relations, issued to mark the 45th anniversary of the opening of diplomatic ties. But Chinese officials wanted it watered down before it could be published in People’s Daily the CCP’s foreign-language propaganda organ. The EU envoy in Beijing agreed to that, without consulting his counterparts. They have complained. The result is a setback for the CCP.

The backlash against Wolf Warrior diplomacy is growing. China has stoked anger in Australia, Canada, Germany, the Netherlands, and Sweden — to take just a few recent examples.

But Western responses are still tactical and uncoordinated. Western countries, notably in Europe, are blinded by anti-Americanism to the broader strategic picture. The U.S. administration makes that easy. It gives the impression of scorning allies rather than wooing them. China, like Russia, feasts on our divisions.

In short, we need a strategy. We should pick the point of maximum Chinese overreach, and push back hard, and jointly. The obvious target for this would be Taiwan. The CCP leadership has turned the “one China” policy from a convenient fudge into an ideological straitjacket. It was designed to allow foreign countries to maintain pragmatic ties with Taiwan — a rebel province in mainland Chinese eyes — while having formal diplomatic links with the People’s Republic. That was a sensible approach. Only a few sentimentalists like me actually disagreed with the idea of normalizing relations with the communist regime.

The Chinese regime demands that the outside world treat Taiwan as a pariah. It wants it to be known only as “Chinese Taipei” or “Taiwan, Province of China” in public documents. It insists that the island state be denied observer status in the World Health Assembly, the deliberative body for the UN’s health watchdog, the World Health Organisation.

Outsiders are getting fed up with this. The Dutch trade and investment mission in the Taiwanese capital this month recently shortened its name to “Netherlands Office Taipei,” highlighting a broader, political mandate, and changed its logo to show the colors of the Dutch flag. The regime in Beijing could have ignored this tiny, symbolic twitch towards political relations with Taiwan. Nobody would have noticed. Instead, it issued a furious, Wolf Warrior-style complaint with threats of sanctions. This guaranteed that the Dutch move got plenty of publicity.

Other countries should take note of this. Improving relations with Taiwan costs very little. Admittedly, it infuriates the Chinese Communist Party. But mainland China cannot impose sanctions on the whole world. The more countries that do it, the emptier the threats. The former captive nations of the Soviet empire should be particularly keen on this. Estonia, Latvia, and Lithuania, for example, could set up a joint office in Taipei. Poland, which has one, could increase its staff and profile. The Czech Republic and Slovakia could change the name of their missions in Taipei from “Economic and Cultural Office” to something crisper. All countries could push for the restoration of Taiwan’s observer status at the WHO.

Supporting Taiwan is not just morally right. It is strategically smart because it exposes mainland China’s weakness. Just do it.