Our Debt to Ukraine — Payback Time

Europe has been unwilling to understand the clear link between Ukraine’s freedom and its own. 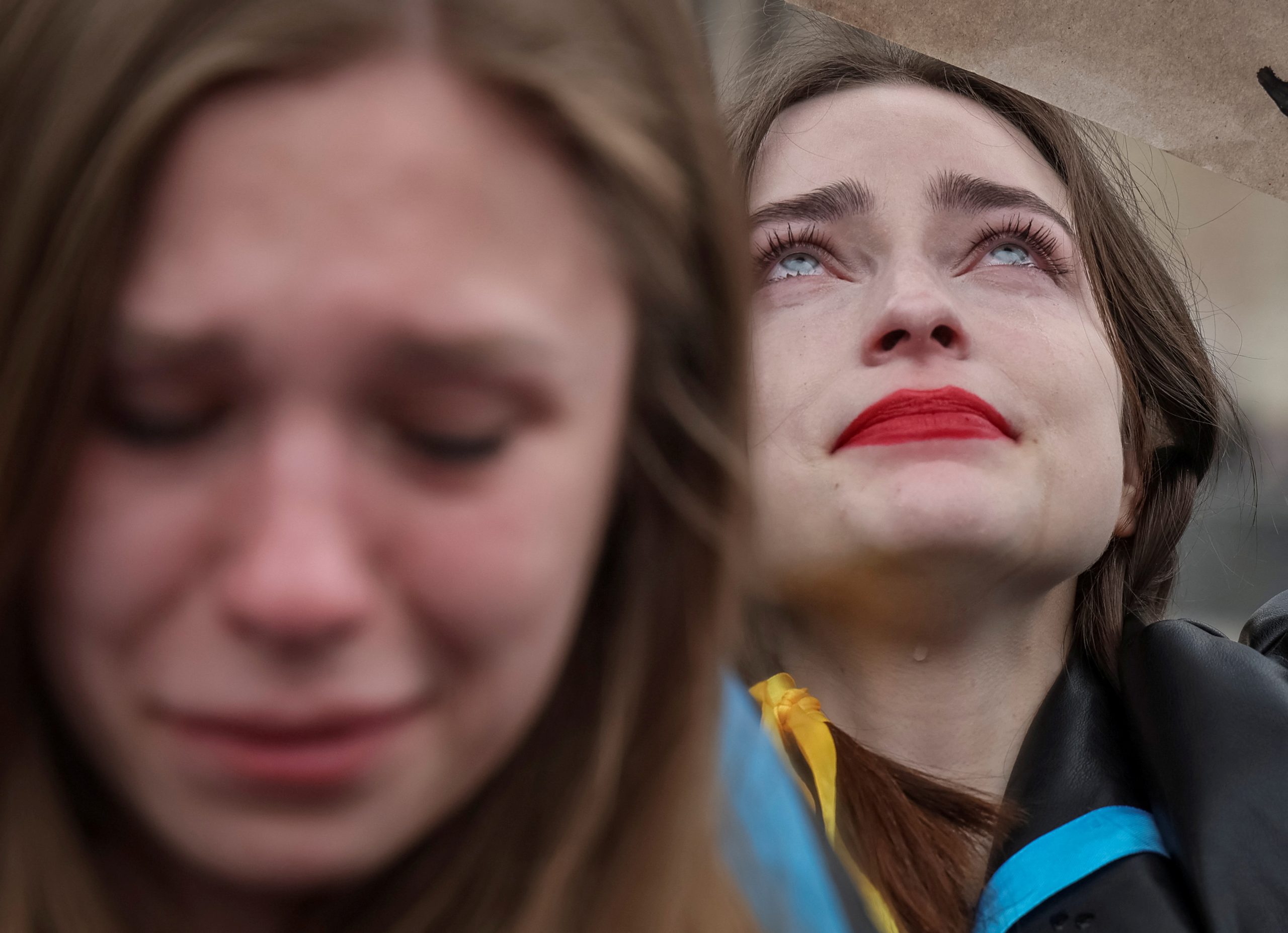 Photo: Women cry as they take part in a rally demanding international leaders to organize a humanitarian corridor for the evacuation of Ukrainian military and civilians from Mariupol, amid Russia's invasion of Ukraine, in central Kyiv, Ukraine April 30, 2022. Credit: REUTERS/Gleb Garanich

In 2015, I joined a rally of international solidarity with the people of France and the cause of free expression in the streets of Paris following the murder of 12 people — and the wounding of 11 others — at the editorial offices of Charlie Hebdo.

Al-Qaeda terrorists had been upset by the publication of a satirical caricature of the Muslim prophet Muhammad. In response, across much of the democratic world, the slogan je suis Charlie began to spread on social networks.

Attending as Lithuanian foreign minister, I saw the mournful faces of Parisians and shared the feeling that we had all been hurt by this massacre. It was as if their private lives, their everyday existence, had been invaded. Not long afterward, I told the regular Council of Foreign Ministers of the European Union in Brussels, of my experiences and that we should all feel je suis Charlie.

At the same time, I reminded my colleagues that day after day, Russian-organized separatists, with the full participation of the Russian army, were killing approximately the same number of Ukrainians. Not just soldiers, but also civilians, women, and children. Then I asked, “How many Ukrainians do we need to kill so that we all say je suis Ukrainien?” There was an awkward silence.

It was very difficult to accept that the lives of Ukrainians were less valuable than those of other Europeans. After all, Ukraine is not ours — it is not in NATO or the European Union. We are not under any formal obligation to them, but it still felt like something was badly wrong.

That feeling never left me, and it came back with a vengeance after February 24 of last year. The leaders of NATO and other democracies condemned the Russian invasion, but at the same time, they repeated almost every day that the alliance would not and could not intervene, that it would not engage in military conflict, and that the most important issue was to prevent the war from spreading to NATO, which would lead to a third world war.

It all seemed very logical, and yet once again, there was a niggling sense that something was out of kilter.

How could it be otherwise, as news began to ripple out about executions, torture, rape, and the mass graves of civilians in Bucha, Irpin, and Mariupol, a city where more than 20,000 died? The incantations that NATO would not intervene began to sound simply immoral. If we excluded the possibility of “closing the skies” above Ukraine because it would mean a direct military conflict between Russia and NATO, there were other issues where help sure could have been agreed upon — whether that be how to protect humanitarian corridors for refugees and how to protect nuclear power plants, because the consequences of an accident would certainly spread far beyond the territory of Ukraine.

But there was not even a consideration of any NATO role. Ultimately, the reassurances that the alliance would not intervene did have an effect, but perhaps not the one that Western capitals hoped for; the aggressor was encouraged — do what you need, we won’t interfere.

The fact that we are now able to discuss this, and consider how to right our wrongs, is that Ukraine refused to do as expected and lie down before the Russian military machine. Lithuania was among the first to provide aid, but from the outset, the pace of military aid has lagged far behind needs. And the self-limitations to supply effective offensive weapons, which seemed incomprehensible in the beginning, are now starting to look criminal.

The idea that Ukraine should not be given offensive weapons, because it will provoke Russia to further aggression, now looks pathetic. The Russians can bomb Kyiv and other cities with impunity, destroy civil infrastructure, and plunge the country into unheated darkness, but Ukrainians cannot receive long-range artillery, tanks, and combat aircraft from the West simply to fight in their occupied and annexed territories?

These self-imposed Western “red lines” have been crossed, one after another. We have moved from anti-tank missiles to artillery pieces to HIMARS rocket systems and have now reached the point where armored fighting vehicles (the US), main battle tanks (the UK), and the Patriot air defense system (the US again) are being readied for Ukrainian service. But the key decision, Germany’s dithering about whether to send Leopard tanks, is undecided as NATO representatives prepare to meet at Ramstein air base on January 20.

All this delay has not only prolonged the conflict but has cost innumerable lives. The terrorist Russian state is undeterred, continuing to fire guided missiles at civilians — its latest attack in Dnipro claimed the lives of at least 40 civilians, including children, who died in homes as they prepared the evening meal.

It may be that for some, there are still insufficient reasons to declare je suis Ukrainien, but if so, they might also acknowledge that the security institutions created to defend the democratic way of life have failed.

The United Nations because it has a veto-wielding terrorist state on the Security Council; the international courts, including the International Criminal Court, because they are slow and provide no deterrent; and the Organisation for Security and Cooperation in Europe because it has no role.

Yes, NATO and the EU are still standing and still viable, but that is in large part because of the heroism and sacrifice of the Ukrainians who have fought and died to defend the West. NATO was created in 1949 to secure freedom, democracy, and civilization itself.

Now Ukraine has shouldered this burden on behalf of other, equally menaced democracies. We owe this extraordinary country a huge amount.

When this war is won, and assuming it still wants to, Ukraine must immediately be accepted into NATO. EU accession negotiations must begin this year.

Only then can we begin to pay back the enormous debt that our countries owe to Ukraine and Ukrainians.

Linas Linkevičius was Lithuania’s Minister of Foreign Affairs from 2012-2020, was previously Minister of National Defense from 1993-1996 and 2000-2004, and is a member of CEPA’s International Leadership Council.