Taking Stock of Ukraine’s Achievements Amidst Russia’s Aggression Five years ago, the Ukrainian people staged a peaceful “revolution of dignity” against a corrupt regime sponsored by the Kremlin. They stood firm even under gunfire and it was the discredited President Viktor Yanukovych who eventually retreated and took refuge in Russia. With Moscow engaging in renewed […] 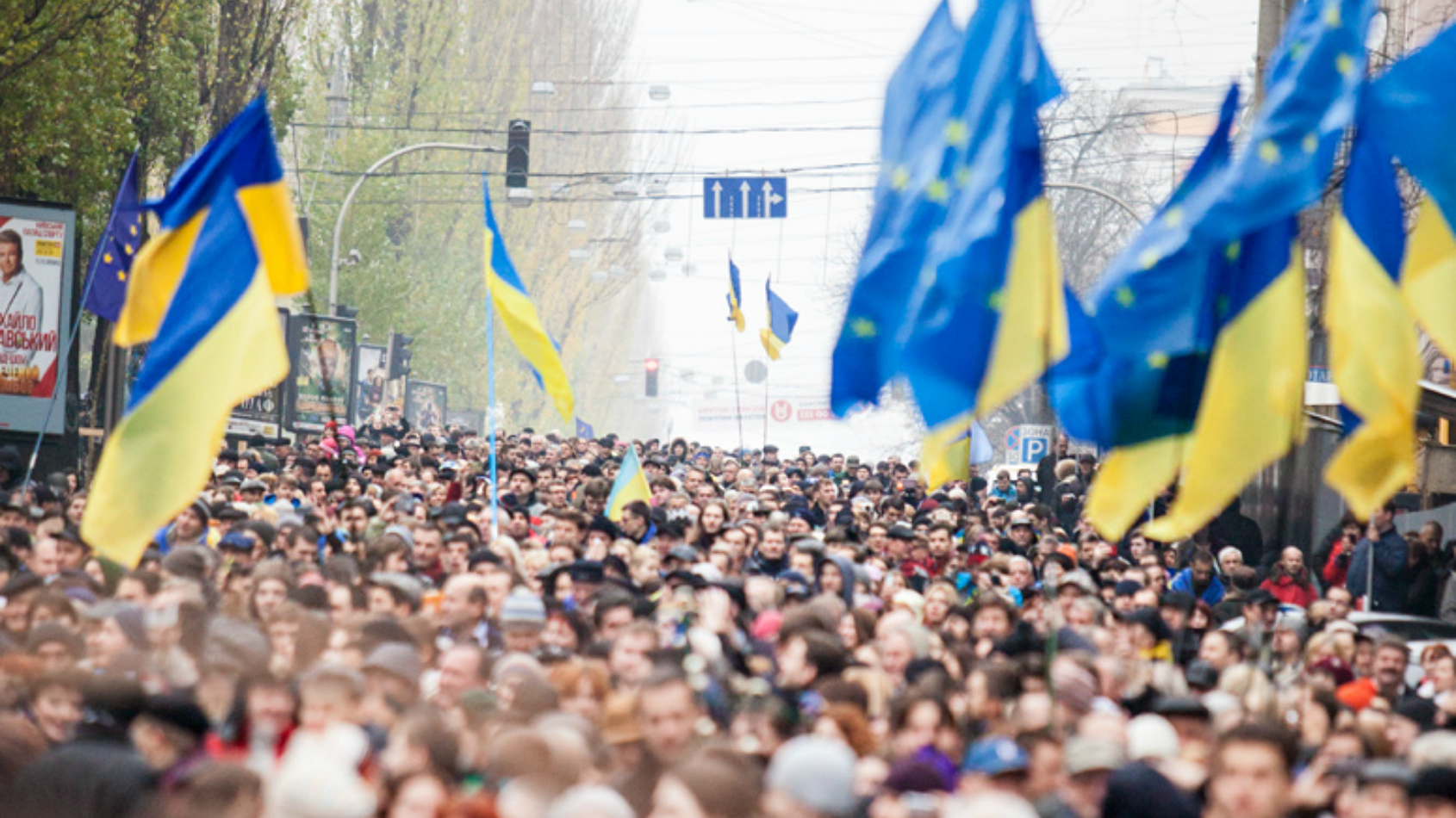 Five years ago, the Ukrainian people staged a peaceful “revolution of dignity” against a corrupt regime sponsored by the Kremlin. They stood firm even under gunfire and it was the discredited President Viktor Yanukovych who eventually retreated and took refuge in Russia. With Moscow engaging in renewed attacks against Ukraine in the Sea of Azov it is important to take stock of Ukraine’s achievements since those fateful days in Kyiv’s Independence Square.

Russian officials have spent the last five years depicting Ukraine as a failed state. Their frustration has visibly increased as Moscow’s forcible annexation of Crimea and its proxy war in Donbas only served to strengthen Ukraine’s resolve. Ukraine’s crucial achievement has been to resist the Kremlin attack by regaining its distinct identity and history, which undergird its commitment to building a successful state.

Several generations of Russian propagandists, novelists, and clerics have propounded the myth that Ukrainians are a subdivision of ethnic Russians with an inferior language and culture who have been afforded the benefits of “Great Russian” civilization. This patronizing and essentially racist policy has been continued by Putin and is now rejected by the overwhelming majority of Ukrainians. Hence, the regaining of autocephaly by the Ukrainian Orthodox Church is a decisive triumph in the country’s self-assertion.

The restoration of Ukraine’s Western direction has been a second major achievement of the renewed state. In September 2018, the Ukrainian parliament approved amendments to the constitution that underscored accession to NATO and the EU as the main foreign policy objectives. The ratification of the Association Agreement with the EU is viewed as a stepping-stone to eventual candidate status although the path to accession will be long and hard, necessitating much deeper reforms and a reinvigorated EU commitment to enlargement.

Russia’s invasion convinced Ukraine’s political leaders that NATO membership is the only long-term guarantee of the country’s independence. Parliament renounced Ukraine’s non-aligned status and made NATO entry a priority. Public support for NATO accession has soared since Moscow’s attack in 2014, from under 30% before the revolution to almost 70% by 2018. In March 2018, NATO itself formally added Ukraine to those aspiring for membership, alongside Macedonia, Bosnia-Herzegovina, and Georgia.

Ukraine has also registered successes in the political and economic arenas, although much work still needs to be done to consolidate the country’s democratic and free market credentials. Ukraine has a genuine multi-party system and holds regular elections, although corruption and abuse of office still need to be fully tackled. In 2019, presidential and parliamentary elections will enable citizens to give their verdict on the achievements of the first post-revolution government. Ukraine needs to monitor and counter Russia’s relentless attempts to influence and disrupt the election process.

The administration of President Petro Poroshenko has launched important structural reforms in public administration, the judiciary, and law enforcement, established anti-corruption agencies, and initiated a popular decentralization program to more effectively deliver public services at the local level. Nonetheless, Poroshenko’s popularity remains low largely because he has not relinquished his business interests, which are perceived as conflicting with his political position.

Since the economic crash of 2014-2015, Ukraine has attained macroeconomic stability even though deep-rooted structural problems remain. According to the World Bank, Ukraine’s economy is growing modestly – 2.5% in 2017 and projected at 3.5% in 2018. Most of this growth is the result of an uptick in manufacturing, services, and construction. However, faster growth and lower inflation is needed to improve living standards for the majority of citizens.

In the security arena, the Ukrainian military has undergone substantial reconstruction and managed to contain a Moscow-directed proxy-war in Donbas. The armed forces have grown to 250,000 active service personnel, the defense budget has been substantially increased to 6% of GDP, the supply of modern military equipment has steadily improved, and the government is committed to extensive structural reform to meet NATO standards. In addition to professionalization, this must include boosting combat capabilities, instituting civilian control, expanding the officer corps, developing the reservist system, and ensuring transparency and accountability in defense procurement.

In 1920, the reborn Polish state halted the Bolshevik Red Army on the outskirts of Warsaw, inflicted a major military defeat, and blocked Moscow’s export of communism. Today, it is the reborn Ukrainian state that stands on Europe’s front line in thwarting Moscow’s new expansionism. If over the next five years, Ukraine remains on track in its political and economic development and in its aspirations toward European and transatlantic integration, then Moscow’s imperial project will have suffered a major defeat.