If the West was to betray Ukraine, or if Ukraine was to crumble under the pressure, this would have been the week. 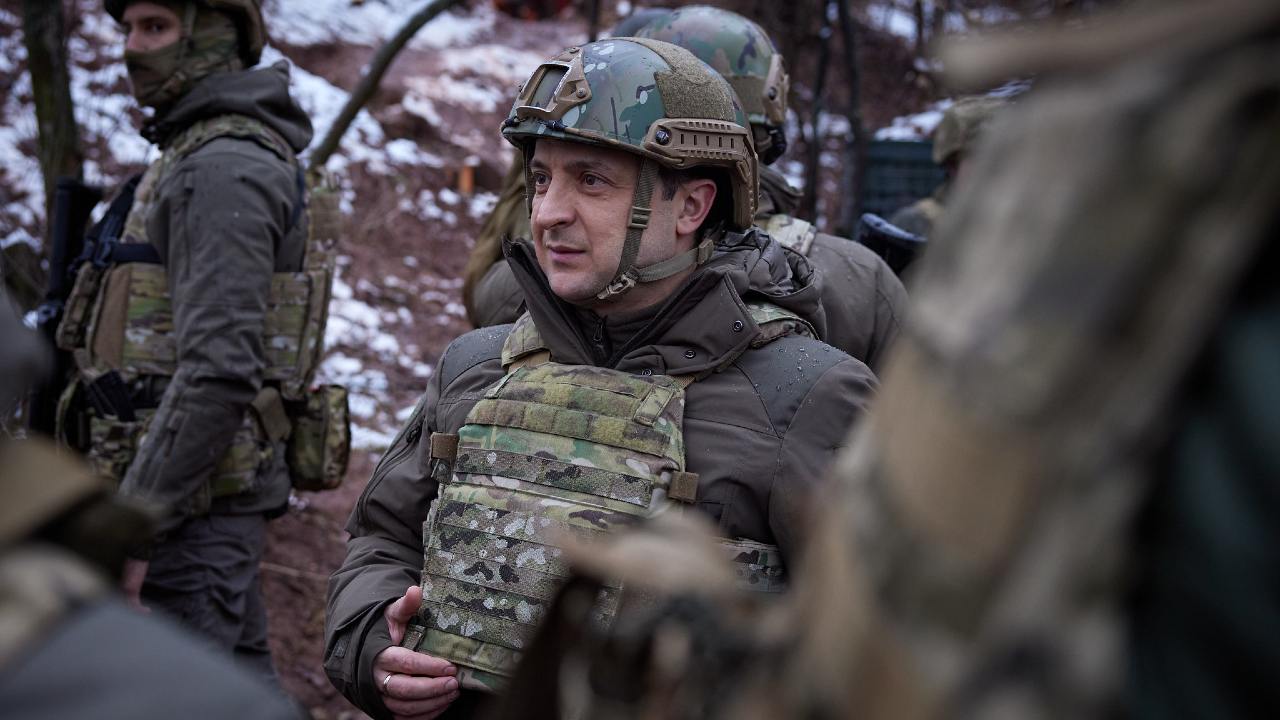 Photo: President Volodymyr Zelenskyy on a working trip to the east of Ukraine. Credit: Flikr President of Ukraine

The Strategic Importance of Snake Island Rusty Guns All Bluff? Russia’s Nuclear Threats The Ukrainian General Behind Putin’s Defeats Russia’s Militarization of the Black Sea: Implications for the United States and NATO Getting Ahead of the Curve: Chinese Influence in Central and Eastern Europe Putin’s Chef Seeks the Ingredients of Death
Explore

Instead, Ukraine dug in its heels and refused to cross its red lines at the Normandy Four advisors’ meeting in Berlin on February 10.

Despite Russian pressure to force it into direct talks with the Kremlin-controlled authorities in the occupied Donbas, the Ukrainian representatives said no. The three red lines were not breached — that Ukraine will not compromise on its territorial integrity, will not negotiate directly with separatists, and will allow no interference in its foreign policy.

Explaining the refusal to budge, Foreign Minister Dmytro Kuleba said that Ukraine could not accept Russia’s demand to deal directly with the Russian-occupied puppet statelets in Donetsk and Luhansk. “If Ukraine agrees to this, then Russia’s status will change from the party in a conflict to a mediator,” he said.

If Russian President Vladimir Putin was to get his way without bloodshed in his demands for the Finlandization of Ukraine, the outcome would have to be agreed at revived Normandy Format talks between France, Germany, Ukraine, and Russia. Critics of Ukraine’s President Volodymyr Zelenskyy openly worried that he might buckle under the enormous pressure exerted by the Kremlin and west European states seeking to avoid war. His position was analogous (though better than) that of Czechoslovak Edvard Beneš following the Munich conference in 1938.

History has not repeated itself, to Russia’s visible frustration. Emerging empty-handed from nine hours of negotiations in Berlin, Russia’s envoy Dmitri Kozak complained in a late-night press conference that France and Germany had refused to exert sufficient pressure on Ukraine. His unhappiness capped a week of Russian discontent with its Western counterparts. Foreign Minister Sergei Lavrov had openly wondered why he had bothered speaking to UK foreign secretary Liz Truss, given her unwillingness to budge, and Kozak reportedly complained when his German counterpart said he needed to walk his dog.

Back in Ukraine, the outcome of the Normandy talks was widely seen as positive, or rather, didn’t deliver the bad news some had feared. Those worries had been stoked by statements from French President Emmanuel Macron before and after his visit to Moscow, when he described the Minsk agreements as the only way to solve the conflict and explained that the West must understand Russia and “the contemporary traumas of this great people and great nation,” and suggested a new security system to “satisfy everyone on the continent.”

Ukraine was worried the Europeans, who the Russians have been trying hard to intimidate this week (“Do your readers want war with Russia?” Putin spat out at a French journalist at the press conference with Macron on February 7), might accept Russia’s interpretation of the Minsk agreements (i.e. implement the political elements granting more powers to Russian proxies in the occupied territories, while ignoring provisions such as a ceasefire and the withdrawal of heavy weapons.)

Ukraine’s argument is also that since the second protocol, Minsk II, was signed in February 2015 — after a series of Ukrainian military defeats — the situation on the ground in Donbas is much changed. It is estimated, for example, that Russia has issued more than 600,000 passports to Ukrainians living in the occupied territories, which Ukraine says has made Minsk implementation materially harder. Foreign Minister Kuleba said after the Berlin talks that the West was failing to take account of this issue.

Ukraine’s representative in Berlin, Andriy Yermak, said the parties agreed to continue negotiations at the advisor level, and to revive talks in a trilateral contact group. There is little hope for progress though, and no date has been agreed. Meanwhile, time seems to be running out.

The week ahead will be crucial. With Russia-Belarus military drills underway since February 10, and a near-blockade by the Russian navy in the Black Sea, the situation around Ukraine looks increasingly explosive. The exercises are set to end on February 20: the same day the Beijing Winter Olympics close. It is also the anniversary of the massacre of Euromaidan protesters by the pro-Russian Ukrainian authorities in 2014 and the beginning of the Russian operation to annex Crimea. Putin loves symbolic dates.

Ukraine has emerged as best it can from the Normandy Four talks and has made clear it will stand its ground. While the Europeans — at least for the time being — are not forcing concessions, Ukrainian popular sentiment is far from trusting. There are still worries that the position of its partners might change if — or when — Russia finally decides to launch its biggest military offensive to date.

Olga Tokariuk is an independent journalist and CEPA non-resident fellow based in Kyiv, Ukraine.