Russia’s sudden and substantial military escalation in and around Ukrainian territory has captured media and government attention not only in Ukraine but also in the EU, the United States, NATO, and other western capitals. 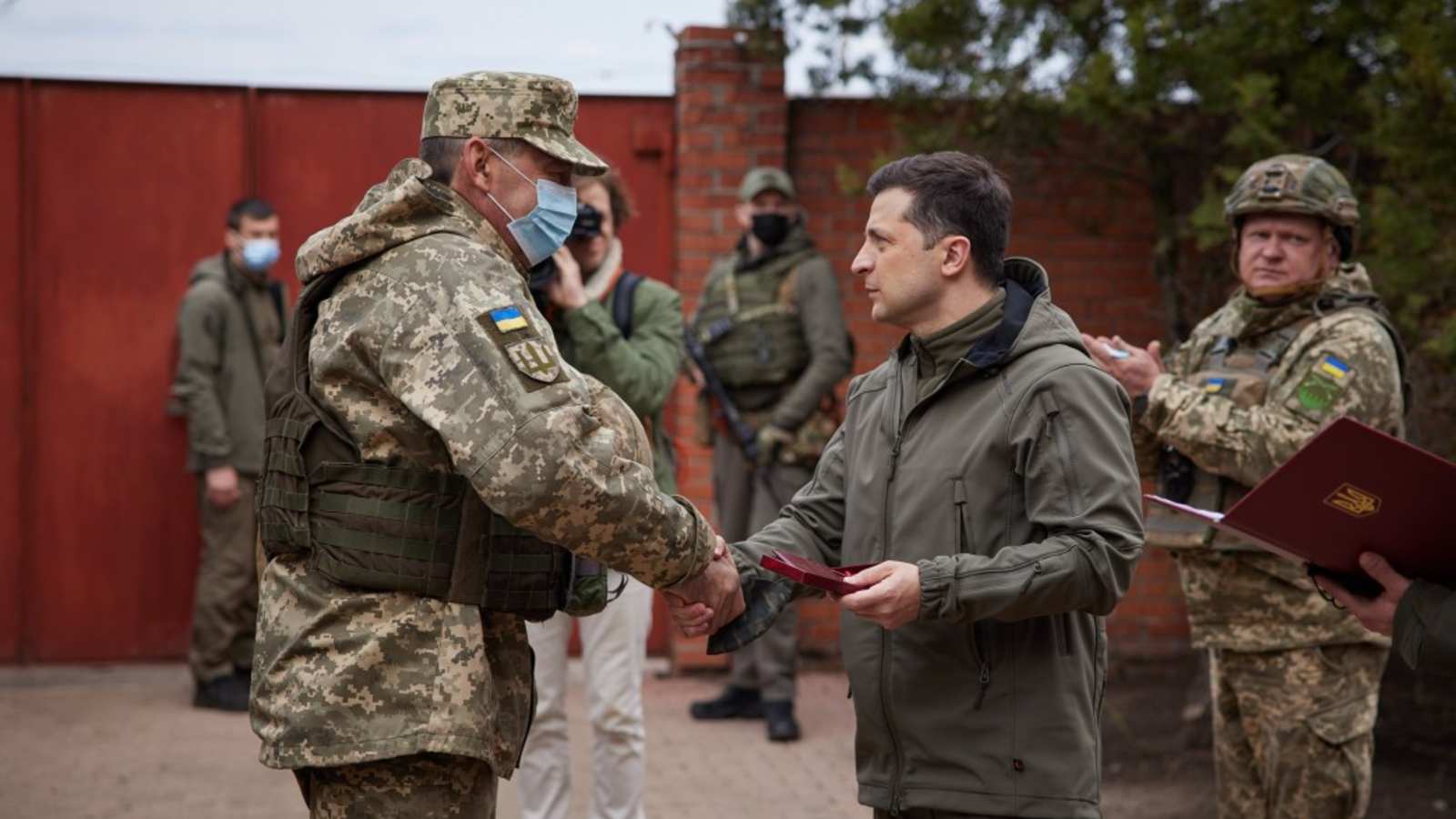 Russia has deployed more forces near Ukraine than at any time since 2014. In addition, it has added artillery and amphibious landing ships in Crimea, new tactical equipment in Donbas, and brought nuclear-capability artillery close to the Ukrainian border.

Speculation is rampant as to what Russian President Vladimir Putin’s intentions may be – a new invasion or merely psychological pressure – and eyes are focused on how the West responds. The rhetoric from Moscow has been inflammatory at a level not seen since Russia’s original 2014 seizure of Crimea and later offensive in Donbas. Former Deputy Prime Minister Dmitry Kozak, for example, said that a Ukrainian effort to defend itself would be met not with a shot “in the leg, but in the face.”

Thus far, statements and senior engagement from the United States and Europe have been swift and strong. In 2014-2015 in Ukraine – and prior to that in 2008-2009 in Georgia – the Western response was slow and underwhelming, ultimately leading to Russia’s escalation of conflict and occupation of Ukrainian and Georgian territory.

This time, however, Chancellor Angela Merkel publicly and pointedly told President Putin to pull back Russian forces that are now provocatively postured around Ukraine. The United States made a series of high-level phone calls to Ukraine, unprecedented in bilateral relations. Within a week, President Biden called President Volodymyr Zelenskyy to assure him of U.S. support, and Secretary of State Antony Blinken, Secretary of Defense Lloyd Austin, and Chairman of the Joint Chiefs of Staff, Gen. Mike Milley also called their Ukrainian counterparts with equivalent messages. EU High Representative Josep Borrell spoke with Ukrainian Foreign Minister Dmytro Kuleba and invited him to the EU Foreign Ministers’ meeting on April 19. NATO Secretary General Jens Stoltenberg spoke with President Zelenskyy and affirmed NATO support for Ukraine’s sovereignty and territorial integrity. The UK confirmed that a five-country NATO exercise will take place in Ukraine later this summer.

While statements have been strong, however, determined action from the United States and Europe is essential to convince Putin that the consequences of a new military offensive will be too great. Thus far, little direct action has been taken – no doubt with the thought of avoiding an unnecessary escalation of the situation. Long experience with Putin, however, shows that he uses his own threats of escalation as a means of deterring the West from protective action, while it is precisely such determined action that he actually understands and respects.

More assertive U.S. steps could include: deployment of U.S. naval ships to the Black Sea (as has been leaked); acceleration of the delivery of security assistance to Ukraine; a White House signal of support for legislation now pending in the Senate to increase that level of assistance; nomination of a new U.S. Ambassador to Ukraine; identification of an Administration official to take the lead on international diplomacy concerning Ukraine; and a visit to Ukraine by either Secretary of Defense Austin or Secretary of State Blinken. Europe should be considering equivalent steps – and in particular take action to suspend completion of the NordStream 2 pipeline.

The United States, Europe, and NATO should also prepare for the worst and attempt to deter it. The West has not made clear what it would do should Russia launch a fresh aggression in Ukraine, as it did in 2014. What if Russia tries to seize the reservoirs in Ukraine, that previously provided fresh water to Crimea? What if Russia substantially escalates the fighting in Donbas (all the while using misinformation to blame Ukraine for the fighting inside its own territory)? What if Russia opens a new front – e.g., from Belarus? The West should be identifying possible new sanctions, such as on Russian sovereign debt, and deploying forces preventively, in order to deter Russia. Also as part of deterrence, the West should be communicating now its determination to respond both with sanctions and military support to Ukraine should Russia indeed launch a new offensive.

All of this is necessary to quell a short-term crisis. What is striking strategically, however, is that Putin has forced the transatlantic community into a defensive position. The West should not allow itself to be cornered. Thinking long-term, the United States and Europe are in a position of strength. They need to establish their own goals and strategies for enfranchising Ukraine into the wider transatlantic community, rather than merely responding to outside events when a crisis flares.

The West should have its own policy of proactive support for a democratic, market-driven, rule-of-law governed, secure, and European Ukraine – on its own merits, and because a successful Ukraine will benefit the transatlantic political, economic, and security community as a whole. Of course, Ukraine must do its own work on reform – something that cannot be imposed from outside. But for Ukraine to have the time and political conditions necessary for such reform, it must be confident in its path toward Europe.

To date, Western policy has lacked such vision and commitment. Indeed, there are substantial divisions among Western countries concerning Ukraine. Yet had there been such a proactive approach to Ukraine before the current crisis, handling the crisis would be much less difficult than it now seems. We would be in a position simply to ratchet up action based on existing decisions, rather than having to plow new ground in an uncertain environment.

The West needs a Ukraine strategy – for its own reasons and in its own interests – whether or not Russia invades again.