The Tajik leader is becoming the most popular man on the block following the U.S. withdrawal 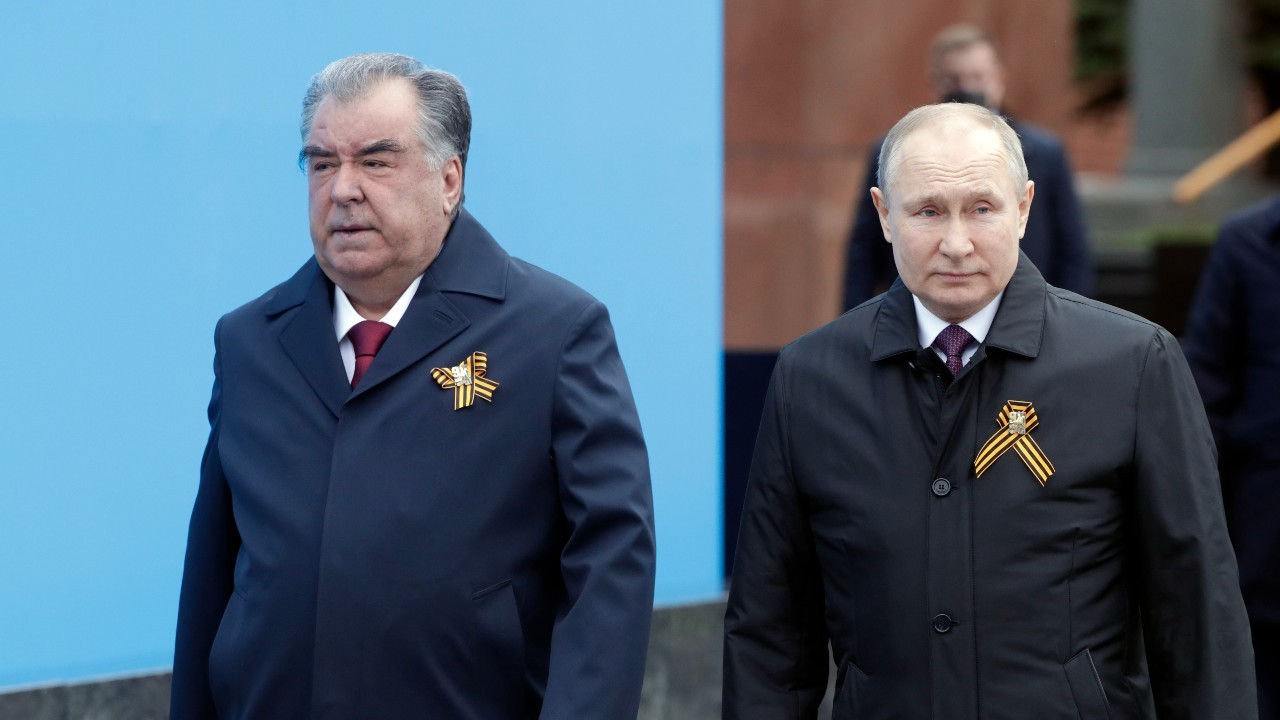 Afghanistan has retreated from the headlines, but while the Western news cycle may have moved onto other issues, the regional picture is very different. In a little-noticed statement last week, the Russian-led Collective Security Treaty Organization (CSTO) pledged to “fortify” the border of its member state Tajikistan against incursions from its southern neighbor.

The announcement was made by Tajik President Emomali Rahmon. His country may be poor (156th out of 194 countries, according to the International Monetary Fund) but its location makes it of long-standing interest to Russia and China, both of which have serious security concerns about Taliban-ruled Afghanistan now that U.S.-led forces have left. Both also have troops based in the country.

Rahmon announced on behalf of the CSTO that members would reinforce the 1,300km (807 mile) Afghan border “and implement a package of measures aimed at bringing down the level of and neutralizing potential threats in the organization’s space.” No further details were given, but the CSTO plans a series of operations in southern Tajikistan next month and in November following earlier Russian-led drills during the summer.

The pace of military movements has been accelerating across the region. During the past month, CSTO has held military exercises in Kyrgyzstan, while Uzbekistan held separate drills with Russia along the Uzbek-Afghan border. The organization’s members also stated it was on standby to provide more security assistance to Tajikistan should conflict spill into its territory.

Days after the CSTO meeting, Tajik President Emomali Rahmon hosted a summit of the leaders of China’s favored forum, the Shanghai Cooperation Organizations (SCO), where members also discussed Afghanistan. In that meeting, members suggested that closer cooperation should be encouraged between the CSTO and SCO Regional Anti-Terrorism Structure (RATS) and the two security organizations could begin joint drills with their respective rapid actions forces.

The risks to Russia and China are clear enough. China has an “intent to destroy” its Muslim Uyghur minority in Xinjiang province, through the use of forced labor, mass incarceration and the sterilization of women. This raises a risk of radicalization and armed resistance, the very circumstances in which Islamists can thrive. Many of the routes from Afghanistan to Xinjiang pass through Tajikistan.

For Russia, the risks are less direct, but equally important. The fate of CSTO members — including Kazakhstan, Kyrgyzstan, Tajikistan and Uzbekistan — is a key Russian security concern. The organization gives Russia significant reach into the former Soviet area, bolstering its claims to great power status.

For countries like Tajikistan, inhabiting the space between two large authoritarian powers and Afghanistan, great care is required.

Rahmon is the only head of state in the region who was also head of state the last time the Taliban were in power, pre-2001. Afghanistan is a key interest, home to a large number of ethnic Tajiks—about 25% of that country’s population — meaning there are strong cross-border bonds. It is clear which side the Tajik president stands on; he backed the anti-Taliban Panjshir Valley rebels of the Northern Alliance before 2001 and has demanded that the Taliban include representatives in the new government, something the group has rejected. He has declared a willingness to take in up to 100,000 refugees. Strong anti-Taliban rhetoric and public support for ethnic Tajiks in Afghanistan plays well at home and provides the Kremlin with a possible future option should Afghanistan return to the conflicts of old. The Taliban will know that support for any Tajik armed resistance would be easy to organize along such a long and often mountainous border.

There is a nascent, tentative alliance emerging among Afghanistan’s neighbors. The CSTO and SCO are now working together and drawing in others. Former observer states India and Pakistan joined the SCO in 2017, and while Afghanistan holds observer status, Russian Foreign Minister Sergei Lavrov was quick to note that the Taliban had not been invited to observe proceedings in the Tajik capital, saying “nobody is hurrying to give full recognition to the Taliban.” Iran, another observer, is now seeking membership too as it draws closer to Russia and China.

Vladimir Putin’s ambitions are plain from last week’s meeting. “We must look at systemic steps on synchronizing the activities of the SCO, CSTO and other regional associations not only as a means of resolving urgent problems but also as the groundwork for creating a common space of equal and indivisible security in Eurasia,” he said. Intelligence sharing was one suggested area of cooperation, along with joint military maneuvers.

However much the U.S. Afghan presence may have needled Russia and China, it did at least mute their worries about the overspill of hardened Taliban fighters. The withdrawal has left a security vacuum and Central Asia feels a genuine external threat for the first time in years. For countries sandwiched between Russia and China, working through multilateral organizations offers security while hopefully preserving their freedom of action.

Much will depend on events. If the Taliban returns to its old ways of brutality and ethnic oppression, the country will fracture again. That could see new fighting as ethnic Tajiks and other groups resist, the dampening of Chinese hopes to exploit Afghan natural resources, the risk of radicals reaching Xinjiang, and Russia allied to a frontline state with a strong motive for involvement.

This will be difficult terrain to navigate.