Despite questions about unity following the withdrawal from Afghanistan and the Aukus deal, transatlantic leaders say the alliance remains the cornerstone of global security. 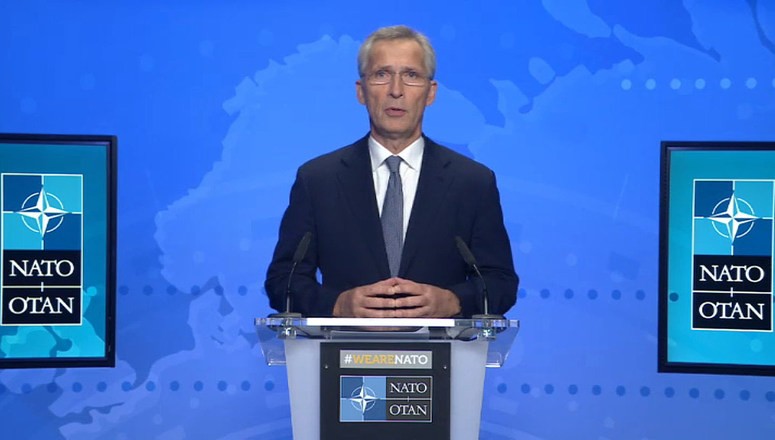 The withdrawal of U.S. and NATO forces from Afghanistan and a nuclear submarine deal involving the United States, the United Kingdom and Australia that has caused a rift with France have raised questions about the strength of the transatlantic alliance, NATO Secretary General Jens Stoltenberg said.

But he, and other transatlantic leaders participating in the 2021 CEPA Forum, reiterated the strength of the alliance’s bonds and the need for allies and like-minded partners to stand together in the face of threats from a revanchist Russia and the strategic ambition of a rising China.

The transatlantic bond “has been brought into question over the last few weeks with the withdrawal from Afghanistan and the Aukus agreement,” Stoltenberg said. “These are two very different issues, yet they have both triggered a discussion about the strength of our transatlantic bond,” he said.

The U.S. withdrawal from Afghanistan on August 31, amid widespread chaos and despite pleas from some allies to extend the deadline, shook European faith in the Biden administration. A fortnight later, transatlantic ties were put under new strain when Aukus was announced after the United States and United Kingdom took the rare decision to provide nuclear submarine technology to Australia. France responded angrily to the deal, which replaced its $66bn submarine sale contract to Australia, and was broadly supported by the EU. These events renewed calls within the EU to establish its own permanent military force.

Stoltenberg, who was presented CEPA’s Transatlantic Leadership Award, said differences among transatlantic allies do not change the fact that Europe and North America need each other and need to stand together.

“We live in a more dangerous and competitive world,” Stoltenberg reminded his audience. “Russia is more aggressive abroad and more competitive at home; China is using its might to coerce other countries and control its own people.”

U.S. Senator Joni Ernst (Republic-Iowa) described the transatlantic alliance as the “best bulwark” against attacks on the world order and challenges posed by malign actors. “Communist China presents both new and enduring strategic challenges, and Russia has shown a reversion to habits and activities of the old Soviet Union,” she said.

Expounding on the threats posed by China and Russia, the senator said China has, among other things, diplomatically and militarily threatened its neighbors and “executed a comprehensive plan to replace a stable and peaceful world order with a more predatory and constrained order.” Russia, she added, has increased its operations in the Arctic, is threatening the Baltic states and its other neighbors, and seeks to divide NATO. “These threats are real,” Ernst said.

She added: “If we fail to demonstrate strength for others in the cross-hairs of great powers then we face the very real possibility of a diminished prospect of peace, security, and prosperity,” the senator warned.

In his keynote address on the second day of the three-day 2021 CEPA Forum, NATO’s Supreme Allied Commander Europe (SACEUR) and Commander of U.S. European Command General Tod D. Wolters mapped out the threats facing the alliance — from disinformation to disruptive technologies to energy competition and climate change to the pandemic and political uncertainty. “All [these challenges] are stressing the established rules-based international order,” he said, and the challengers are backed by increasingly capable military forces.

In the face of these challenges, Wolters, like Stoltenberg, emphasized the importance of transatlantic unity. “The transatlantic bond between our two continents remains the cornerstone of global security in the 21st century,” Wolters said.

NATO member states are taking concrete steps toward strengthening the alliance, including enhancing national resilience, increasing investments in defense, and investing in the latest technologies, Stoltenberg said. NATO is also working on a joint declaration with the EU to renew a political commitment to strengthening strategic cooperation. This declaration will be ready by the end of the year.

“NATO counters disinformation through transparency, improves command and control by alignment, exercises in a more dynamic manner across all domains, and through a 360-degree approach to mission command prepares for the challenges to come,” Wolters explained.

In 2020, all 30 NATO defense ministers approved the alliance’s concept for the Deterrence and Defense of the Euro-Atlantic Area, or DDA. “DDA unites national, regional, and theater-wide military efforts to a common purpose,” Wolters said, adding: “This structure helps preserve peace, prevent a transition to crisis or conflict, conduct alliance operations against terror groups, and address diverse forms of instability inside and outside the area of responsibility.”

Wolters emphasized the importance of “resilient, adaptable, and combat-credible forces” to alliance security. The alliance “remains anchored in its founding principle that a world with NATO is safer and more prosperous for all,” he added.

Polish Defense Minister Mariusz Błaszczak said NATO’s revised Strategic Concept must reflect the new realities of today. Article 5 security guarantees, he said, are particularly important in view of the changes in the security environment that have occurred over the last few years. He specifically highlighted Russia’s confrontational military posture, provocative Zapad exercises, and troop buildups along its border with Ukraine.

Błaszczak said the North Atlantic alliance must remain potent, agile, and politically coherent. He recommended that the new Strategic Concept — currently under development, and according to Stoltenberg, scheduled to be adopted at NATO’s Madrid summit in 2022 — “pave the way for a broad spectrum of responses to the threats and challenges we face.” He listed six areas that he said should be clearly reflected in the new Strategic Concept:

Błaszczak said while there is an agreement among the allies on the need to revise the Strategic Concept, a new concept must balance the expectations of all allies to ensure NATO remains strong and effective.