Pollsters struggle to understand Russia at a time when free expression comes at a very high price. 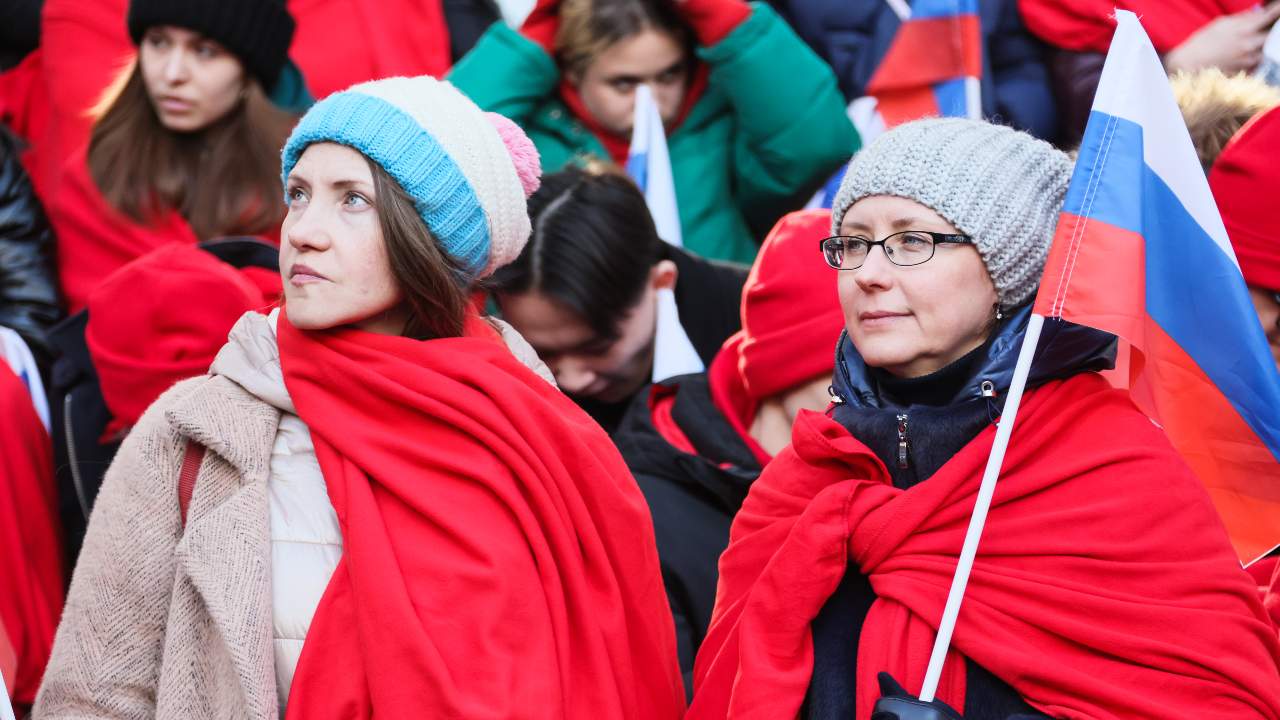 All Bluff? Russia’s Nuclear Threats Putin Gambles His Future on Mobilization Russia’s Militarization of the Black Sea: Implications for the United States and NATO Getting Ahead of the Curve: Chinese Influence in Central and Eastern Europe After Putin Russian Power Wanes in the Borderlands Putin’s Options Dwindle Despite ‘Coffin Money’
Explore

Does Russia actually want to be at war with Ukraine? A much-debated topic, which one initiative is perhaps finally shedding light on, though not with very cheering results. Using a combination of telephone polling and broad spectrum analysis of Russian social media posts, the research project, “Do Russians Want War” is attempting to find out how much fear is influencing public responses to opinion polls.

The initiative is headed by activist Alexey Minyaylo, who previously worked for opposition politician Lyubov Sobol. The project was conducted on a small scale in villages and cities across Russia. Through their analysis of social media, some 52% of posts appear to be supportive of the war, with about 30% against it.

Active questioning yielded some interesting results too. “When asking Russians whether they supported military action (yes/no), we gave some respondents the opportunity to refuse to answer. After that, the share of those declaring support decreased by 7%,” the researchers said.

“Considering there was no threat in saying ‘I support’, it can be assumed that at least 7% of Russians gave an ‘I approve’ answer out of fear,” the researchers noted.

During phone interviews, respondents provided convoluted and evasive answers. “Well, you understand that if I say no, it will be . . . provocative . . . Therefore, I will, of course, tell you that this is a special military operation. Because any other opinion risks criminal punishment,” one responded said.

“It’s now forbidden by law to answer what you think on this topic. Therefore, I will refrain,” said another. Both were men in their 50s.

This is apparently one of the first coherent attempts at surveying not just opinions, but also the fear among respondents in giving true answers (although previous reports have noted the present unreliability of Russian polling.)

Natalya Savelyeva, writing in CEPA on March 11, noted that, “Russian popular support for the Ukraine invasion ranges from 65% backing to 71%,” in surveys by state-controlled pollsters, with lower numbers for polls carried out by non-government organizations. She noted that in autocracies citizens are often afraid to answer pollsters’ questions, and often provide the safest or most acceptable answer.

It’s not just opinion polling that is unreliable at present. Even mass meetings of support are manufactured. Towards the end of last week, when Russia’s President Vladimir Putin took to a podium at Moscow’s Luzhniki stadium, wearing a $10,000 Italian coat, he was greeted by screaming crowds, waving flags and chanting support for both the invasion and Russia’s annexation of Crimea – which the event was partially commemorating.

Attendees reported forced attendance. “Three days ago our management told us that absolutely everyone has to go to this event . . . those who didn’t want to go for any reason would have to resign. We didn’t really have a choice. We have children, parents, mortgages, and other financial obligations,” one female state employee told ITV news.

Elections are Potemkin events too. Employees have reported being bussed to polling stations during recent elections to ensure a façade of high voter turnout. Vote-rigging is endemic and the results always reflect the needs of Putin and his aides.

At the beginning of this month, censorship was fully imposed, meaning anyone — an individual or media outlet — could be jailed for up to 15 years for referring to a “war” or Russia’s invasion of Ukraine; rather, it must now be described as a “special military operation” (which Russians now often pointedly use in inverted commas).

Since then, tens of thousands of Russians have left the country for Turkey, Finland, Central Asia, Armenia, and Georgia, among other places, fearing martial law, conscription, or imprisonment for their political views. Media outlets could be fined up to 5 million rubles (about $47,000) for breaches.

Furthermore, police have been stopping people on the streets at random, checking their phones and contacts for any signs of dissident thought, to see whether they are following channels that may be considered oppositional, or whether their messages with friends indicate anti-government thoughts. “There were reports of random checks of people’s phones at some metro stations. The police deny all this, despite the video evidence,” reported Radio Svoboda.

While a uniformed police officer apparently does have the right to request a civilian hand over their phone, they do have the right to refuse to unlock it – however, the officer in question can then devise a reason to detain the individual. “You can show your phone . . . but you need to understand there should not be anything compromising on it,” Moskovskaya Gazeta advised.

One Russian who lives in the Baltic states recently observed: “Everyone is cleaning up FB, my feed is full of links to missing texts, deleted posts . . . digital remnants, it’s like a bomb has fallen here. Silence came to Russian FB.”

In the current climate, it’s no wonder people might not truthfully respond when discussing opinions with strangers. And, top-down manipulation aside, many people simply believe what they are told by state TV and other propaganda outlets.

To the believers, and many Russian citizens are believers, their country is engaged in a noble process of denazification, their bombs raining down on the Ukrainian nation that is the target of a just war.