The Zeitenwende: Has Germany Changed?

Despite a significant change in tone and debate, questions remain about Germany’s willingness to face a new and challenging era. 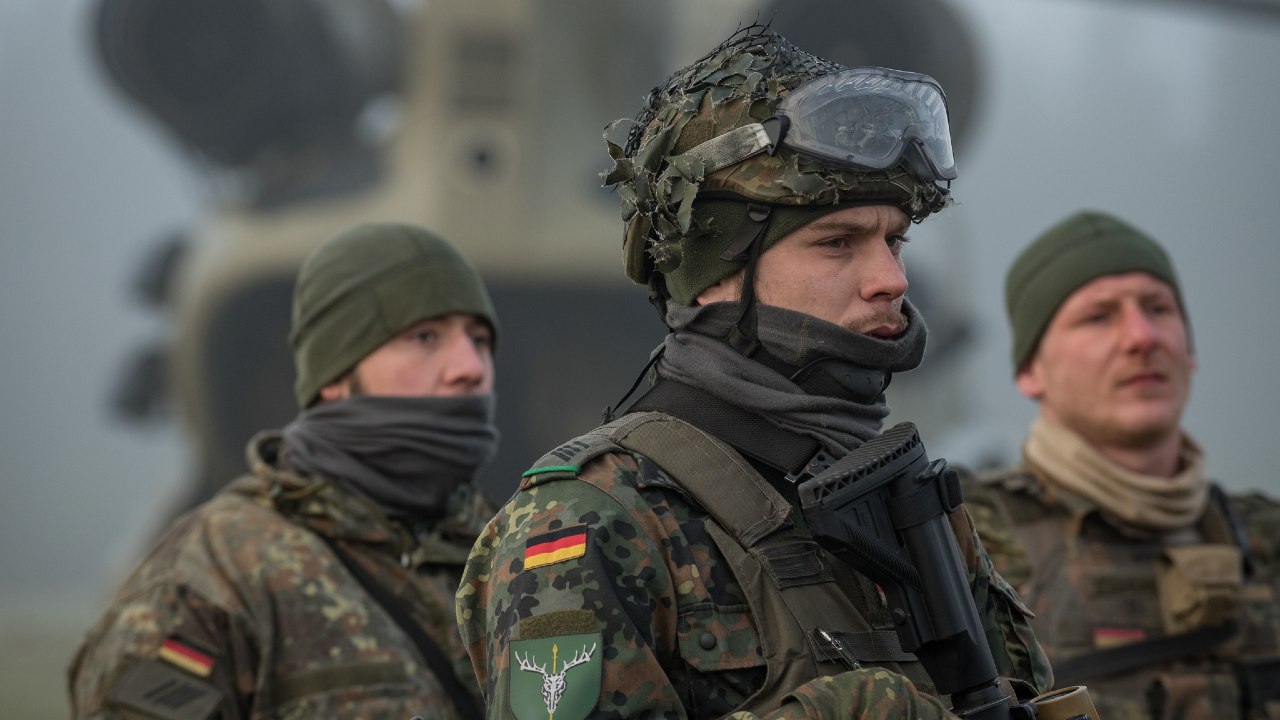 In a special session of the Bundestag on February 27, Chancellor Olaf Scholz seemed to fundamentally change German foreign policy, and perhaps Germany itself. Scholz accepted the gravity of the situation facing Europe after Russia’s invasion three days before.

Germany’s leader did not mince his words: “The issue at the heart of this is whether power is allowed to prevail over the law. Whether we permit Putin to turn back the clock to the 19th century and the age of the great powers . . . or whether we have it in us to keep warmongers . . . in check.” The country had reached a zeitenwende, or watershed moment, he said.

He then laid out a new policy, alien to anyone who has watched Germany’s pacific and often half-hearted membership of the Western alliance in recent decades. And this was not just one man speaking — on the same day this author was among around 500,000 people protesting for Ukraine in Berlin. Polls show similar unity. It really felt that something climactic had happened.

Four weeks after the speech, Europe has indeed changed in fundamental ways. In the middle of Europe, a united Ukraine is fighting heroically against the Russian aggressor. Leading military experts struggle to understand the strategic goal of the Russian offensive. Ukraine may not be about to win the war, but Russia is close to failure, its generals running out of time. However, Russian failure will not be pretty. The more frustrated it becomes as it fails to achieve its objectives (the 20 biggest Ukrainian cities remain in government hands), the greater will be its willingness to unleash the full force of its armaments to deliver terror to civilians, including children, and to civilian infrastructure.

And what about Germany? Four weeks after the proclaimed “turning point,” the Chancellor has again largely dropped out of public sight and Germany seems to be trying to return to the world that “used to be” before the Russian attack on Ukraine brought so much unpleasant talk about high fuel prices, the need to find new energy suppliers and concerns about prosperity. Unsurprisingly perhaps, there remains a strong urge to return to the certainties of the world as it was, before the war and Ukrainian President Zelenskyy’s challenging address to the Bundestag (“Chancellor Scholz, tear down this wall. Show yourself to be the leader Germany deserves.”)

Certainly, no one can criticize Germans for their humanitarian work. The country is collecting cash and sending that and other aid (including some military equipment) to Ukraine. Germans have accepted large numbers of Ukrainian refugees to their own homes (by mid-March, around 150,000 had been housed), and Germans discuss the war day and night in the media.

Germany is doing things that are right, but therein lies the problem. It’s not enough.

Morally, no one can disagree with the fact that humanitarian aid is being provided, that “Russian inhumanity is to be confronted with humanity,” as Foreign Minister Annalena Baerbock put it, that the refugees from Ukraine will all be accepted in Germany without exception.

Yet most Ukrainians remain in Ukraine. What is Germany doing for them?

The steps that might end the war have not yet been taken. An energy embargo, which would drastically increase the price of Putin’s military offensive, is being strongly resisted by the government, which fears it might cause a recession. Military aid, which the German Ministry of Defense does not fully publicize, is very far from US or UK levels of help, especially regarding air defense equipment.

Abstract German pacifism as a foreign policy constraint has been replaced by real worries that Germany could be seen as a war party in Putin’s eyes, as well as concerns about Germany’s fast-rising defense budget, and whether it will be spent properly. The end of German pacifism might perhaps be considered sealed with the extra €100bn ($110bn) which Scholz also announced in his speech. But discussions about whether arms deliveries (which some allege will prolong the war) testify to the opposite view.

Yes, the zeitenwende speech broke some taboos in German foreign policy, but so far these are only enough to soothe the German conscience. Economic opportunism has not yet been overcome either. Strategic thinking has yet to establish itself in the body politic.

It is true that previous German governments would have made their decisions under coalition pressure from the (hitherto) pro-Russia Social Democrats. It is true that the business lobby also had good reason to seek alternative energy sources to replace the now-agreed energy transition, and that all this prevented an adequate policy towards Russia. Nevertheless, a coherent excuse is not an answer to the security challenge that Russia has presented for 20 years. A coherent excuse will not help at all. Neither will a wave of “we stand by Ukraine” statements, or any other act of symbolism.

Mistakes and misjudgments in the Russia policy of the last 20 years from the ranks of politicians and business bosses are being admitted, if at all, in a strikingly impersonal manner. No one wants to take responsibility; suddenly everyone seems to be “on the right side” or is at pains to show that they have always been there.

The remarkable thing about Scholz’s watershed speech was that it was intended to bring about not only an increase in German military spending, but also a process of reflection and rethinking about Germany’s policy toward Russia. These are impossible without coming to terms with the past and also without those formerly politically responsible individuals taking personal responsibility.

Germany can still achieve a successful turnaround. There are really only two questions that Germany has to answer with the resources newly created by the Scholz speech:

The three answers are to:

It is true that in the last 20 years careers have been made in politics and in business through tight cooperation with Russia. But the grave security threat facing Germany now requires a responsible acknowledgment of the old mistakes and a painful process of re-thinking, in which all Germans have to participate.

The question of whether Germany is ready to leave the path of dependence on Russia, a path which has brought us to where we are today, and which visibly and catastrophically failed, is still waiting for a definite answer.