The Zeitenwende – a Health Check 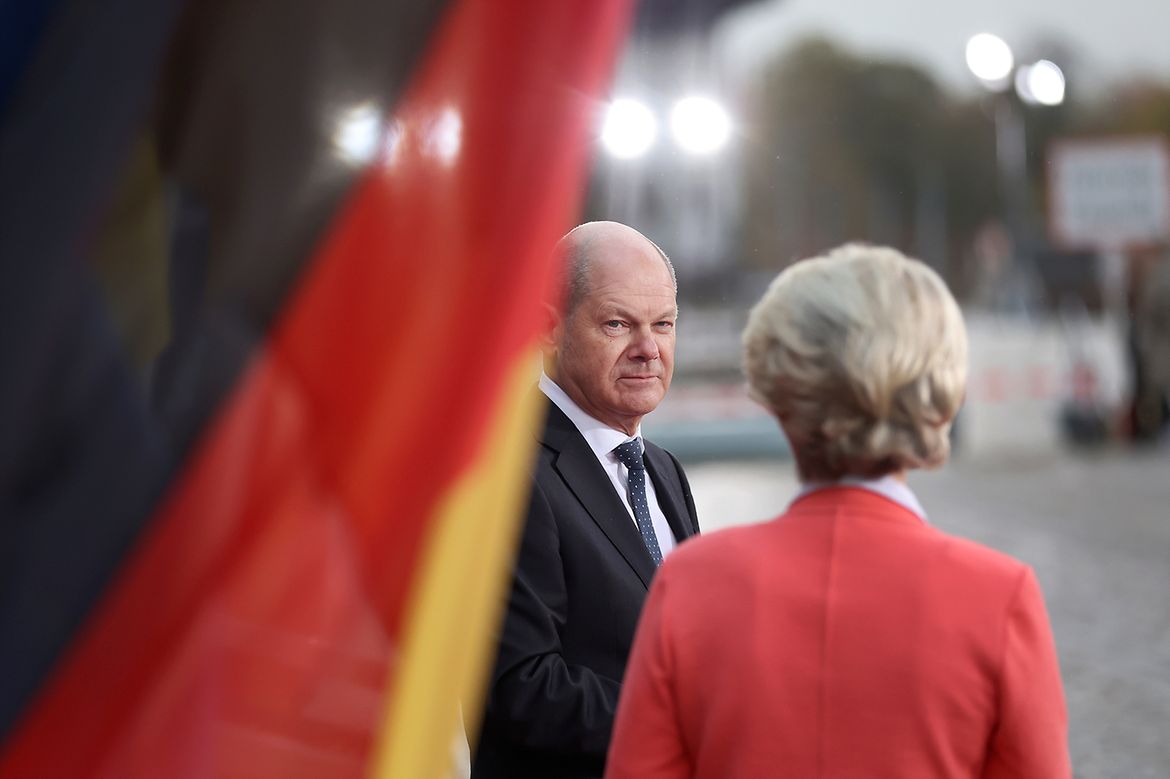 Photo: The EU Commission and Germany as G7 Presidency invite you to an expert conference on the reconstruction of Ukraine in Berlin. Credit: Federal Government/Hartmann https://www.bundeskanzler.de/bk-de/mediathek/ukraine-konferenz-wiederaufbau-2137608

The words of Olaf Scholz in his follow-up to the Zeitenwende speech are a bit puzzling. Why, if the world knows what he meant is further explanation required? And yet explanation there is, 5,000 words of it in his article for Foreign Affairs. There are clues aplenty about what the aim might really be. They’re in the title: The Global Zeitenwende: How to avoid a new Cold War in a multipolar era.

Skeptics of Germany’s foreign policy transformation will take note. The Zeitenwende has evolved before our eyes. It is no longer simply a turning point requiring new strategic thinking and new defense funding for a safer future, it has become a plan that looks backward to inform the future, and has expanded to cover the globe.

Scholz proclaims that “Germans are intent on becoming the guarantor of European security”, that the country is “a bridge builder within the European Union”, and an “advocate for multilateral solutions to global problems”. “How” and “when” are not made clear.

Although the Chancellor re-emphasizes the importance of NATO for Germany and pledges again to raise defense spending, he seeks to globalize his trademark “watershed moment.” And here is the risk; such adjectives raise the likelihood of confusion and a blurring of the whole concept. It might mean, for example, that overcoming the bureaucratic hurdles blocking the necessary weapons production and defense procurement takes second place to other, global themes; and that the heavy lifting on defense and security is once again expected to be the work of “partners” (read the US), while Germany focuses on other things, like energy deals to replace Russian supplies, and old-style prioritization of trade over security (as, critics suggest, was the case with the Chancellor’s November trip to China.)

Pitting “democracies against authoritarian states . . . would only contribute to a new global dichotomy,” Scholz said, or in other words a new Cold War.

What to make of the term global? Germany cites the lessons of the Nazi era to explain its aversion to the use of force. Yet it remains the European Union’s (EU) biggest country by population and economic heft. No one questions that Germany can make a significant difference to security on its own continent, where it is needed most urgently. There is very little allied pressure to extend beyond this. Using the term global might therefore be a reasoned attempt to expand and explain Germany’s new foreign policy to the world, and to give it an intellectual backbone. It might also justify trade-focused visits to authoritarian regimes, like China, with huge markets, a hostility to the rules-based order, and an alliance with Russia.

Olaf Scholz’s original Bundestag speech came a few days after Russia’s attack on Ukraine, and has been the highlight of his chancellorship, now exactly one year old. Scholz proclaimed a change of epochs and clearly stated the course he had set for German defense spending was motivated by the Russian threat; “warmongers” must be kept in check, he said.

His words were matched with cash — a historic €100bn ($105bn) defense investment fund, a pledge that the country’s laggardly security spending would finally reach NATO’s 2% of GDP target, and the dispatch of military assistance to help Ukraine’s democrats against the invader.

But from the outset, the policy seemed hedged with uncertainties. So, while Germany did send military aid to Ukraine, it initially refused much detail, and later rejected endless requests for modern main battle tanks from the Ukrainians on the grounds that NATO opposed such a move (something the US has made clear is no longer true if it ever was.) The defense spending pledge has been diluted, with the 2% commitment now delayed to 2025. The eye-catching order of 35 F-35 combat aircraft is also beset by delays, and Germany’s under-funded armed forces remain short of basics like ammunition.

It has been hard for Scholz. Barely in office when the all-out invasion began, his traffic light coalition has been far from united; the Greens and Free Democrats have been more hawkish, while many of his own Social Democrats retain an attachment to the Ostpolitik of the Cold War era and a related belief that this is what helped bring down the Soviet Union and unified Germany.

The Zeitenwende speech may have been a pleasant surprise to Central and Eastern Europe, and to the US and other allies, but the idea that it really marked a sea change in German foreign policy thinking and the dawn of a more assertive era, reads too much into it.

A closer reading of the Chancellor’s words suggests that the optimism may anyway have been overdone. Scholz has never hidden the fact that his central aim in the course of the war was to “do everything possible to prevent a direct war between Russia and NATO.” While his French counterpart Emmanuel Macron worries about “humiliating” Russia, Scholz says he is willing to talk to post-war Russia about reconstructing the “peace order.” The difference between them is one of emphasis, not principle.

More significant than the defense pledges was the central theme of the Zeitenwende — a fresh and more skeptical approach to Russia; something far from a rapprochement.

How does this look now? Perhaps the best way to address the issue is through this question: If Vladimir Putin proposed peace talks with Scholz tomorrow, how would Germany respond?

Would it summon a meeting of its NATO allies and seek a joint response to underline the “No talks about Ukraine without Ukraine” mantra? Or would Scholz, perhaps in the company of Macron, resume their shuttle diplomacy in an effort to silence the guns, ultimately leaving Putin in power and Ukraine truncated? And if it is the latter, does the Zeitenwende really amount to anything very much?

Germany’s watershed moment does not have to be a simple reiteration of US foreign policy. Nor does it have to become the spokesperson for the Central and East European allies that seek its support and sympathy. But it should mean something clear and understandable to other nations.

It might, for example, seek to exploit the huge reserves of anti-Putin Russians now taking refuge within its borders. It could help shape and amplify a movement, which might one day help a post-regime Russia to overcome the huge problems any new government will face; it can help protect and foster Russian political thinkers, journalists, artists, and others to develop ideas and networks, while assisting the beleaguered opposition within Russia that is now subject to terrible oppression inside their country.

None of these dissident Russians has any illusions about Putin’s regime, and nor should the German government. Scholz acknowledges that his country became dangerously over-reliant on Russian energy, which he now calls a mistake. (The idea that Russia was an important trade partner for Germany is incorrect: even with oil and gas imports, Germany’s 2020 trade with Russia was modest and much smaller than its trade with Poland.)

If Germany and France seek a truly strategic policy, and to be the security guarantors for Europe, they need to correct the mistakes of the past and describe Russia for what it is. Why was the Zeitenwende necessary?

This is a historic challenge for Germany and for the Europe it hopes to build. It will not come about through well-constructed essays stating the obvious. No one wants a return to the Cold War, or to a new bipolar competition between the US and China. But this is less about the choices made by the West and more about those made by authoritarian states willing to re-draw borders by force.

Blurring the Zeitenwende with additional adjectives and riders may succeed in political terms, but that is surely not the aim of Europe’s most senior leaders.

They repeatedly state that they are concerned by the biggest war in Europe for almost 80 years, launched by an autocrat who despises democratic systems. Tens of thousands have died, and Ukrainians are living at times in pre-modern conditions, deprived by Russia of heat and power. It is a time to recognize the change of eras; it is also a time to make choices.