The West Can Do More to Help Ukraine

We are now almost a week into Russia’s unprovoked invasion of Ukraine. Some important facts and lessons have become apparent. 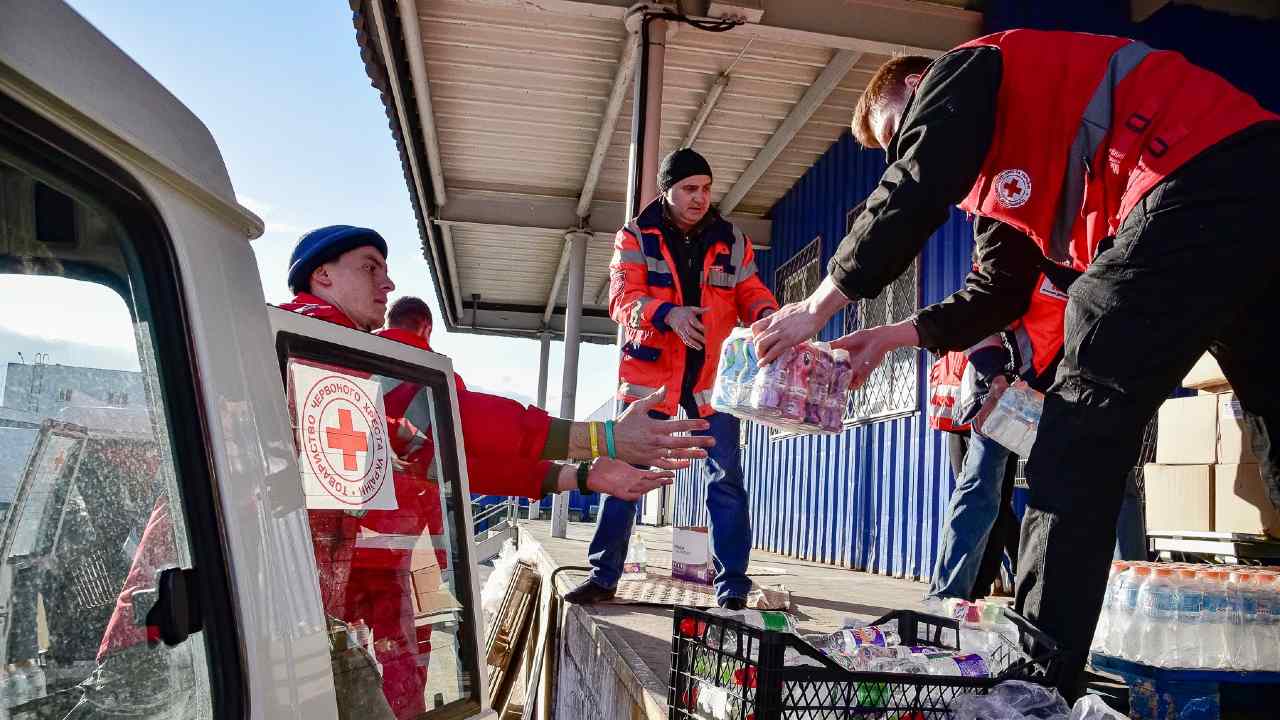 President Volodymyr Zelenskyy is a modern day Winston Churchill leading his country militarily and politically in its existential struggle.

Germany should be commended for increasing its defense spending to over 2% of GDP, the 2014 Wales pledge that all NATO countries subscribed to, but only a few complied with. All NATO countries should now see the necessity and follow Germany’s lead. It seemed from his March 1 speech to the Senate that Italian Prime Minister Mario Draghi intends to follow suit.

We have also learned that, like in 1939, appeasement and leading from behind does not work and merely whets the aggressor’s appetite. What we are seeing today is the result of many years of appeasing the megalomaniac Vladimir Putin in Crimea, Donbas, Georgia, Belarus, Syria, Moldova, and Transnistria.

Only resolve and courage are successful in the face of unwarranted aggression. The US and its Western allies should be commended for imposing sanctions against Russia and its removal from the SWIFT bank payments system. Unfortunately, there are carve outs and exceptions to both. These exceptions should be removed and the sanctions should be unequivocal and immediate. It was also encouraging to see the US, Canada, European Union, the UK, and others (now approaching a total of 40 nations) closing their airspace to all Russian flights.

More military and humanitarian aid must be delivered to Ukraine immediately. The US did not blink in the face of Russian threats after the Second World War and kept Berlin open as a symbol of freedom and democracy. The US and its allies should not blink now and should keep Ukraine and its capital open.

Contrary to what many have said, the fact that Ukraine is not a NATO member does not proscribe NATO military assistance and intervention, it is just not required under NATO’s Article 5 agreement. The current Russian aggression in Ukraine is a grave threat to EU and US national security that should not be underestimated.

Putin threatens the world with weapons of mass destruction if he is not appeased.  He has menaced Sweden, Finland, the Baltic states, Moldova, and others. A cogent proactive plan to address this global threat is necessary. The sanctions against Russia must continue even after Russia removes its troops from Ukraine. Sanctions relief should only be considered after the good and decent people of Russia rise up and remove the crazed criminal dictator.  We have already seen protests against Putin in St. Petersburg and other Russian cities. The sanctions are beginning to work, but more are needed immediately to maintain this momentum. Putin also needs to be tried for crimes against humanity.

Most importantly we need unity between the US and its EU allies and establish a forward-looking strategic plan against Putin’s aggression. Put the criminal dictator on the defensive, not the freedom loving people of Ukraine and the EU.

May God bless President Zelensky and the people of Ukraine and keep them safe and free.

Adrian Zuckerman is a Romanian-born American lawyer and is currently Of Counsel to DLA Piper. He was the United States Ambassador to Romania from 2019 to 2021, when Romania signed a 10-year defense cooperation agreement with the U.S. In January 2021, President Iohannis awarded him with Romania’s highest civilian award, the Star of Romania, Order of the Grand Cross.