The War of Putin’s Defeat

The course of current events seems clear, but the consequences of Russia’s military failures have not yet fully unfolded. 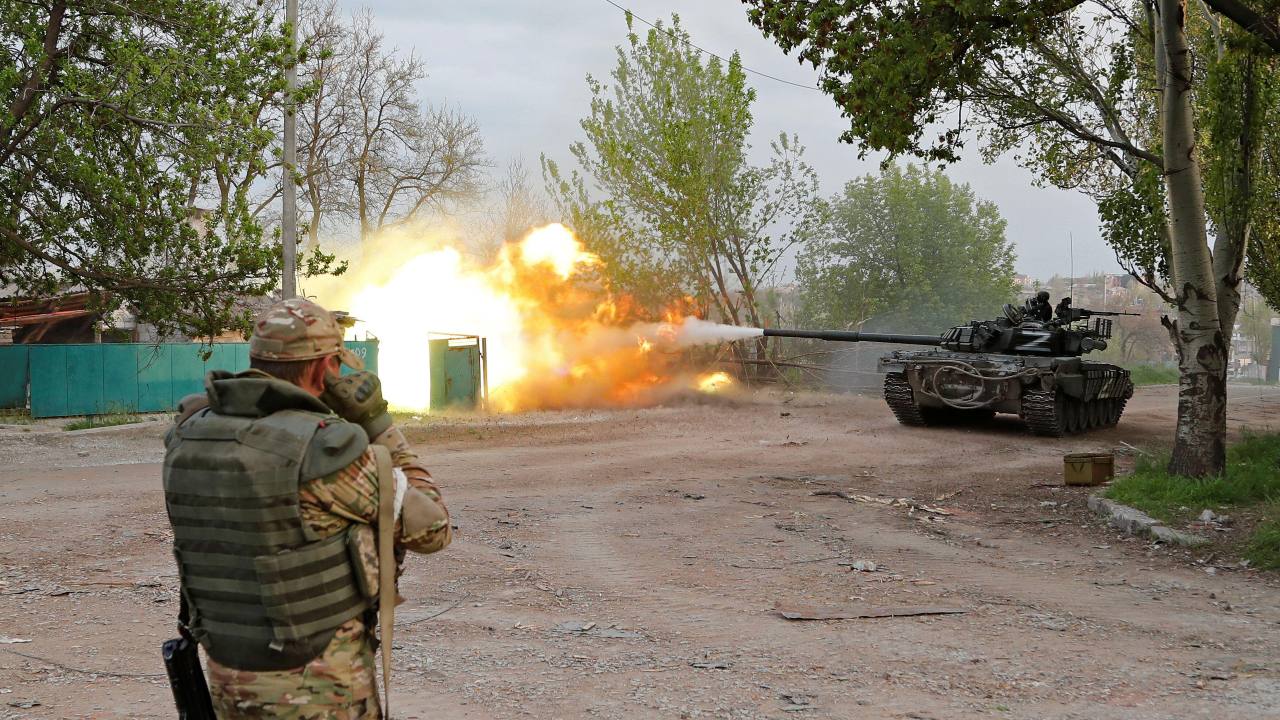 Photo: Service members of pro-Russian troops fire from a tank during fighting in Ukraine-Russia conflict near the Azovstal steel plant in the southern port city of Mariupol, Ukraine May 5, 2022. Picture taken May 5, 2022. Credit: REUTERS/Alexander Ermochenko

In 50 years’ time, historians will study the Russian invasion of Ukraine during the first part of the 21st century. Alongside marveling at the amounts of hydrocarbon fuel that the competing armies used, the war will be cited as a classical case of humanity’s propensity for hubris, alongside its ability to make bad decisions when they are surrounded by people who agree with them. Both of these human frailties were ably demonstrated by President Vladimir Putin during the course of the war.

As they analyze the social media reporting of the war, the historians will conclude that the short-lived war had three turning points.

The first came in April 2022, when the Russians accepted that they would be unable to decapitate the Ukrainian government and install a client regime. This was because the Ukrainian army had fought them to a standstill on the approach to Kyiv, forcing the Russians to retreat to the Belarusian border. That retreat can only be described as a rout, as equipment was abandoned and Russian soldiers slaughtered.

The second turning point came in September. Over the two previous months, the Ukrainians had slowly advanced in the south of the country towards Kherson, the only city that Russia occupied on the west bank of the Dnipro river (which divides the country in two). The city was important strategically, and for the Ukrainians, it was the gateway to Crimea, which was the real prize in the war.

Ukrainian pressure on Kherson caused the Russian Armed Forces to reinforce, stripping out troops from other fronts in Ukraine. (The historians will note that in an age when wars were fought with actual humans, Russia started the war with about a quarter of the troops it needed to achieve its objectives.) This left a dangerously thinned out front line east of Kharkiv, Ukraine’s second biggest city, which presented too great an opportunity; the Ukrainians punched through with a mechanized thrust. Moving fast, they captured the main Russian logistics hubs for their war effort in the northeast and east of the country.

The Russian front collapsed, with thousands of soldiers fleeing and leaving their equipment. The Ukrainians, once again, pushed the Russians back to the international border in that sector of the country. This was also a rout.

The third turning point followed the defeats on the Kharkiv and Kherson fronts. Ukraine deployed its strategic reserve, which thrust towards the Black Sea coast — either Mariupol or Melitopol —successfully cleaving Russian forces into two, and opening the route to Crimea. The Russians turned and fled once again, over the Kerch bridge connecting Crimea and Russia. The war was over. The Russian army was defeated in the field.

As our historians come to their conclusions about the war, they will turn to debate the relative contributions of the defeat to the subsequent downfall of Putin, and of the current Russian government, much as they did with the defeat in Afghanistan over 30 years previously. And they will conclude that the man who made his project — his place in history no less — the rejuvenation of the Russian nation, could not survive the defeat of its army in the field, tens of thousands of dead soldiers, and the unity of their previously divided enemies. Hubris, they will say, always gets the dictators in the end.

Dr. Mike Martin is an author and speaker on conflict at King’s College London.