The Quickest Route to Peace in Ukraine

As Russia’s invasion of Ukraine enters its fifth month, Western resolve about the war shows signs of faltering. 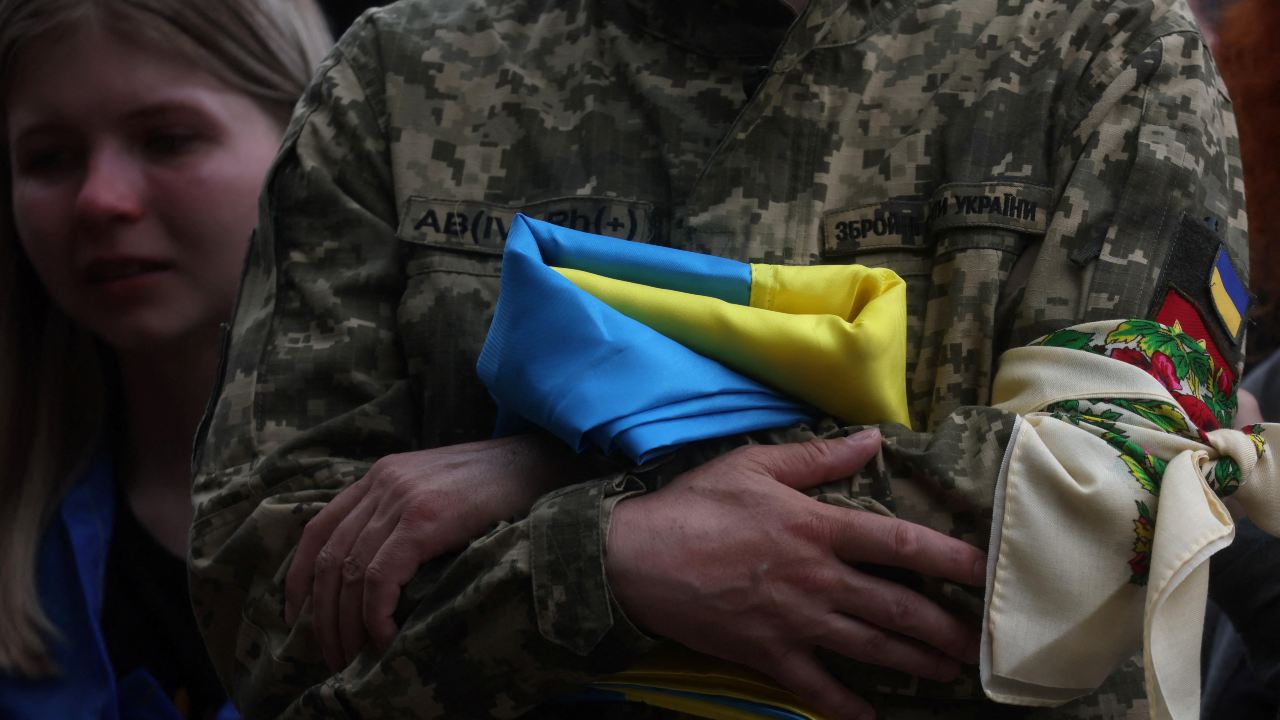 Some elements of Western frailty are engineered by the Russian government. Apart from the Donbas where a terrible war of attrition has started, and Southern Ukraine, which faces industrial-scale looting and kidnapping under Russian occupation, the third theater of war is now unquestionably in the information space of Western democracies.

Russia is triggering a global food crisis by blockading Ukraine’s ports, looting Ukrainian grain, and shelling Ukrainian farmland and agricultural infrastructure. At the same time, it is pushing the narrative that the food crisis and rapidly growing inflation in Europe and the US were caused by Western sanctions. It is sowing fear of escalation by threatening Lithuania over a “blockade” of the Kaliningrad exclave, which the Kremlin invented, and trying to undermine trust between Ukraine and its Western supporters by spreading unsubstantiated rumors that Poland wants to seize Western Ukraine. It has reduced gas deliveries through the Nord Stream and Turk Stream pipelines, and turned off gas deliveries to several EU member states.

As ever, the Kremlin’s information warfare would not work without the impatience, short attention span, and anxiety in Western democracies, which the Kremlin knows very well. It has learned to exploit this with some skill.

Combined, these have invited voices urging decision-makers to change tack or focus. US government officials anonymously speak about their concern about the larger-than-expected “collateral damage” of sanctions, while some far-right and far-left commentators falsely imply that military and humanitarian aid provided to Ukraine ($54bn in the case of the US, about 1% of the federal budget) is somehow comparable to the cost of domestic stimulus. In Europe, the discourse is misleadingly framed as a debate between proponents of “peace” and their opponents who want the fight to continue, both by illiberal politicians and liberal analysts (though of course with different accents).

The debate often betrays a lack of understanding of Russia. For instance, the gas crisis was entirely predictable. Since Russia no longer has a stake in the European gas market, it only faces short-term costs and gains, and can maximize political and very likely financial gains by reducing gas deliveries. Yet, there is little apparent contingency planning, even in communication. Russia’s fatuous talk about a Kaliningrad “blockade” (passengers and non-sanctioned goods are unaffected) is largely driven by internal factors — the region faces a gubernatorial vote in September and an economic breakdown before that. Yet, the EU has not issued a strong response to Russia’s provocative statement.

The inability to stay ahead of the Kremlin in thinking and in communication is especially concerning, because it has generated a number of anxious and poorly argued takes. A lot of these come from professional columnists and professional opinion leaders who are thankfully not in a position to make decisions, but who nonetheless still shape the discussion. Some have suggested that the West should push Ukraine to give up territory in order to prevent a global food crisis. Others have argued that sanctions should be withdrawn as they have failed to persuade Russia to end the war. A third stated that negotiations should start before a specified deadline. These arguments typically lack answers to critical questions about costs and benefits, or details of the processes they advocate.

Take the argument about returning to the negotiating table as soon as possible, or before a specific date. When authors place the emphasis on urgency but do not spell out what needs to happen before talks begin, they implicitly suggest that the conditions are already ripe, when in fact they are not. (Indeed, as of June, there is nothing suggesting that the Russian government is ready to negotiate about anything but the de facto recognition of Russian territorial gains in Crimea, Donbas, and Kherson, and the lifting of sanctions without any Russian concessions.)

This in turn can easily lead to the argument that if negotiations don’t start, the intransigent West and Ukraine are to blame for the result, so weakening Ukraine’s position. Russian officials are already using this argument. Instead, the discussion should focus on the conditions and the process. Figuring out how to make Russia pay reparations, or affirming that Ukraine has the right to regain control over its 2014 borders will strengthen the position of Ukraine and the West much more than empty talk about off-ramps or time frames.

Or take the argument for territorial concessions, temporary or permanent. Even if the European Union (EU) and the US could force Ukraine to agree in exchange for an end to active warfare — and they are not, as a settlement would almost certainly be rejected in a referendum and thus weaken Zelenskyy’s government — this would not be in the interest of the West. As the experience of the first eight years of the war showed (when Russia was de facto allowed to occupy Crimea and parts of the Donbas), territorial concessions simply allow Russia to regroup and eventually escalate the war. This time, of course, the stakes and the potential disruption would be much higher, as a second failure to act would further erode international norms and embolden other authoritarian states.

The problem is that these costs are long-term and difficult to quantify, while the costs of the food and energy crises and Ukraine’s financial needs are quantifiable and short-term. That equation frays the nerves of politicians thinking in electoral cycles. Decision-makers should however imagine the costs of permanent instability in Central and Eastern Europe, global trade disruption as similar wars of conquest erupt elsewhere, and, very likely, the collapse of any meaningful chance to maintain the degree of international cooperation needed to tackle the challenge of climate change.

That is to say: by any calculation, the shortest and cheapest way of coming to a sustainable settlement in Ukraine should be providing the means — military, financial and diplomatic — for Ukraine to define the terms of its victory over Russia and to reach those goals, even if that simply means a return to its 2014 borders. Important and welcome symbolic gestures, such as last week’s visit of the French and Romanian president, the German chancellor, and the Italian prime minister to Kyiv and the tentative steps to help Ukrainian exports, will have to be followed up by indications of resolve. This means granting Ukraine and Moldova the status of EU candidates this week, and confirming that Lithuania is simply implementing sanctions decided by the EU. Weapons shipments and sanctions need to be ramped up as soon as possible.

Just as importantly, Western capitals cannot afford to be distracted. They need to accept that there is a steep price to pay upfront for a swift return to relative normalcy and they need to focus on communicating this to voters increasingly being fed the lie that it is their governments waging the war, not Russia.

Call this a payment for past mistakes, an investment in a safer future, or both. Call this an easy fix — because, in fact, it will not get any easier.