Vladimir Putin knew that the West would not act decisively to halt his land grab in Ukraine. Future deterrence needs to be adjusted accordingly. 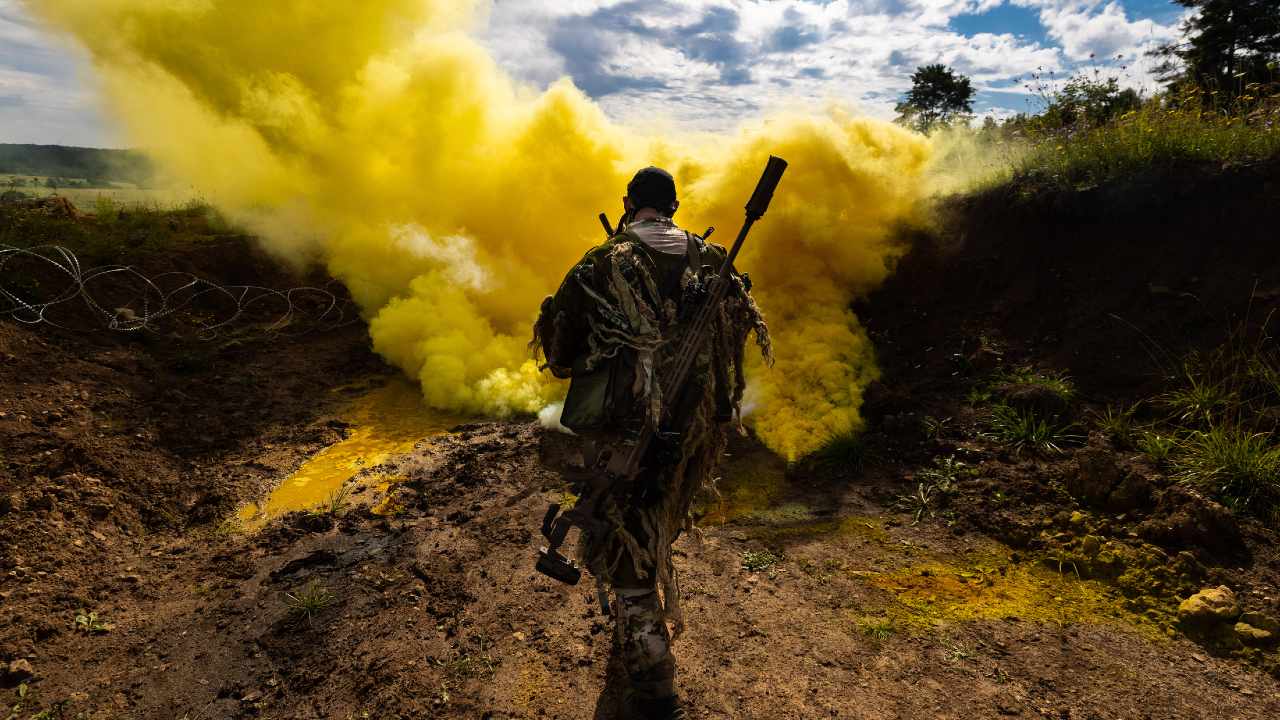 Photo: A Greek sniper with the Special Paratroopers Unit adjusts his scope during the 2021 European Best Sniper Competition. The US-organised competition gathered sniper teams from 14 NATO Allies and partners at Hohenfels Training Area in Germany in August 2021. Credit: NATO

Russia’s decision to recognize the independence of Donetsk and Luhansk People’s Republics should come as no surprise. A Russian-backed insurgency has been underway in these regions since 2014 and a week ago, on February 15, the Duma asked Putin to recognize the breakaway regions.

Now, Russian troops will occupy the territories as “peacekeepers,” putting enormous pressure on the Ukrainian forces attempting to hold the existing front line, while paving the way for a referendum on whether these territories should join the Russian Federation. Ukraine’s sovereignty and territorial integrity—never de facto recognized by Putin’s Russia—continues to be eroded. While we can speculate about the future, what has already occurred represents a clarion message—attempts to contain Russia through the threat of economic sanctions and normative arguments about the rule of law and state sovereignty are worthless.

Tanks, artillery, and armored personnel carriers are not intimidated by adjectives, disapprobation or appeals to international law. The economic tools at the disposal of the European Union and the United States are insufficient to constrain Russia, at least in this case.

As Russian troops establish facts on the ground, Western leaders trouble deaf heaven with their bootless cries. Per the US Secretary of State, there will be “a swift and firm response” including financial sanctions against the breakaway territories. The UN’s head denounced Russia’s actions as “inconsistent with the principles of the Charter of the United Nations.” The French President demanded “targeted European sanctions.” The German Foreign Minister called out Russia for “breaking all its promises to the world community.” What’s next? Murmurs that President Putin will be asked to spend some of this week on the naughty step at school? Perhaps the EU will ask the UN Security Council to consider grounding him this weekend. Putin must be terrified.

Never during this crisis was there a question of actually defending Ukrainian sovereignty. No Western leader wanted war or was willing to risk it. Secure in this knowledge, Putin knew he could act as he wished. This failure brutally exposes the weakness of the Western position over Ukraine. We can debate whether the US and EU should have been willing to take the significant and perilous additional step of promising troops on the ground, but we must be mature enough to see the limits of the restraining power of words and half-hearted economic threats. Economically, the West’s threats are simply not significant enough to halt Putin’s ambition. There was never a question that Germany—dependent as it is on Russian oil (34% of German imports), gas (40% of German imports), and coal (45% of German imports)—would send troops to protect Ukraine’s sovereignty. The US had no intention of doing so either.

The West made promises to Ukraine that its policymakers could not keep, spoke fine words, and made largely empty threats against Russia. When the strongest aspect of your foreign policy is the adjectives it employs, you should know your position is weak. For Europe, the crisis is even more acute than for the United States. An aggressive, revisionist power, which will not be cowed with words is on their border. Russian “peacekeepers” continue to expand their reach: from Moldova to Georgia, from Armenia to Eastern Ukraine. Europe’s weapons: normative censure, economic sanctions, and appeals to the rule of law are hollow. If European and American policymakers learn one thing from this crisis, it should be that whatever line in the sand they choose to draw next, it will need to be defended with soldiers and steel, not with adjectives and ideals.

Andrew R. Novo is a Nonresident Senior Fellow with CEPA’s Transatlantic Defense and Security program. He is a Professor of Strategic Studies at the National Defense University, Washington, DC and an adjunct at Georgetown University’s School of Foreign Service.