The West’s grasp of Russian foreign policy rests on a profound misunderstanding of Vladimir Putin’s regime. What happens abroad serves only the domestic audience. 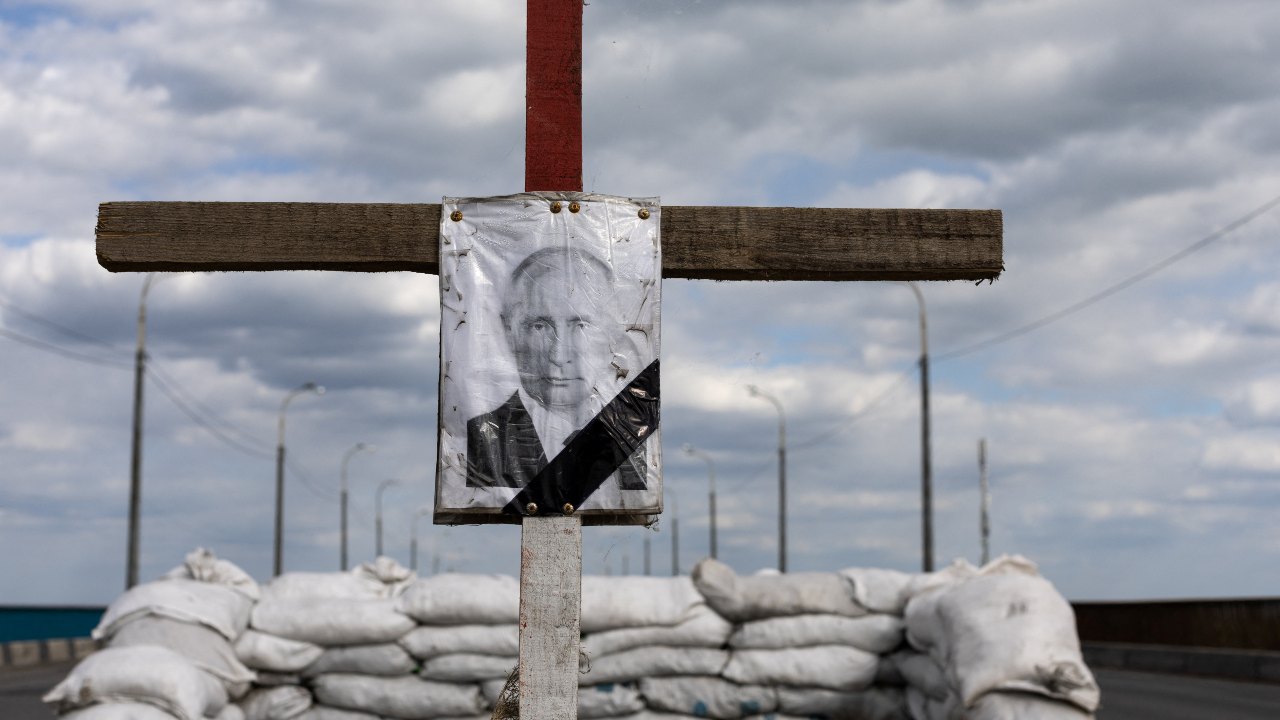 Russia’s war of aggression against Ukraine has turned conventions upside down. The most highly classified intelligence material has been shared in public, the details of arms shipments have been broadcast, and the victims of aggression are refusing to be grateful for crumbs of diplomatic support.

Last week, Ukrainian President Volodymyr Zelenskyy revealed that his French counterpart, President Emmanuel Macron, had asked him to make concessions on Ukraine’s sovereignty to allow the Russian dictator Vladimir Putin to save face. Ukraine’s leader called such attempts misguided and stressed that the world should not seek a way out to save Russia —peace could only come when the invader acknowledged defeat. (The Elysée denied that it made offers without Ukraine’s knowledge.)

Zelenskyy’s point of view is supported by the analysis of how the Kremlin makes foreign policy decisions. According to the logic of Western leaders, a country’s behavior in the international arena is determined by its national interests and the actions of other states. This logic collapses when applied to Russia, a country whose aggressive foreign policy is a rationalization of purely internal processes, and which is indifferent to the actions of other international players. Russia acts in ways that other countries don’t and the only way to counter this is through pressure, sometimes involving the use of force.

The war is the expression of one man’s imperial ambitions, personal complexes, and desires. Putin’s numerous essays about Russians and Ukrainians being “one people” and his remarks that Ukraine “illegally” received Russian territories, perfectly illustrate the real reason for these acts of aggression – Putin’s inability to come to terms with the independence of Ukraine, his personal ambitions and complete denial of the independence of any post-Soviet state or people.

This, however, was not the explanation offered to the Russian public. Thus, pro-regime political scientists were forced to construct a completely artificial picture of the world to justify an invasion. To do this, they reversed aggressor and victim, attributing to Ukraine the responsibility for the conflict, an untruth explained by the support of its allies in Europe and the United States, which had “unleashed a war” and “dragged” Russia in to destroy and weaken it.

Interestingly, ideologists and propagandists admit that confrontation with the West is the ideal justification for the war unleashed by the Kremlin in the eyes of ordinary Russians. In particular, the far-right extremist and Putin influencer, Alexander Dugin, openly admits that “the war with the West explains and justifies everything for the people.”

“If the people understand everything in this way, this is a huge – almost inexhaustible – resource for the continuation of the SMO [special military operation], this is its legitimation,” he wrote.

By making such statements, the regime’s defenders acknowledge that the main motive for aggression is not the actions of Western countries, but rather the need for state propaganda and its linked consequence of maintaining the leader’s popularity. Prior to the invasion, Putin’s popularity was in rapid decline because he was failing to meet public expectations formed by his own propaganda. Given that this is his calculation, no action by France or Ukraine will change it.

The Kremlin has other themes for its public (and the developing world.) It explains that it is engaged in a struggle with the “neo-colonial Western yoke”, as Foreign Minister Sergey Lavrov said. Even before the invasion of Ukraine, the proponents of this theory explained that the yoke is expressed through a vaguely understood obligation to “pay tribute” in the form of money that Russian elites repatriate abroad. A reasonable question arises: if the Kremlin equates every manifestation of the corruption that it fosters (which is systemic in Russia) as a “Western yoke”, why limit wars of aggression to Ukraine?

Meanwhile, tragically, the regime is returning to perhaps the oldest internal motivator of all — the stirring of hatred toward Jews. Putin’s foreign ministry had the gall to publish a denunciation of Israeli Foreign Minister Yair Lapid to justify Lavrov’s assertion that the Jewish people were victims of their own crimes during the Holocaust. Pro-regime Telegram channels meanwhile echo centuries of antisemitic tropes through the dissemination of conspiracy theories about the “Jewish Masonic plot” to destroy Russia and Ukraine.

The main goal of such theories is not so much to create hatred for Jews as such, but as another way to justify the war in Ukraine, denigrate President Zelenskyy personally (he is Jewish), and mobilize society with myths about the “war against the misanthropic World Government.” However, antisemitism is a natural consequence of such a policy, and it is in this context that Lavrov’s statements about “Hitler having Jewish blood” and the Russian Foreign Ministry accusing Israel of “supporting neo-Nazis in Kyiv” should be taken.

Once the argument had erupted (and despite a private apology from Putin), the state’s propagandists began to feast on their old food. Lavrov’s hawkish rhetoric was explained by invented stories about an alleged “secret decision of the Israeli Knesset to start supplying weapons and intelligence to Ukraine.”

The state machine must also explain events that at first sight are very bad news for Russia. Alternative explanations must be found even when they clearly result from Russia’s aggressive policy. It’s obvious that the only reason for Sweden and Finland to join NATO was Russian aggression in Ukraine (the polls in both countries showed a revolution in public thought.) However, pro-Kremlin analysts, unable to tell the truth, were forced to manufacture a theory of the “profound transformation of the elites” in the Nordic states. In particular, the propagandists argue that “most statesmen in Sweden and Finland are products of the era of unrestricted US dominance” and serve not national interests, but “the liberal world order.”

Russian foreign policy is a means of legitimizing domestic policy, and as long as the Kremlin denies both the fact and the consequences of its own actions, the West should understand that it is simply incapable of negotiations. They would not understand where to begin and would be terrified of where they might end.