The EU and the Riddle of the Vegetarian Tiger

The European Union is causing problems in its dealings with an increasingly nationalist Serbia. The answers are clear, but the bloc’s diplomats seem unable to grasp them. 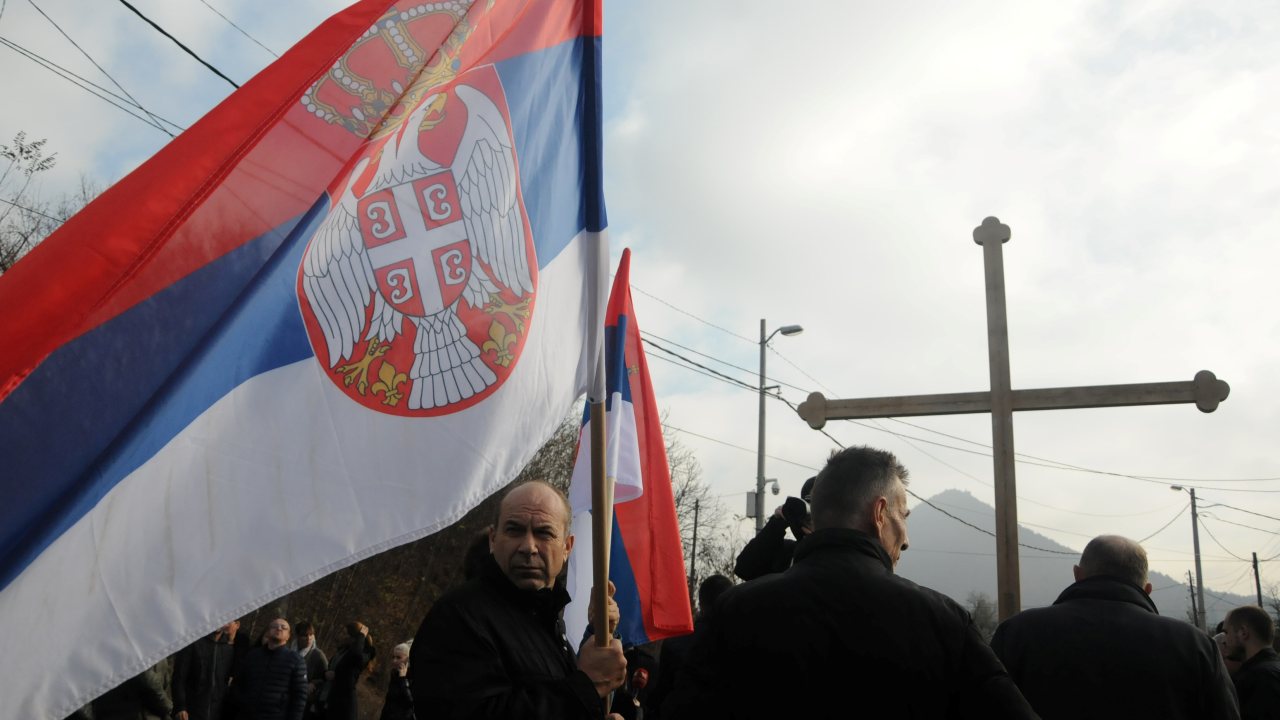 This week, the European Union (EU) opened what is known as Cluster 4 in Serbia’s accession negotiations, which includes four negotiating chapters, including transport policy, energy, trans-European networks, the environment, and climate change. Opening up Cluster 4 sends positive signals and suggests that Serbia has made tremendous progress and that the country is another step closer to obtaining EU membership. At least that is how it is being presented by the government. The truth is that the EU’s approach is disconnected from reality, and far from rewarding Serbian progress, it is rewarding stabilitocracy.

During the October launch of the EU’s 2021 enlargement package, the EU’s foreign policy chief Josep Borrell directly tied political conditions to EU membership. He stressed: “The new methodology is a merit-based approach. It puts a stronger focus on fundamental reforms, such as rule of law, fundamental freedoms, economy, and functioning of democratic institutions. Our partners need to address them, in the interest of their citizens and to advance on the EU path.”

In anticipation of the talks, Serbia responded by giving itself a hearty slap on the back. According to the minister charged with EU accession, Jadranka Joksimovi?, the EU had recognized “Serbia’s hard work in the areas of rule of law, judiciary, and its struggle against corruption and organized crime, having also noted Serbia’s determination to improve national judiciary by amending the constitutional provisions regulating the field.”

If only that were true. Far from having made considerable progress in promoting liberal democracy and fighting organized crime, Serbia has in the eyes of most informed observers been heading steadily in the opposite direction. Freedom House, for example, notes that Serbia under President Aleksandar Vu?i? has “steadily eroded political rights and civil liberties, putting pressure on independent media, the political opposition, and civil society organizations.”

Last week, the U.S. Department of the Treasury’s Office of Foreign Assets Control (OFAC) sanctioned 16 individuals and 24 entities due to their alleged involvement with transnational organized crime and corruption. Most of those individuals are Serbs or Kosovo Serbs, while the entities are based in Serbia and northern Kosovo, an area that is strongly under the influence of the Serbian government. Some of the names are well-known criminals — like the drugs and arms runner Zvonko Veselinovic, and Milan Radoicic — who enjoys strong support from the Serbian state, as well as Vu?i?’s Serbian Progressive Party.

In this context, the timing of the EU’s decision to open Cluster 4 is pretty mindboggling. It contradicts rather than reinforces the realities on the ground, and provides legitimacy to an increasingly authoritarian regime ahead of a crucial election slated for April 2022.

But that is only half the story — it gets worse.

Serbia is increasingly at odds with the US and EU over defense and foreign policy. In June, it participated in a tripartite military exercise with Russia and Belarus, two Western foes that are currently under targeted sanctions. In November, in stark contrast to the US and EU member states, Serbia voted to support Russia’s illegal occupation of Crimea at the UN General Assembly Third Committee vote, along with renegade and authoritarian states including Syria, Iran, Belarus, North Korea, and China.

Closer to home, Serbia has been an exporter of disruption, thereby challenging regional stability. For example, in September, Serbia dramatically escalated the Serbia-Kosovo dispute in retaliation for a seemingly trivial argument over vehicle number plates, going as far as sending tanks and combat aircraft to its border. Russia’s ambassador to Belgrade was also pictured near the Kosovo border inspecting troops alongside Serbia’s Minister of Defense.

Furthermore, by endorsing the idea of Srpski svet (i.e. Serbian world) and Serbian Unity, Freedom, and National Flag Day, high-level Serbian officials have emboldened radical Bosnian Serbs who continue to promote the idea of “Greater  Serbia” and secession of Republika Srpska, the Bosnian Serb entity within Bosnia and Hercegovina. Earlier this month, the Bosnian Serb parliament voted to withdraw from the Bosnian Army, security services, tax system, and judiciary — a first step in secession.

Moreover, Serbia’s EU membership is dependent on progress in its dialogue with Kosovo, established to promote “normalization” of relations between Serbia and Kosovo following the 1999 war and its fallout. Yet the EU has rewarded Serbia with talks on future membership while continuing to withhold visa liberalization for Kosovo (although it has met all requirements and is a pro-Atlanticist state) while pressuring it to implement controversial aspects of the Brussels Agreements. Last week, Borrell urged Kosovo to establish the so-called Association of Serb Majority Municipalities (ASM). Some critics fear that the group’s establishment is reminiscent of Republika Srpska and that it could similarly develop into a zone of instability. But whatever threat the association poses, Borrell’s timing could not have been worse.

That said, the opening of Cluster 4 seems more like an EU incompetence than anything more sinister and promotes the longstanding stabilitocracy, a term that refers to a semi-authoritarian regime “which receives external support, in particular from EU member states, for the sake of the (false) promise of stability.”

Whatever the cause behind the EU’s mishandling of Serbia, a failure to halt the country’s democratic backsliding will have serious consequences. At home, Serbia will continue to drift towards authoritarianism. That means Vu?i? will become more dependent on rewarding supporters and punishing opponents. That could lead to a deepening of existing relations with China, which already include high-tech Huawei surveillance, a large broadband program, and the accompanying debt traps. Regionally, Serbia will increasingly team up with the Kremlin to further destabilize the region through disinformation campaigns and by exploiting societal cleavages. This is a threat to Europe — past experience suggests that what happens in the Balkans does not stay in the Balkans.

To be clear, the EU, at least on paper, has numerous carrots and sticks at its disposal, more than any other player in the region. Nearly 70% of Serbia’s exports head to the EU market. Between 2009 and 2018, the value of Serbia’s exports to the EU more than tripled, from €3.2bn ($3.6bn) to €10.9bn. Foreign direct investment (FDI) from the EU amounted to €13bn from 2010 to 2018, or 70% of Serbia’s total FDI. The EU is also Serbia’s largest donor. For example, the EU’s Instrument for Pre-Accession Assistance alone from 2014 to 2020 amounted to €1.54bn for programs for competitiveness and growth; environment, climate change and energy; transport; and agriculture and rural development.

However, EU potential leverage becomes useless in the absence of clear goals, and synchronizing carrots and sticks with Balkan realities. EU leverage, like the opening of Cluster 4, should be used to reinforce regional development rather than rewarding regression. Appeasement is the equivalent of feeding steaks to a tiger and expecting it to become a vegetarian. Effective policymaking starts with problem identification, which in this context, means calling out Vu?i?. If the EU wants to promote a successful foreign policy in the Balkans, it needs to take greater care to back up progress with rewards, and not be afraid to use coercive diplomacy to punish destabilizers.

Dr. Leon Hartwell is a Senior Fellow at CEPA, affiliated with both our Transatlantic Leadership and Democratic Resilience programs.