The Drone That Won Ukrainian Hearts

A pilotless gray drone has become the symbol of a nation at war. 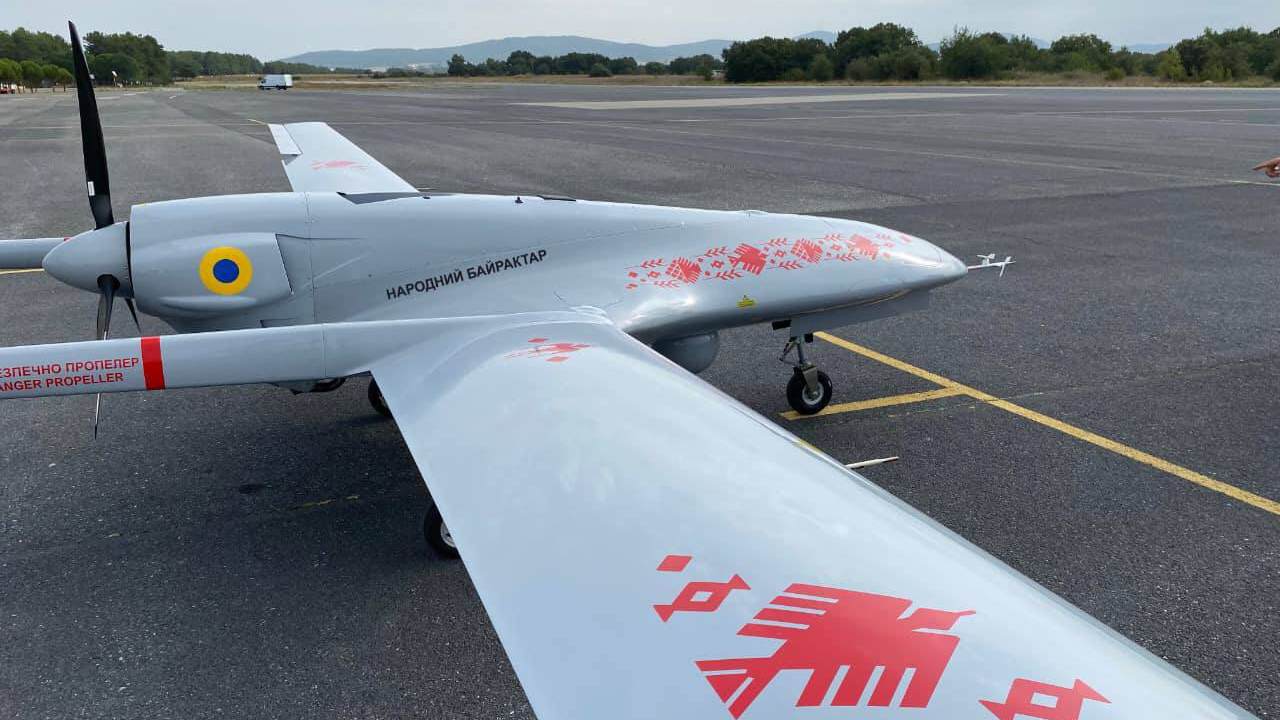 Iran vs. the People: A Test of Legitimacy Western Elites — Rubles Bought (Some of) the Best What’s a Russian? How Western Tanks Will Make a Difference in Ukraine Rebuilding Ukraine: A Historic Plan for Congress Wagner and the Serbs Russian Media in Exile and Latvia: The Limits of Free Speech
Explore

The must-have cuddly toy for children in Ukraine this year isn’t a teddy bear, it’s a plush replica of a Bayraktar TB-2, the drone which has helped halt Russia’s advance and which has helped to inspire Ukraine’s extraordinary defense of its continuing independence.

Emblazoned with the Turkish-made aircraft’s name and the insignia of the Ukrainian military, the toy is a sign of how important symbols have become in the bid to maintain morale in a fight against a terrorist state.

The drone, loathed by the occupiers for its ability to carry out stealthy strikes on soldiers and military hardware, has entered many fields of Ukrainian mass culture. A song by Taras Borovok, written on the day of the invasion, sings the Bayraktar’s praises while ridiculing the invading Russian as “sheep,” has spawned countless YouTube videos and is repeatedly played on the radio.

With the help of at least 50 Bayraktar TB-2s, Ukrainian forces can pose a significant threat to Russian equipment and troops, either acting as spotters for ground artillery units, or carrying their own weaponry. The drone also played a part in the famous sinking of the Russian Black Sea flagship Moskva, an attack that caused Russia’s navy to loosen its blockade and ultimately led to the liberation of Snake Island, a key base south of Odesa. Bayraktar now features art, design, and graffiti, and its hold over Ukrainian mass culture keeps growing.

The symbolism attached to the Bayraktar is familiar to students of Roland Barthes’ concept of semiology, the science of signs. While being a vital piece of equipment, the drone also carries a deeper meaning as a symbol of “heavenly punishment” for invaders who brought death to their neighbors.

The drone’s cultural prominence is having a practical as well as a psychological effect. A record-breaking Ukrainian fundraiser to purchase four Bayraktar drones raised 600m hryvnias ($20m), while two further drones were purchased by Poles and Lithuanians to show their support for Ukraine’s resistance. Similar fundraising campaigns are now underway in Norway and Canada.

Baykar, which builds the $2m drones and understands the importance of its “birds” as symbols of the struggle, refused to accept the payments, transferring the money instead to cover other needs of the Ukrainian Army. Reports say the country has ordered so many additional aircraft that Baykar is now producing for Ukraine alone.

The company has benefited significantly as a result of its high-profile involvement in the conflict. The drones have undergone brutal field testing in a full-scale war, although they had previously been used during the smaller Azerbaijan-Armenia conflict of 2020. Thanks to cooperation with Ukraine, Baykar was able to make sure that their equipment is a “field-proven and very practical system.”

The effectiveness of drones is nonetheless debated by military experts. While most accept that they had a significant impact at the outset of the war, their relative slowness means “many” (including 13 confirmed losses) have been shot down by improved Russian air defenses and that Ukraine is now deploying them more carefully. Even so, Bayraktars have been credited with the destruction of more than 80 items of Russian military hardware, including 10 helicopters and 13 surface-to-air missile systems.

In a nod to the effectiveness and symbolic importance of the Bayraktar, Vladimir Putin recently asked Recep Tayyip Erdoğan, his Turkish counterpart, to agree to the construction of a Bayraktar production facility in Russia. Baykar CEO Haluk Bayraktar said his company “would never do such a thing” because it supports Ukraine’s sovereignty and resistance.

The company does, however, have plans to build the drones in Ukraine, and is awaiting parliamentary approval before starting work on a factory, Vasyl Bodnar, Ukraine’s ambassador to Ankara, said in an interview with RBC-Ukraine.

Ukraine hopes that other advanced defense manufacturers will follow Baykar’s example, both in war and in peace. Ukraine faces a huge task in reconstructing what Russia has destroyed and Western companies are expected to play a large part in the effort.

How many of them will hop on the train of new possibilities depends on their readiness to take a risk and to benefit greatly from it.