The Belarusian Opposition — Alive and Kicking

After 12 months of brutality — the jails were so full of citizens that the regime had nowhere to put its prisoners. 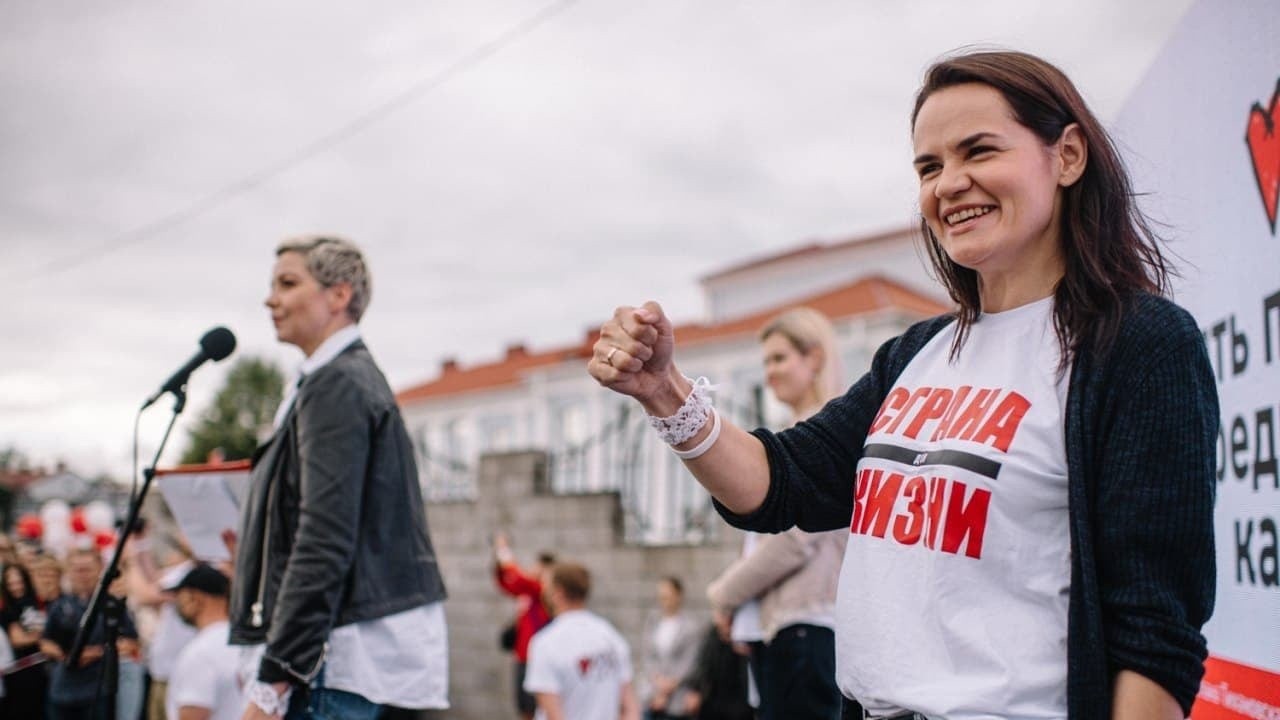 It is equally clear that opposition leader Sviatlana Tsikhanouskaya and her supporters have survived the initial waves of repression, and that their movement is prospering.

The opposition has made good progress. In recent months, Tsikhanouskaya and her team have met with high-profile Western dignitaries, kept the international spotlight on Belarus, and helped persuade the West to implement new sanctions on the Lukashenka regime.

Should this movement maintain its unity, and should Lukashenka be ousted by democratic means, the opposition groups may reasonably hope to form the core of a future government.

How did the opposition movement form, and how did it evolve?

The August 2020 Belarusian presidential election was a farce. Devoid of serious electoral observers, there was nonetheless substantial evidence that the vote was rigged to deliver a Lukashenka victory. Exit polls falsely showed Lukashenka winning heftily, and that Tsikhanouskaya barely registered 10% of the vote. Opposition appeals to the Belarusian Central Election Commission were ignored.

A highly developed opposition campaign martialed tens of thousands of street protesters, drawing on a well of anger at the regime’s behavior. As these early, peaceful demonstrations eased into the night, police officers and security forces used rubber bullets, tear gas, water cannons, and flash grenades against the protestors. Many were injured.

News of the police brutality and the arrests, as well as the disappearance of some Belarusians, spread throughout the country. In response, larger demonstrations erupted in several major cities and continued for months, despite the government’s savage response. Members of the opposition formed a coalition behind Tsikhanouskaya, and she became the head of the Coordination Council for the Transfer of Power. The opposition leader then quickly issued three demands to the Lukashenka regime. First, the initial election results should be invalidated. Second, government forces must stop their violence against the protestors. Third, all detained political prisoners and protestors should be released.

Lukashenka instead turned to Russian President Vladimir Putin for assistance. Several Russian dignitaries met with the Belarusian president, where they expressed their support, and Russia’s assistance eventually brought a brutal end to the demonstrations. The opposition movement, however, continues to this day.

Firstly, Tsikhanouskaya and other opposition members were forced into exile, losing some control of events on the ground but able to use foreign media appearances to make a wider audience aware of what was happening. They have published articles and reports on the Lukashenka regime and its human rights abuses.

Second, the goals of the opposition movement have transformed. Initially, protestors called for fair elections. They did not demand Belarus’s integration with the West, nor did they question their country’s close relationship with Russia. That has now changed, spurred by Lukashenka’s growing subservience to Putin. The 2021 opposition is now markedly keener on improving Belarus’s relations with the West.

Third, the opposition movement has engaged in an active diplomatic campaign to speak to Western leaders and win their support. Tsikhanouskaya and her team have worked tirelessly to meet Western leaders to discuss how to implement democracy in Belarus. For example, Tsikhanouskaya and her team have talked to several foreign ministers from the European Union. Most recently, she met with U.S. President Joe Biden and British Prime Minister Boris Johnson.

The opposition has mostly managed to stick together, rather than splintering into factions, something Lukashenka’s regime will have hoped for. And it has helped make the case for the rafts of new sanctions imposed since the election debacle. For example, the European Union, United Kingdom, Canada, and the United States have implemented new measures against the Lukashenka regime, the first time Western governments had imposed new penalties on the Belarusian president and his cronies in several years. The opposition press has shown itself to be resolute, tech-savvy, and well-informed about events on the ground.

Moreover, members of the U.S. Congress have established the bipartisan “Free Belarus” Caucus. Numerous pieces of legislation have also been introduced in Congress. Meanwhile, European Parliament awarded the Sakharov Prize for Freedom of Thought to Tsikhanouskaya for her service.

There is no room for complacency. Belarus seems far away from a settlement satisfactory to its people, and Russia remains absolutely opposed to a democratic outcome. Many opposition figures are in jail or have been silenced. Nonetheless, the opposition has gained ground for its cause and has shown a steely willingness to make sacrifices for the country. They have gained worldwide support, and they have forced Western governments to pay attention to Belarus. The opposition movement has evolved into something that was initially unimaginable — it has survived and prospered.