Tech Sanctions Against Russia Are Working

Western sanctions are crippling Russian industry, including its military producers. Russia will now try to use China, Iran, and India to fill the gap. 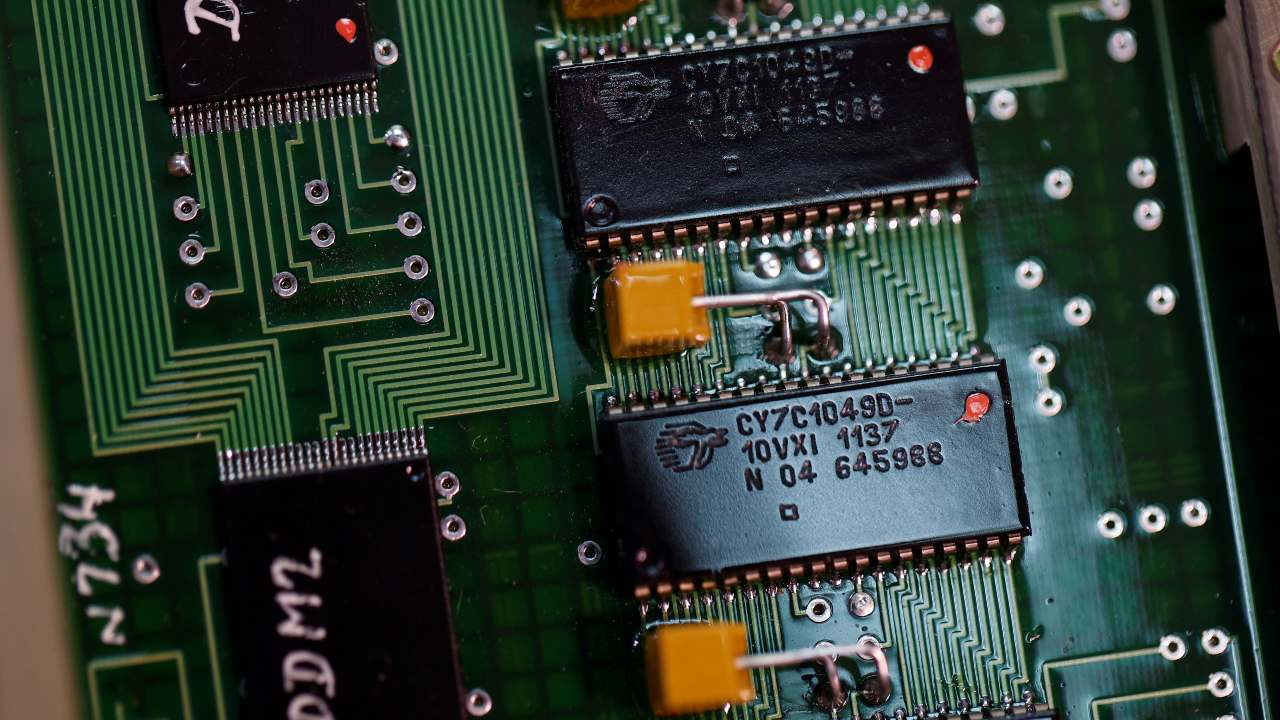 Photo: A detail photo shows Cypress Semiconductor chips in the on-board computer of a Russian 9M727 missile that was collected on the battlefield by Ukraine's military and presented to Reuters by a senior Ukrainian security official, in Kyiv, Ukraine, July 19, 2022. To match Special Report UKRAINE-CRISIS/RUSSIA-MISSILES-CHIPS Credit: REUTERS/Valentyn Ogirenko

Although Russia’s energy revenues allow the Kremlin to keep the population out of poverty, Western sanctions are scoring direct hits on its economy.

Russia’s war machine is reeling. Due to the lack of foreign components, two major tank plants — Uralvagonzavod Corporation and Chelyabinsk Tractor Plant — have stopped work. Missile factories are struggling to obtain chips to power guidance systems. The Russian army is left dependent on outdated if deadly, tanks and missiles.

In response, the Kremlin has turned to China. Ever since the annexation of Crimea in 2014, Russia has opted to use Chinese instead of Western technology. In 2021, China accounted for 72% of imports of computers, 72% of telecommunications equipment, and 56% of semiconductors.

The US knows that Russia is reorienting itself towards China. It warned China that it would face consequences for helping Russia circumvent sanctions.

China listened, at least to begin with. Its main trading partners are Western countries and their allies, while Russia accounted last year for only 2% of total trade. After the imposition of sanctions, many Chinese tech companies pulled out of the Russian market. Chinese shipments of laptops to Russia fell by 40% in March compared with February, while exports of smartphones were off by two-thirds, US Commerce Secretary Gina Raimondo said. Exports of telecommunications network equipment fell 98%, she added.

But as the war in Ukraine drags on, China may be reversing course. In June, Xi Jinping confirmed that the two countries will “continue supporting each other’s respective core interests concerning sovereignty and security.” Andrey Denisov, Russia’s Ambassador to China, said in an interview on July 11 that “the threat of secondary sanctions against Chinese companies affects bilateral trade, but this influence is by no means critical.” Sino-Russian technical cooperation continues to develop, he said.

After the initial drop following the invasion, Chinese customs data show that chip shipments from China to Russia more than doubled in the first five months of 2022 compared with a year earlier, while exports of other components such as printed circuits recorded double-digit percentage growth. Most of that change is likely to have come after the full-scale invasion on February 24 and the tough Western sanctions that followed. For example, after the start of the war, the Chinese company Huawei halted deliveries to Russia but resumed them in July. Huawei meanwhile significantly stepped up the hiring of employees for its Russian subsidiary.

Chinese companies have become a lifeline for many Russian industries. Components from China helped restore AvtoVAZ’s production and Chinese cars have been chosen for Russian car-sharing fleets. Russian banks are switching to Chinese ATMs and bank cards. In April, the Russian Ministry of Internal Affairs purchased Chinese surveillance equipment.

China’s involvement alarms the US. As recently as May, the US issued a statement that it had no claims against China for the systematic violation of export controls. A month later, the US accused five Chinese companies of supporting the Russian defense sector.

The Kremlin is alive to the risks of over-dependence on China and is turning to Iran and India. In June, Vladimir Putin instructed the Foreign Intelligence Service to oversee efforts to obtain technology for industry, including the use of deploying gray schemes. The Kremlin is trying to speed up import substitution, though past efforts have had little effect.

A July 19 report from Yale University economists detailed the impact and concluded: “Defeatist headlines arguing that Russia’s economy has bounced back are simply not factual — the facts are that, by any metric and on any level, the Russian economy is reeling.”

Tech sanctions in particular are hurting Putin and his war machine. Their continuation, or extension, will cut off Russia from access to the crucial components of a modern economy and degrade its ability to wage war.