Sweden Pays for a Negative Election

The country’s governing parties appear to have lost power and to have strengthened the far-right. 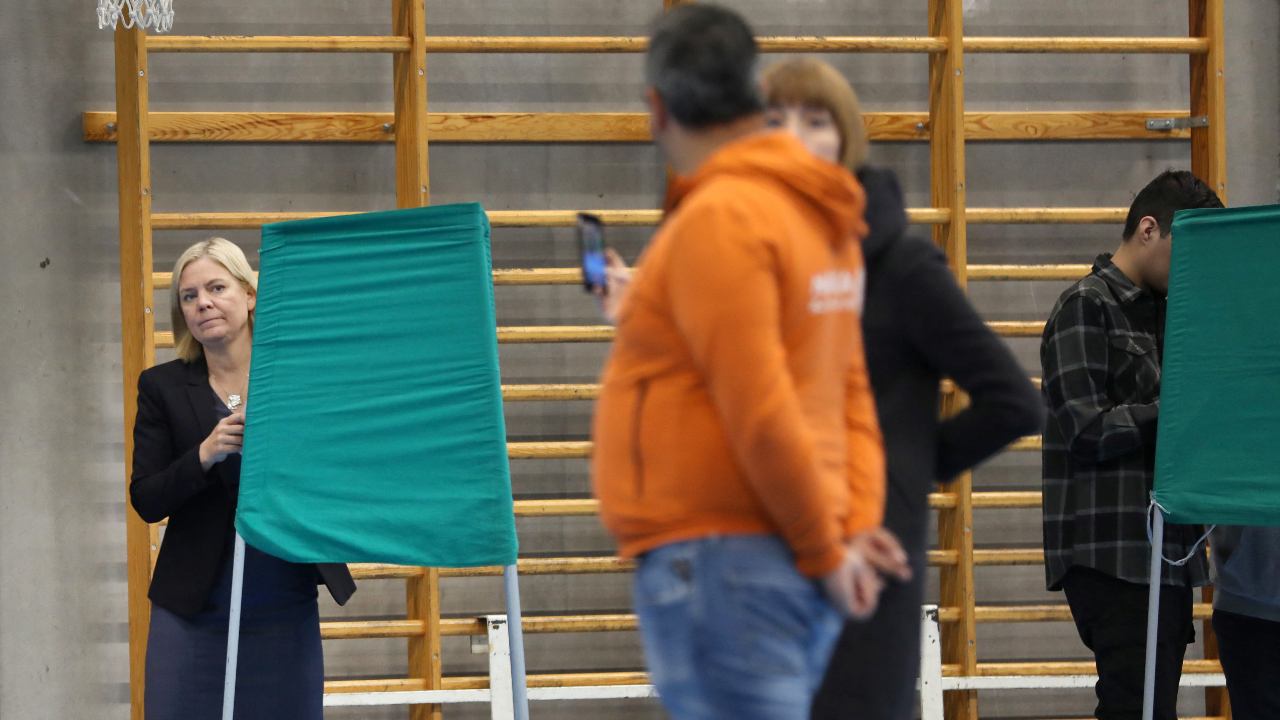 In Sweden’s just-completed parliamentary elections, the governing Social Democrats and their allies the Greens used heavily negative campaigning. It seemed to work — until very late on the election night, when the tide suddenly turned in favor of the opposition center-right grouping. That electoral alliance, led by the Moderates, now looks virtually certain to take power, albeit with an extremely slim majority.

The Social Democrats’ and Greens’ negative campaigning, though, has significantly damaged Sweden.

According to Sweden’s Social Democrats and Greens, that makes you a near-fascist. During the campaign for the September 11 parliamentary elections, representatives of the Social Democrats and the Greens — including Prime Minister Magdalena Andersson — deployed an ugly strategy of regularly characterizing the center-right parties as “blue-brown”, with brown of course referring to fascism. The allegations are linked to the fact that the three parties have expressed a willingness to work with the Sweden Democrats, the far-right party that within the past one and a half decades has gone from a marginal protest party to one of the country’s largest. For years, the established parties refused to work with the Sweden Democrats, which resulted in hopelessly weak governments, as the center-left and center-right blocs were both too small to form a majority.

The Social Democrats and the Greens thought that besmirching their opponents in this manner would weaken them. They were right. Both the Moderates and the Christian Democrats lost votes, as did the Liberals, though the latter put in a late-stage spurt that helped them remain in the Riksdag. With nearly all votes counted, the Moderates have 19.1% support, down by 0.7% compared to the 2018 elections. The Christian Democrats have 5.4%, down by 0.9%, and the Liberals have 4.6%, down by 0.9%.

To be sure, the three parties made some mistakes too, but the fascist label did a great deal of harm. It didn’t, however, harm the Sweden Democrats, the prime target of the negative campaign: the party has emerged as the election’s main victor, with 20.6% of the vote, up by 3.1%. The Social Democrats – the country’s most frequent governing party, won 30.5% of the vote, a 2.2% increase; while the Greens won 5.1%, up by 0.7%; and the Left Party won 6.7%, down by 1.3%. Their new ally, the formerly center-right Center Party, also won 6.7%, down by 1.9%. It too had bet its fortunes on creating fear around the Sweden Democrats. Instead, it helped empower them.

“Team Magdalena Andersson went into the elections focusing on SD [the Sweden Democrats] as a threat and a big bag of money – but without any real policy. The destructive tactics have made [Sweden Democrat leader] Jimmie Åkesson the big winner,” the daily Expressen concluded.

Indeed, thanks to the Sweden Democrats’ strong showing the center-right bloc — of which the Sweden Democrats are now part — is virtually certain to have won 175 of the Riksdag’s seats, compared to 174 seats for Andersson’s center-left bloc. The Sweden Democrats will, unsurprisingly, demand a big say in the likely center-right government to be headed by the Moderates’ leader, Ulf Kristersson. As for all the voters the Social Democrats and Greens demonized by labeling them fascist, well, the experience is not exactly going to strengthen their faith in fair play.

Perhaps the Social Democrats labeled the opposition fascists because they didn’t really have a lot of new ideas to present to voters: as Expressen noted, the Social Democrats basically offered a menu of fascist fear and new government handouts. That’s far from the serious solutions needed in a country suffering not just from an energy crisis and problems with its schools and healthcare system, but also with a gun-violence epidemic emanating from 61 areas with high immigrant numbers, and unmatched anywhere else in Europe. What to offer when you have – as is the case with the Social Democrats – been in charge for eight years, during which you’ve been unable to tackle any of the problems now plaguing the country?

Even on the vital issue of NATO membership, the Social Democrats didn’t change their long-standing opposition until Finland – governed by a Social Democrat-led government – decided to join and left Andersson no choice but to follow suit. The center-right had long been in favor of NATO membership, and in early April the Sweden Democrats, too, decided that Sweden ought to apply.

Negative campaigning must have seemed like an attractive proposition that would draw attention to the Sweden Democrats and away from the Social Democrats. It was also a Faustian bargain, and one that will needlessly harm the country. “Play the ball, not the man” is sage advice in Swedish politics as well as in soccer.

Now a weakened Kristersson is likely to form a government with the Christian Democrats and possibly the Liberals, supported by the Sweden Democrats. Regardless of one’s political leanings, a governing party with the dearth of new ideas demonstrated by Andersson and her team deserves to be replaced.