Suffer Not the Little Children 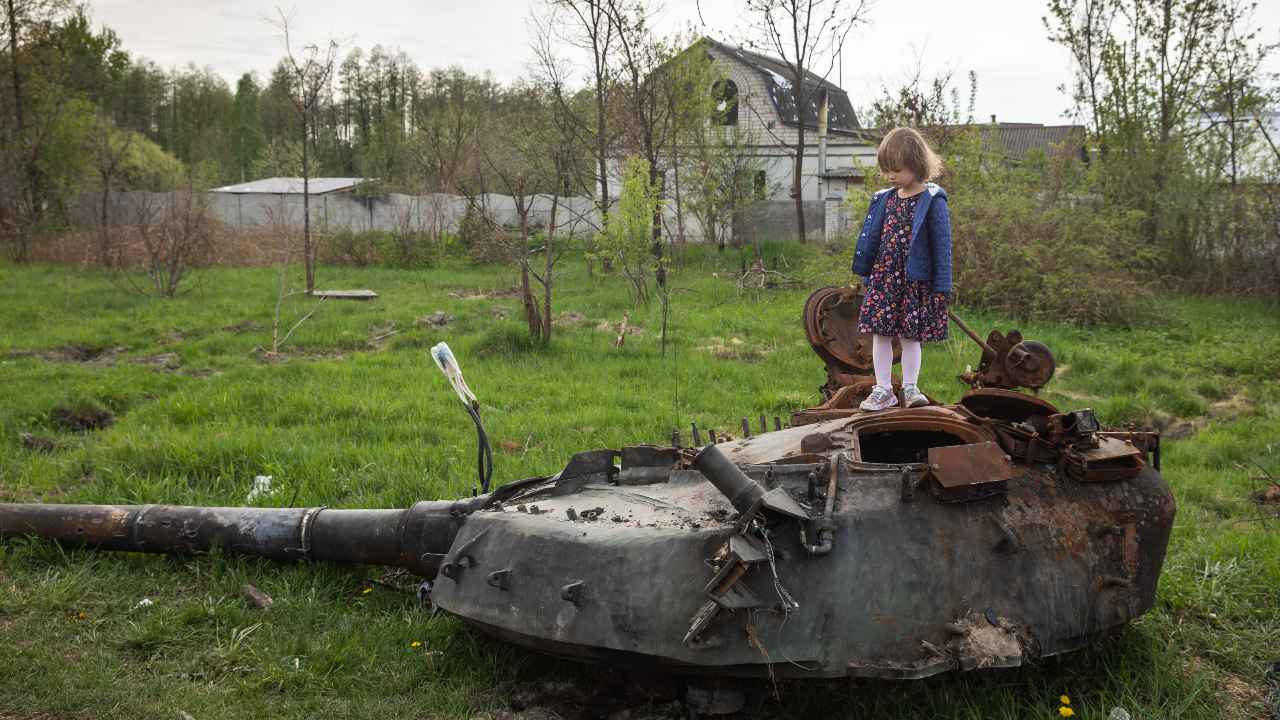 Russia has, the Ukrainian government says, seized thousands of Ukrainian children and removed them from the country. The experience will cause lasting harm to the children – who are likely to lose their Ukrainian identity altogether. The policy is extraordinary and resurrects a dark art practiced by the Nazis.

Separating children from their parents as a tool of punishment violates both the Genocide Convention and the UN Convention on the Rights of the Child. In the latter, which was adopted in 1989 and has been ratified by 196 countries including Russia, the signatories agree that “in all actions concerning children, whether undertaken by public or private social welfare institutions, courts of law, administrative authorities or legislative bodies, the best interests of the child shall be a primary consideration” and undertake to “ensure the child such protection and care as is necessary for his or her well-being, taking into account the rights and duties of his or her parents, legal guardians, or other individuals legally responsible for him or her.”

Russia has trampled on its obligations. Children are being killed and maimed as part of Russia’s invasion of Ukraine, but Ukrainian authorities also accuse Russian authorities of having seized thousands of children from their homes and taken them to Russia.

“More than 1 million Ukrainian citizens have been transferred to different regions of Russia, including more than 234,000 children. Several thousand of them are orphans or deprived of parental care,” Ukraine’s ambassador to the United Nations, Sergiy Kyslytsya, told the UN Security Council earlier this month. In May, an adviser to President Volodymyr Zelenskyy said that to date, Russian authorities had transported 2,000 Ukrainian children – who were either orphaned or separated from their parents – to Russia. (Perhaps unsurprisingly, the details have not been confirmed by the Russian government.) The UK has sanctioned Russia’s child commissioner, Maria Lvova-Belova, and accused the Kremlin of a ”barbaric” campaign of forced transfers and adoptions.

Child theft is a policy long favored by authoritarian regimes and occupying powers. During Argentina’s “dirty war”, for example, authorities took some 500 children from opposition activists and gave them to adoptive families loyal to the regime. But the true godfathers of this despicable practice may be the Nazis. The Nazi regime infamously had no respect for any kind of humans whom they considered different, but the Nazi authorities’ treatment of resistance activists’ children remains a little-known and extraordinarily callous chapter of modern history – and today seems like a direct precursor of Russia’s actions.

Consider the fate of the children of the men involved in the 20 July 1944 coup. After the coup failed, the Gestapo and other Nazi authorities quickly arrested everyone even minimally involved. In no time, 600 plotters had been jailed or executed, some in the most barbaric manner. Their wives – who, in an arrangement made by most of the couples, knew nothing about the coup details so as to allow their children to grow up with at least one parent if the coup failed – were jailed too, leaving the children at the mercy of the authorities. Many were swiftly sent to orphanages, where they were given new surnames and the younger ones were given new Christian names too. Upon arrival, they had to relinquish any belongings – including letters – that could remind them of their families.

One was three-year-old Corrado Pirzio-Birroli, a grandson of the distinguished German diplomat Ulrich von Hassell, who had been executed as a coup participant. Little Corrado’s mother, Fey von Hassell, had been arrested too, on the basis of her blood relationship, and the father — Italian officer and resistance activist Detalmo Pirzio-Biroli — was unable to thwart the kidnapping of Corrado and his two-year-old Roberto.

Corrado and Roberto were taken to an orphanage in Tyrol and assigned a new surname. Not long afterward, they were given to an Austrian regime-friendly family. “We had been adopted by an Austrian family when my grandmother von Hassell managed to track us down,” Pirzio-Biroli told me in 2014. “So before I was proud of my grandfather, I was proud of my grandmother, because she saved us.” As the war was reaching its chaotic end, grandmother von Hassell — Ilse von Tirpitz — fearlessly combed the Reich to find the toddlers. Even in 2014, when Pirzio-Biroli was 73 years old, the memory of having been taken from his parents was painfully etched in his memory. But he remained fiercely proud of his grandfather, who sacrificed his life for a Germany free of Nazi rule, and of his grandmother, who refused to accept that Corrado and Roberto should lose their identities.

It’s safe to say that there will be no army of feisty Ukrainian grandmothers able to retrieve kidnapped Ukrainian children from Russia. Unless something wholly unexpected happens, the children will become Russians, and the Ukrainian parts of their history and personality will fade until they no longer exist. That is, of course, precisely what Russia wants to do to Ukraine: to purge its Ukrainian identity. One shouldn’t easily compare any leader – including Vladimir Putin — to Hitler, but in taking children away the two have gone down the same sinister path.